"I get frustrated with people who believe that"

Stina Nilsson needed a new challenge and threw a rifle at her back. For SVT Sport, the star tells about what irritated her the most after the change of sport. - I get almost frustrated with people who think I think this will happen in a jiffy, Nilsson says. 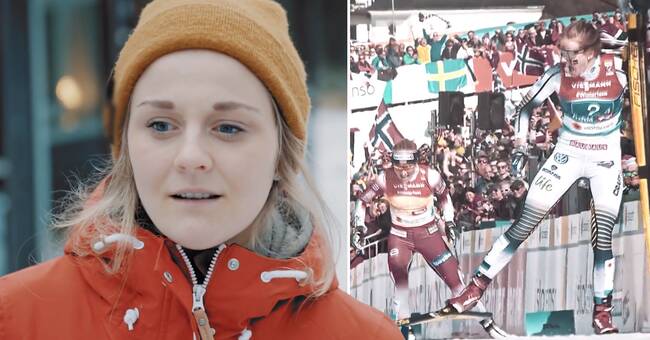 Stina Nilsson chose to leave a successful career as a cross-country skier to instead grab a rifle and retrain as a biathlete.

But she would not call it because she was measured as a cross-country skier, says Stina Nilsson in SVT Sports' series "Vinterstjärnan".

- I realized that I would never be able to top it.

But from the top you see another mountain that you would like to try to get to.

It is more a hunger for something new, than a satiety over something else.

Stina Nilsson is prepared for a tough journey, the one to establish herself as a biathlete.

Something that may irritate her is that others seem to think that she takes that task lightly.

- I am very humble that this process will take time.

I almost get frustrated with people who think I think this is going to happen in a jiffy.

I think it will be a patient task and I am willing to take on that challenge, says Nilsson

No aim at the World Cup

It is in February that the big highlight of the season comes for the biathletes, namely the World Cup in Antholz, Italy.

But not for Stina Nilsson, according to herself, who does not see that she will be ready for that task.

- My goal with the season is to identify my strengths and weaknesses as a biathlete, so that before next year I can bring more meat on my legs and then know what I need to get better at.

I can absolutely not say that the World Cup is my big goal because I do not see that my chances and my capacity will be enough in the current situation.