The Shabab Al-Ahly Football Company announced the contract, officially, with coach Mahdi Ali, to take over the coaching of the first team, succeeding the Spanish coach Gerard Zaragoza. this step 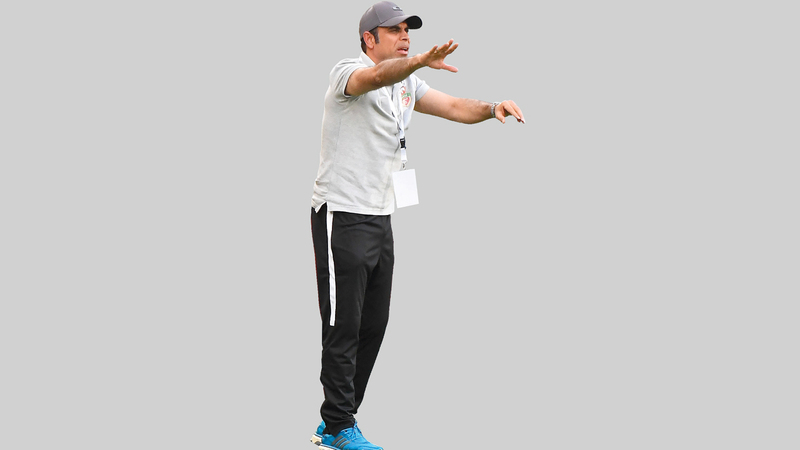 His contract extends for a season and a half

The club stated that he had contracted with Mahdi Ali on a contract that extends for a season and a half, but he did not disclose the financial reward, and said: “This move from the football company comes to its confidence in coach Mahdi Ali and his ability to achieve the desired results for the team that competes in a number of local tournaments.” .

He added, "The football company thanked the Spanish coach, Gerard Zaragoza, and the auxiliary apparatus, for their efforts with the team, and wished them success."

Mahdi Ali led his first training session with Al-Ahly youth yesterday, as he prepares to face Fujairah the day after tomorrow in the tenth round of the Arab Gulf League, as "the engineer" awaits a difficult task with the team, especially since Al-Ahly youth occupies seventh place in the league standings list with 14 points. Nine points difference from leaders Sharjah, after the team achieved only three victories, tied in five matches, and lost one match, while the Dubai Knights qualified for the President’s Cup quarter-finals, where it faces the UAE next week, while it plays in the quarter-finals of the Arabian Gulf Cup. With Khorfakkan.

It is noteworthy that Mahdi Ali preceded the leadership of Shabab Al-Ahly in the 2017-2018 season, succeeding the Romanian coach Ulario Cosmin, as the team finished fifth in the Arab Gulf League, while it came out of the semi-finals in the President's Cup and the Gulf Cup.