Ronald Koeman sees Frenkie de Jong as one of the supporting players of his team, but the FC Barcelona coach believes that the midfielder can make an even greater contribution from a more attacking point of view. 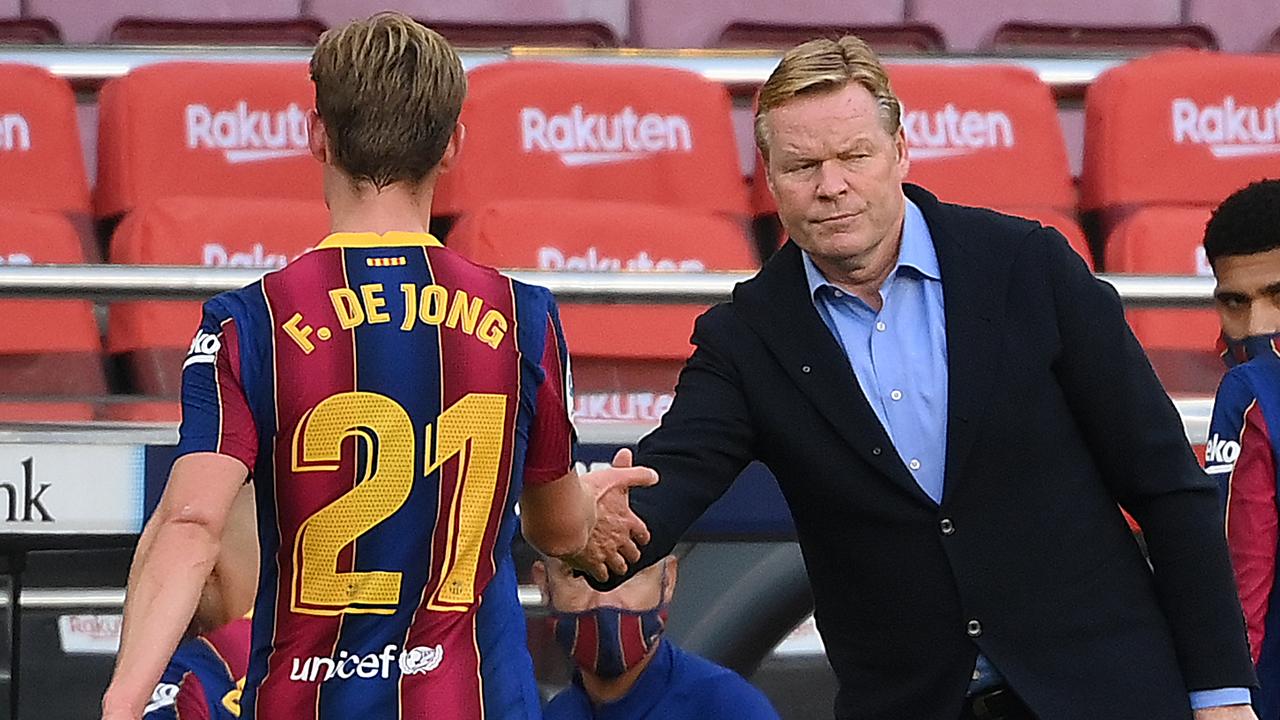 Ronald Koeman sees Frenkie de Jong as one of the supporting players of his team, but the FC Barcelona coach believes that the midfielder can make an even greater contribution from a more attacking point of view.

"He is the player who always takes care of the build-up from behind. But he also has the qualities to be more offensive," said Koeman at the press conference on Tuesday in the run-up to Wednesday's league game against Real Sociedad.

"Frenkie is fast on the ball and has the qualities to find the spaces. With his game intelligence, he must be more important in the enemy half. We are working hard on that."

De Jong was in the starting line-up in all eleven league matches of Barcelona this season, but has not yet scored.

Only once was the former Ajax player the principal for a goal.

He also came to one assist in the Champions League.

'Accept that we cannot always win'

Barcelona is currently working on a very difficult season.

Sunday's 1-0 against Levante was only the fifth victory for the current number eight of La Liga.

With Real Sociedad, the surprising leader of Spain awaits on Wednesday, although that team has played two more games than Barcelona.

"Sociedad is a strong team, with many guys who have known each other for years. We will have to put a lot of pressure when they are in possession of the ball. And above all we must radiate a lot of confidence."

"The pressure is enormous here, everyone is demanding that you win every match. But the situation of the club is different at the moment and it has to be accepted that we cannot always win."

The match against Real Sociedad is the second of three home games in a row for Barcelona.

Valencia will be the opponent in Camp Nou on Saturday.