The wheel of the Arab Gulf League is back in circulation, again, after the excitement of the cup matches, and the early exit of a number of large teams. The ninth round begins tomorrow, where the date is with the Sharjah Clasico and its guest Al Wasl, as the "king" will find himself in a difficult test in front of Al Wasl, who is ecstatic with his victories. 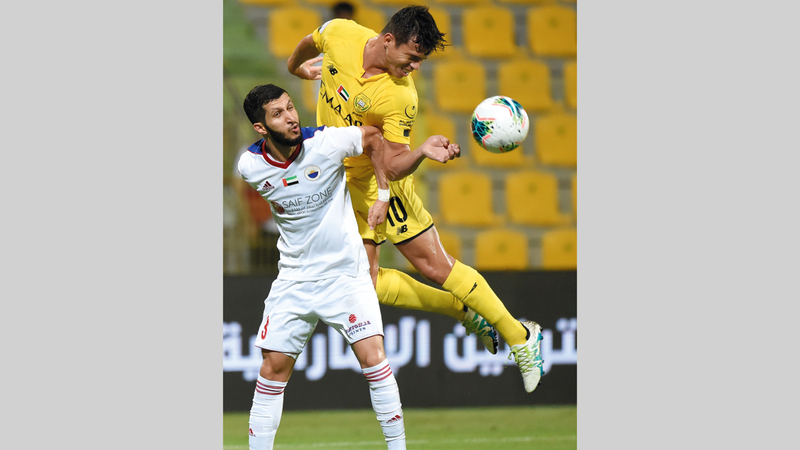 The wheel of the Arab Gulf League is back in circulation, again, after the excitement of the cup matches, and the early exit of a number of large teams.

The ninth round will start tomorrow, when the date is with the Sharjah Clasico and its guest Al Wasl, as the "king" will find himself in a difficult test against Al Wasl, who is ecstatic with his recent victories.

On the other hand, Al Jazeera clashes with Al Wahda in the Abu Dhabi Derby in a confrontation to heal wounds and struggle over the prescription, after the two teams bid farewell to the cup in front of Al Dhafra and Al Nasr.

Sharjah reckons a lot for the Al Wasl match, especially since the latter had already on several occasions beat "the King".

Sharjah is top by 20 points, eight points ahead of Al Wasl Eighth (12 points).

He had won the last two rounds over Ajman and Fujairah, while he qualified in the Cup at the expense of Fujairah as well.

On the other hand, Sharjah does not want to bleed other points, after it tied in the last two rounds against Shabab Al-Ahly and Khor Fakkan.

As for the Abu Dhabi derby, it will be difficult to predict the outcome, in light of the fluctuation of the results of the two teams, despite some stability for them in the league, especially for the runner-up Al Jazeera.

And in Dar Al-Zain, Al-Ain will search for a restoration from Ajman, who removed him from the cup a few days ago, and both teams are going through a major results crisis at the league level, especially for Ajman in the penultimate position with only two points, and after six defeats.

In Dubai, the youth of Al-Ahly will find themselves in a difficult test against the strong Al Dhafra, both inside and outside their stadium.

In the emirate, there will be a special and strong derby between Khor Fakkan and the Kalba Black Horse Federation for the championship, in a strong match in which Khorfakkan seeks to confirm its revival by achieving a new victory, while Kalba wants to continue in the safe zone.

The bottom-ranking team Hatta is looking for a first win, as it hosts Bani Yas.

And he had met with the same team in the Arabian Gulf Cup.

It is considered one of the good matches Hatta played this season.

Hatta, with Ajman, is the only two teams that have not achieved any victory this season.

Matches of the 9th round