Al-Ain coach: 10 defeats in 29 matches and without a fixed formation

The numbers reveal the modest results achieved by Al Ain coach, Pedro Emmanuel, since he was signed last January until today. During a short period of his career, as he had not completed his first year yet, Pedro played 29 matches, losing 10 times, without settling on a fixed formation in 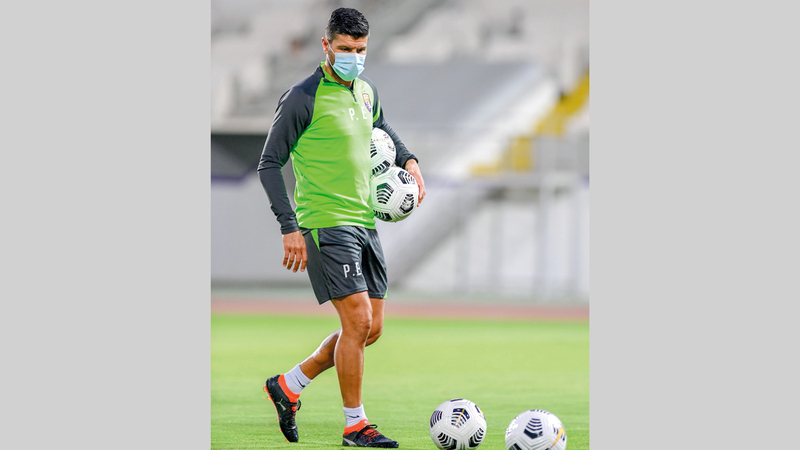 Al-Ain coach: 10 defeats in 29 matches and without a fixed formation

A difficult period coach Pedro is going through with Al Ain.

The numbers reveal the modest results achieved by Al Ain coach, Pedro Emmanuel, since he was signed last January until today.

During a short period of his career, as he did not complete his first year yet, Pedro played 29 matches, losing 10 times, without settling on a fixed formation in most of these matches.

This has caused Al Ain to bid farewell to three tournaments so far, starting with the Asian champions, then two tournaments in one month, namely, the President's Cup and the Arabian Gulf Cup.

And the echo of the disappointing exit from the President's Cup continues to echo, especially as it came in front of a team that suffers badly in the Arab Gulf League, and did not achieve any victory, which is the Ajman team, which Al Ain will face in the 30th match for Pedro tomorrow, as he must win to restore consideration first And also to improve the team's position in the only remaining tournament for him.

The irony is that Pedro surpassed the former Croatian coach Zoran, who lost nine matches out of 43 matches.

Pedro's only achievement was his leadership of Al Ain to the cup final last season, before the competition was canceled due to the Corona pandemic.

Otherwise, he did not achieve the desired ambitions, as he also suffered from the poor level of a number of players, and the advanced age of others, in addition to injuries.

Pedro League did not start well this season, as he made the worst start for Al Ain, after collecting five points in the first four rounds, compared to 12 points for Zoran in the 2018-2019 season.

The former Al Ain player, Jumah Khater, told Emirates Today: The coach cannot be blamed for all these results, since the comparison between him and Zoran is unfair because there is a big difference between the tools that the former coach had, and the fact that the team needs many changes Level players, specifically foreigners.

He continued: The tools available, currently, can not make the difference in the formation, and the coach bears part of the results, but not all.

Pedro numbers with an eye

- 3 matches in the Arabian Gulf Cup: a draw and two defeats.

• He achieved the worst start in the league with 5 points, in the first 4 rounds, and is currently fourth with 14 points.