PSG defeat Istanbul in the Champions League match, which was interrupted by a racist scandal

French PSG won a major victory over Turkish “Istanbul” in the match of the final, sixth round of the group stage of the Champions League. 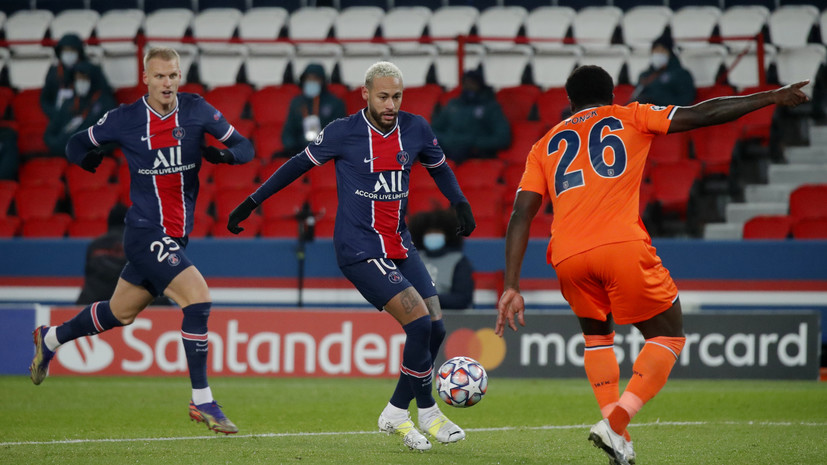 The meeting took place in Paris and ended with a score of 5: 1.

Recall that on December 8 in the first half of the match, the reserve referee Sebastian Koltsescu, presumably, called the assistant head coach of Istanbul Pierre Vebo black.

Webo himself and Istanbul striker Demba Ba did not like this.

As a result, it was decided to finish the match the next day.

The game continued on December 9 from the 15th minute with a different referee team.

As part of the Parisians, Neymar scored a hat-trick, and Kylian Mbappé also scored a double (one of the goals from the penalty spot).

The guests answered only with a goal from Mehmet Topal.

PSG scored 12 points and went to the Champions League playoffs from the first place in Group H. “Istanbul” with three points in the asset took the last position in the quartet.