Real, Atletico, Inter and Ajax are locked in the Champions League battle for survival

The Spanish capital Madrid, Real and Atletico, Italian Inter Milan and Atalanta, and Dutch Ajax are fighting a battle for survival, when they compete in the Champions League semi-final matches tomorrow. Real Madrid finds themselves in danger in third place in Group A. 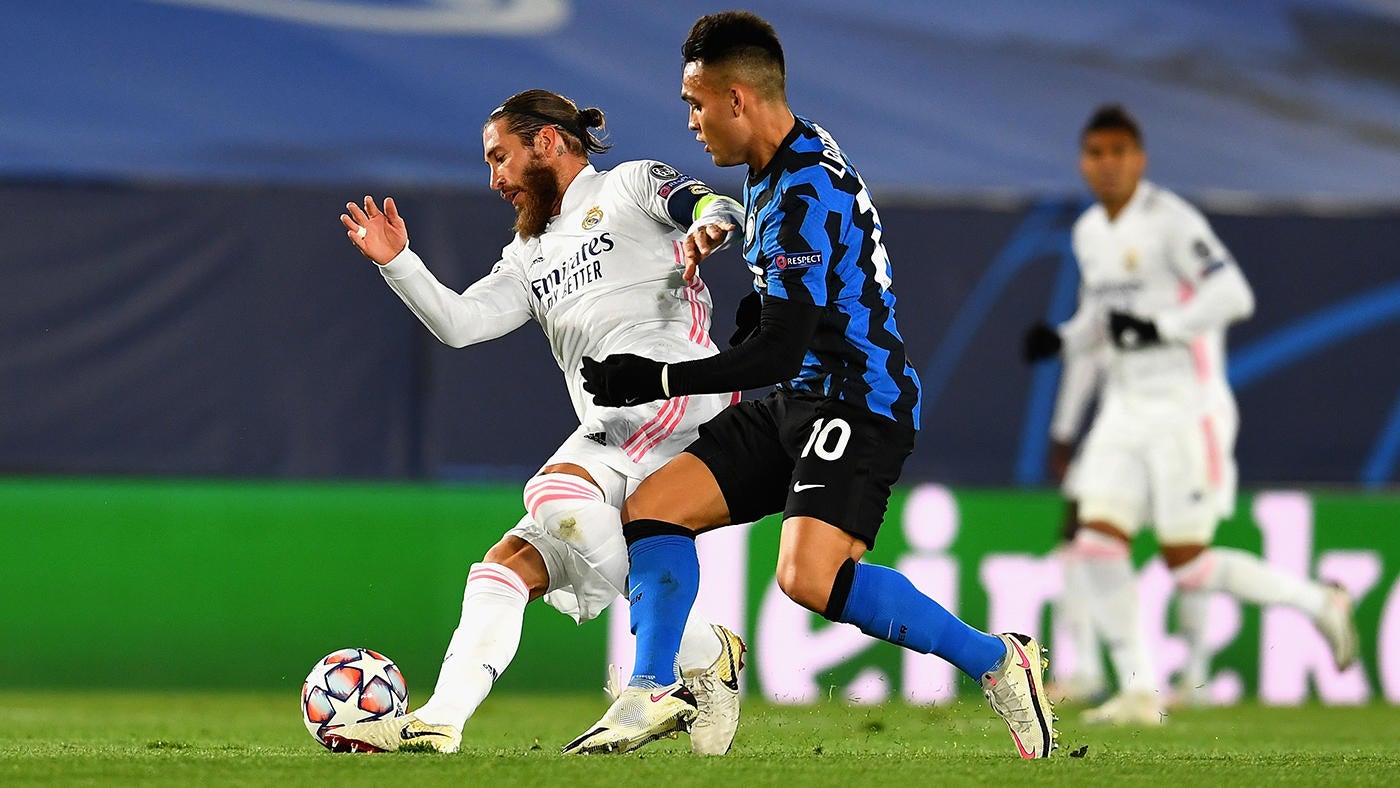 Real, Atletico, Inter and Ajax are locked in the Champions League battle for survival

The Spanish capital Madrid, Real and Atletico, Italian Inter Milan and Atalanta, and Dutch Ajax are fighting a battle for survival, when they compete in the Champions League semi-final matches tomorrow.

Real Madrid are in danger of being third in Group Two ahead of the final round in which they face German leaders Borussia Moenchengladbach, who are also looking to qualify.

The royal team will seek to compensate for the mistake of defeat by Shakhtar Daniyetsk of Ukraine (2-0) last week, and qualify for the playoff rounds, which have not been lost since the year 1998. Thus, the fall on Wednesday is prohibited for Real in an open group, in which the latter will face Shakhtar Thani team the group.

Real Madrid (7) will qualify if they beat Moenchengladbach (8), or a tie parallel to Shakhtar's loss against Inter.

And he will lead if he wins parallel to Shakhtar’s failure to win, but his loss and the Ukrainian team’s loss coincided, which will make him finally and prevent him from even moving to the European reserve league (Europa League).

As for Inter (5 points), it will cross to the next round if it defeats Shakhtar (7), provided that Real does not tie with Moenchengladbach in the second match, otherwise the Italians will deposit the championship.

For his part, Moenchengladbach will qualify if he avoids a loss to Real or Shakhtar draws with Inter.

As for Shakhtar, he is guaranteed to qualify if he defeats Inter, or if the two matches ended in a draw.

He leads by winning and losing or drawing Mönchengladbach.

And he will come fourth if he loses and Real Madrid avoid losing.

In Group A, Atletico Madrid, led by Argentine Diego Simeone, finds himself in a difficult position in the Champions League, despite leading the Spanish League standings with eight wins from ten matches.

Simeone acknowledged after the 1-1 draw with Bayern Munich last week that the match against Salzburg "will be a final match."

Bayern, which hosts Lokomotiv Moscow, ensured the top of the group, and thus the competition now lies between Salzburg and Atletico, as qualification is still within the reach of the two clubs.

Atlético (6) needs to avoid losing against Salzburg (4) to qualify for the round of 16, otherwise it will come third and move to the Europa League.

As for Salzburg, he will qualify if he defeats Atletico, or he may be ranked third in the event he lost, in parallel with Lokomotiv's loss (3) against Bayern (13).

It is worth noting that Lokomotiv does not have any chance to qualify for the final price, but he may be transferred to the Europa League by his third in the event that the difficult scenario is achieved by beating Bayern and Salzburg fails by defeating Atletico.

The match in the Netherlands may witness a festival of goals, as the two teams share, in addition to the name inherited from Greek mythology, an offensive tactic.

Ajax is the best attack in the Dutch league (43 goals in 11 games), and last season Atalanta scored 98 goals in the "Serie A".

Thus, after ensuring Liverpool (12) qualify and lead, Ajax (7) can only qualify by beating Atalanta (8), who also benefit from the possibility of a draw and avoid losing only to cross to the final price.

As for the Danish club Midteland (1), they will face Liverpool and have decided to end the group stage in fourth.

In Group C, Manchester City (13) and Porto (10) decided to qualify for the knockout rounds.

But the dispute remains over the transfer card to the European League between Greek Olympiakos and French Marseille, who have three points each.

It will therefore be a battle of points and goals, as Olympiacos will come third if Marseille does not score more points than against City, given his superiority in the goals scored outside his home in direct confrontations between them.

As for Marseille, they must score more points than Olympiacos, who face Porto, to snatch third place from them.