Without goals and victories at home: CSKA lost to Wolfsberg and lost the chances of reaching the Europa League playoffs

CSKA was defeated by Wolfsberg in the fifth round of the Europa League group stage. The meeting at the VEB Arena stadium ended with a score of 0: 1, and the guests' forward Dario Wiesinger became the author of the only goal. Viktor Goncharenko's wards were unable to score a single goal in their field in the current Eurocup and lost their chances of reaching the playoffs.

On the eve of the fifth round of the Europa League group stage, CSKA was in a difficult position.

Viktor Goncharenko's wards occupied the last, fourth place in Quartet K, and only a victory over Wolfsberg guaranteed to keep them chances of continuing to fight for the playoffs.

In the event of a draw, the fate of the army depended on the result of the meeting between Feyenoord and Dynamo Zagreb, and the Dutch triumph negated their chances of reaching the 1/16 finals.

A long losing streak in all tournaments, which at the time of the confrontation with Wolfsberg, made up three games, also spoke not in favor of the hosts.

Over the past week and a half, they managed to share points with Sochi and Feyenoord, who remained in the minority in the 48th minute, and also lost to Rubin.

True, the Austrians also could not boast of stability.

Since November 21, they have played three matches and have won only once.

The beat turned out to be 11th in the Bundesliga, Altach.

On the eve of the match, the head coach said that several players were ready to return to the field at once, but in the end only Konstantin Kuchaev got into the base.

Alan Dzagoev began the meeting on the bench, and Mario Fernandez was not included in the application at all.

In the absence of the main right lateral, Goncharenko again released Georgy Shchennikov and Bakhtiyor Zainutdinov, but this time he assigned them both to the left flank.

The Russian took on the role of a defender, and the Kazakhstani - as a midfielder, while the nominal defender Konstantin Maradishvili was supposed to close on the right edge of the defense.

At the same time, there was no place in the start for Chidere Ejuka and the author of the only goal scored by CSKA (not counting an own goal) in the Europa League, Adolfo Gaich.

The start of the match was unexpected.

Despite the status of the owners and the apparent superiority in the class, the Muscovites were pressed to their gates and were forced to fend off the attacks of the Austrians.

They pressed hard, forced them to make mistakes in transmissions over and over again and tried to go on the offensive with lightning speed.

It was not possible to make Akinfeev really worry, but the situation became rather tense.

At the same time, the guests went ahead with large forces, and both forward Dario Wiesinger and defender Michael Novak managed to note the blows.

CSKA came to his senses closer to the tenth minute.

The hosts regained control of the ball, reduced the number of passing errors and began to increasingly reach the goal of Alexander Kofler.

In a short period of time, Nikola Vlashich, Fedor Chalov, Ivan Oblyakov and Zainutdinov managed to score strikes, but only the blow of the central midfielder reached the goalkeeper.

The Croatian midfielder traditionally looked the most active of all, but often he took on too much.

So, in one of the episodes, he tried alone and dealt with the defenders, and outplay the goalkeeper, but everything was canceled out by a technical oversight.

Subsequently, Fedor Chalov had an excellent chance to open an account.

He opened great in the penalty area and shot outright, but the ball went a little higher and to the right of the crossbar.

But what the Russian did not succeed, the Wolfsberg striker succeeded.

Wiesinger, completely alone, received the ball within a radius of 25 meters from the goal and struck irresistibly under the top rack.

Akinfeev was powerless, and CSKA was in a desperate situation.

In general, it cannot be said that in the remaining 23 minutes the army team did not have a chance to restore equality in the score.

The Austrians did not act very carefully in defense and allowed Chalov and Vlašić to be in shock positions more than once.

Fedor had a couple of excellent chances to score, but he could not solve the chronic problem with implementation.

However, all this was covered by colossal problems in defense, which Ferdinand Feldhofer's wards used on a regular basis.

At the end of the first half, they surpassed the hosts in the number of strokes (10 - 8), and in the end they nearly doubled the lead.

This time, Eliel Peretz struck from a long distance, but hit the post, and Wiesinger's finishing off was not crowned with success.

Goncharenko was dissatisfied with the actions of his players in the first half and reacted with substitutions.

But the first dangerous moment in the second half still occurred at the gates of CSKA.

Peretz was again left without tutelage near the penalty area and effectively shot from a roundhouse.

Akinfeev was on the alert and in a spectacular jump pulled the ball out of the corner.

As it turned out, the substitutions did not greatly change the balance of power on the field.

CSKA pushed the opponent and had more possession of the ball, but they could not seriously bother Kofler.

The Argentine made gross mistakes in passes, lost the ball out of the blue and generally felt uncomfortable on the field.

As a result, only ten touches of the ball in a half, complete absence of strikes and seven lost single combats out of seven possible.

Until the end of the match, Goncharenko made three more substitutions, throwing Nair Tiknizyan, Kristian Bistrovich and Arnor Sigurdsson into the battle. Surprisingly, it was the Croatian defensive midfielder who turned out to be more useful than the others in the attack, with two dangerous shots from outside the penalty area. But Kofler caught the courage and did not allow the hosts to score the first goal in their field in the current Europa League. The red and blue looked tired and could not offer their opponents a game at high speeds, and at an average pace they could not take them by surprise. CSKA lost to Wolfsberg at home and lost the chance to continue the fight for a ticket to the Europa League playoffs. 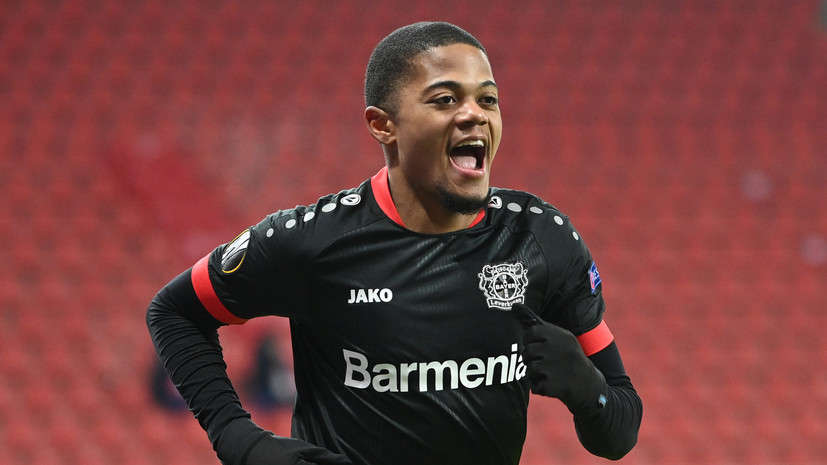 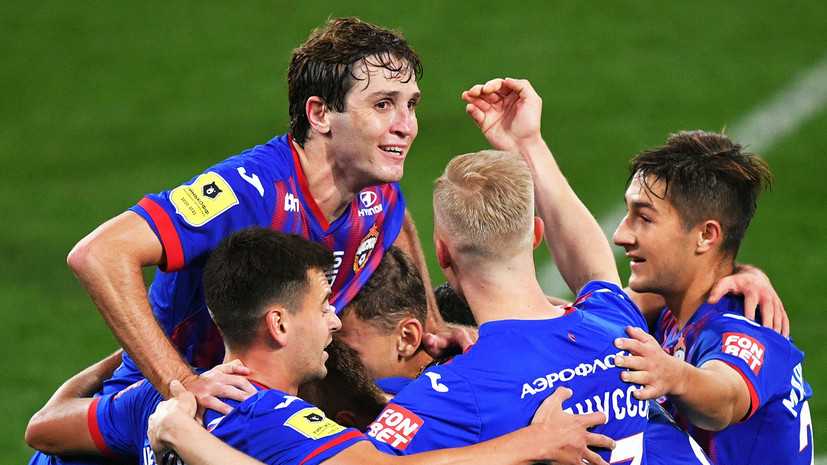 Sports 2020-10-02T19:26:42.581Z
Feasible rivals, an easy calendar in the RPL and a chance for rehabilitation: why CSKA is Russia's main hope in European competitions 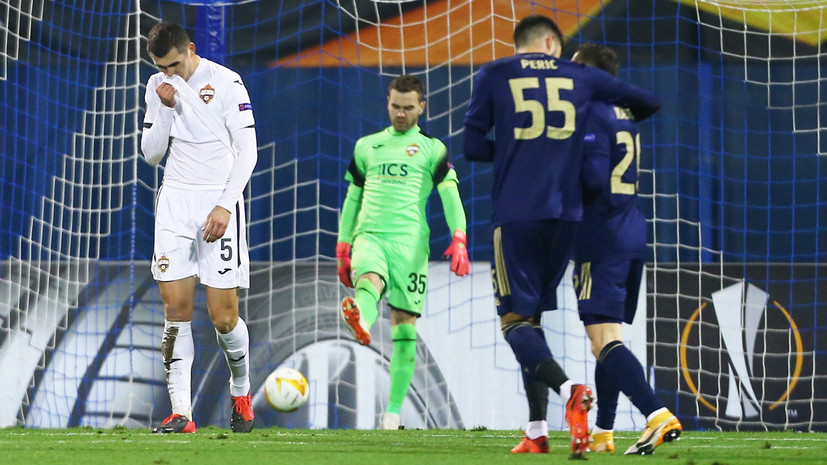 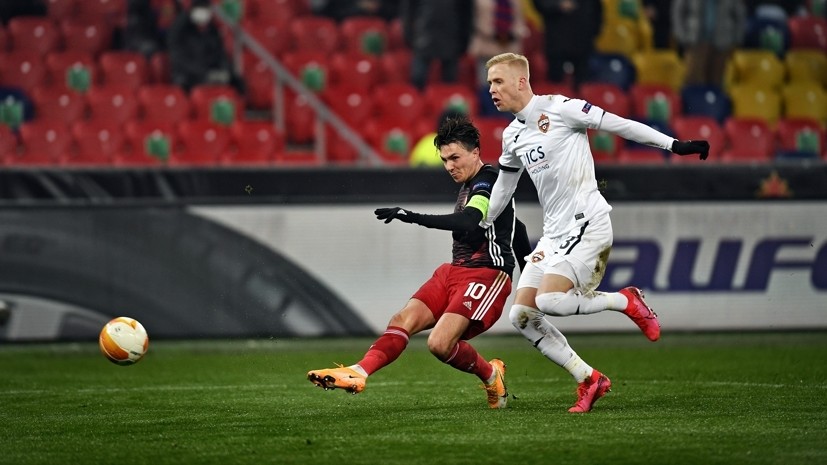 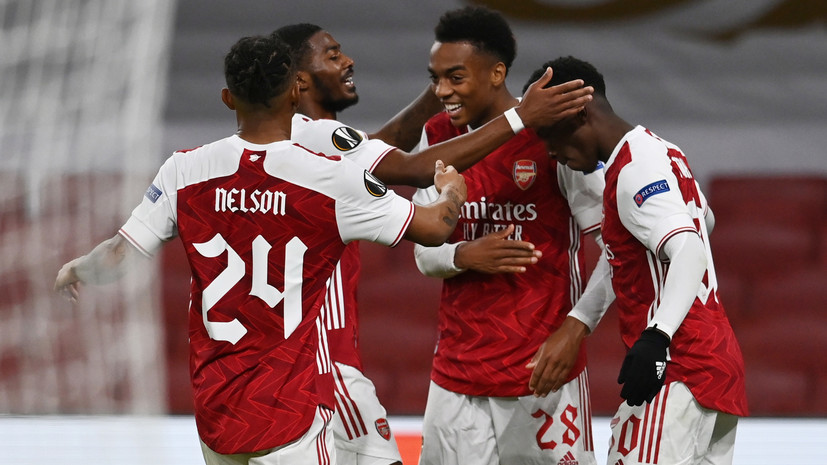 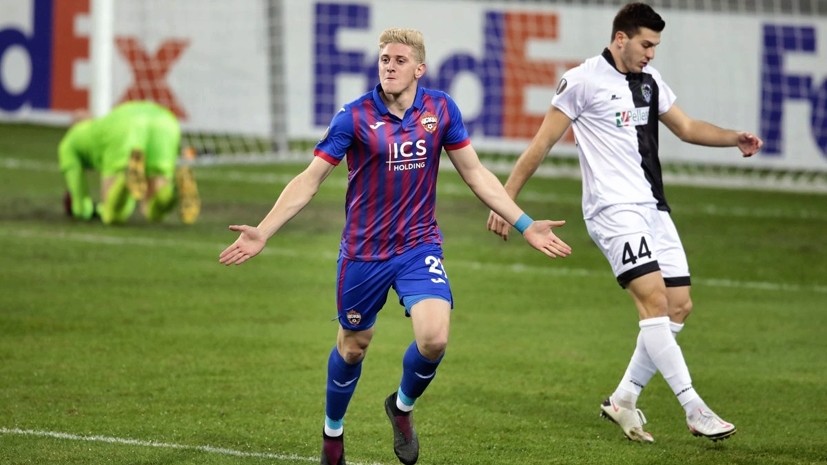 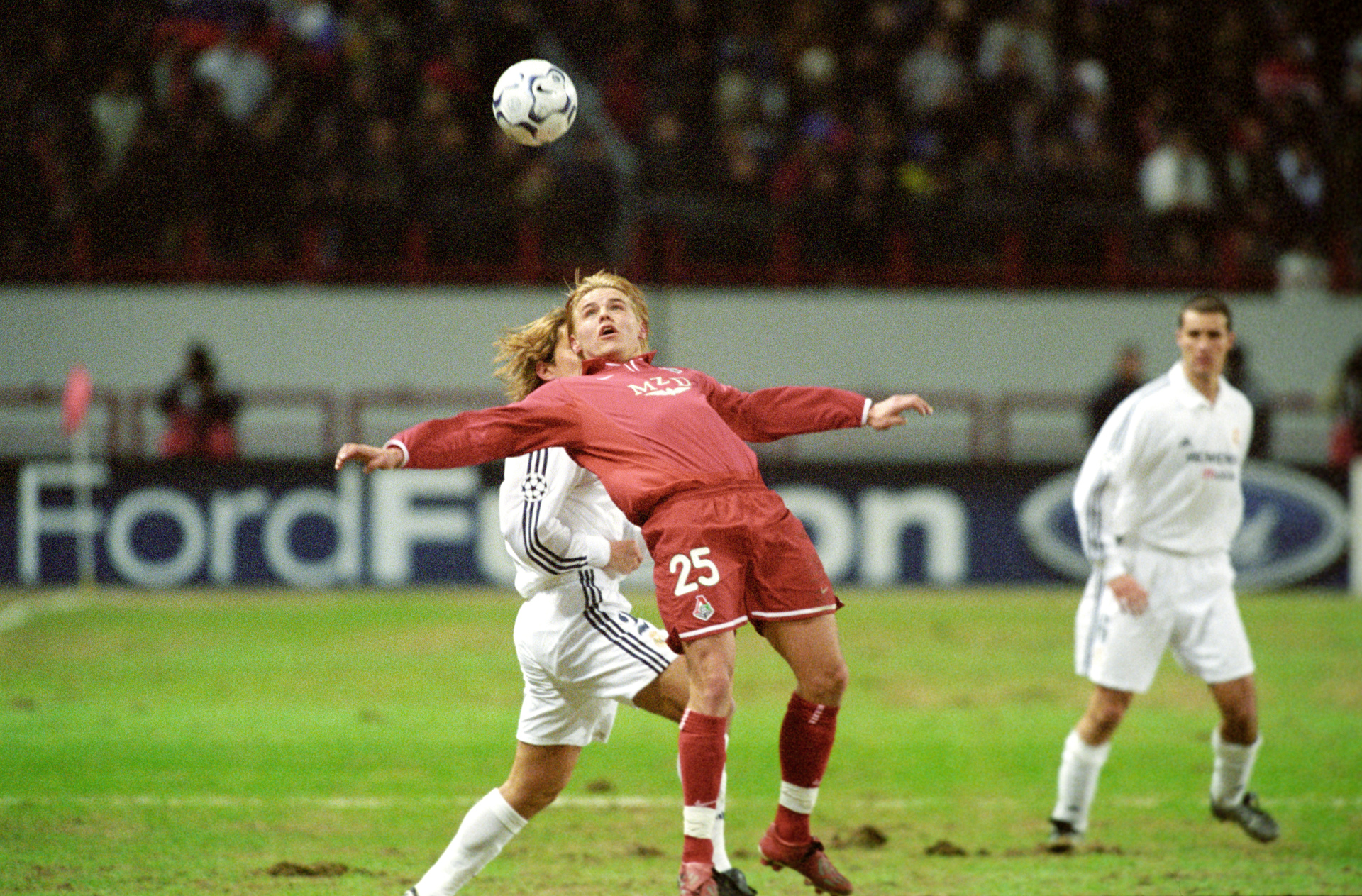 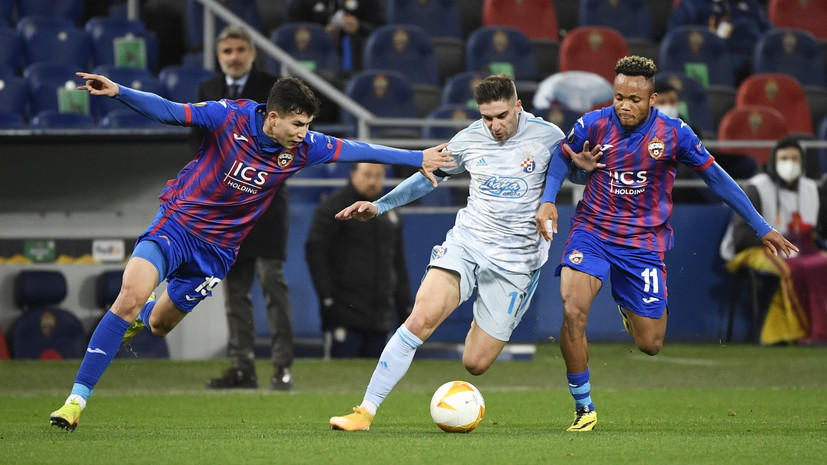 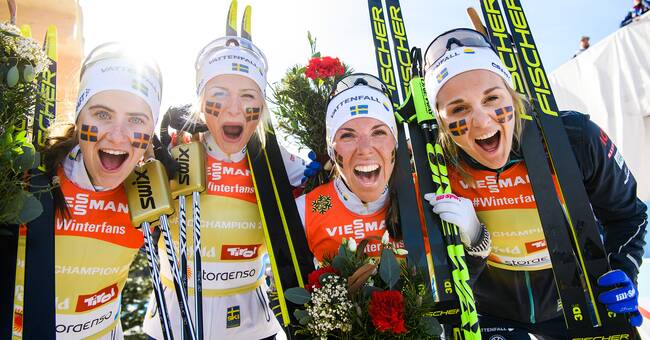 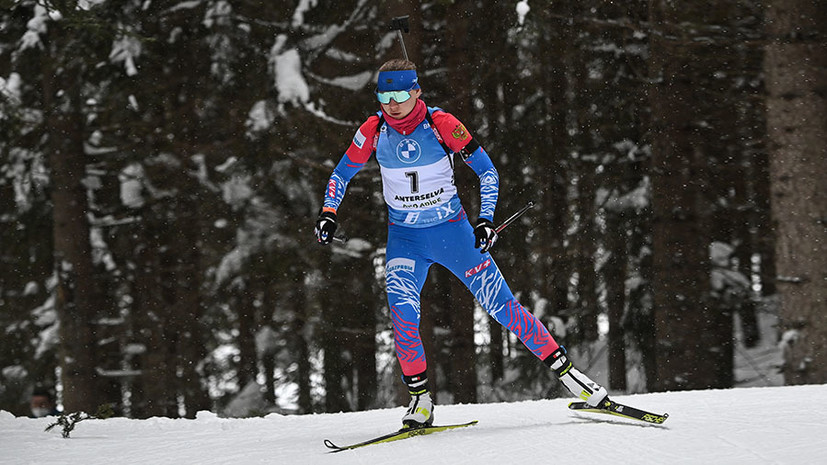 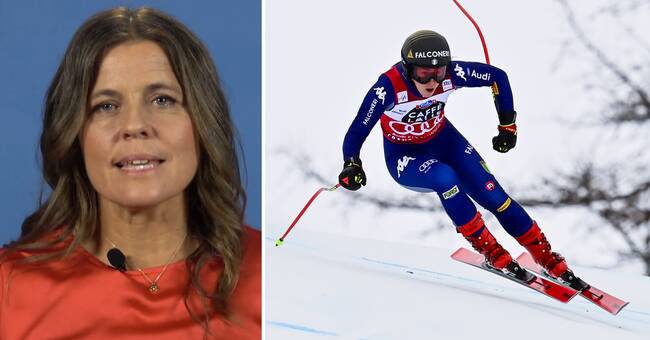