She became the first woman to judge in the men's CL

Tonight, Stéphanie Frappart once again made history on a football field. When the 36-year-old Frenchwoman started the match between Juventus and Dynamo Kiev, 3-0, she became the first woman ever to judge in a men's match in the Champions League. 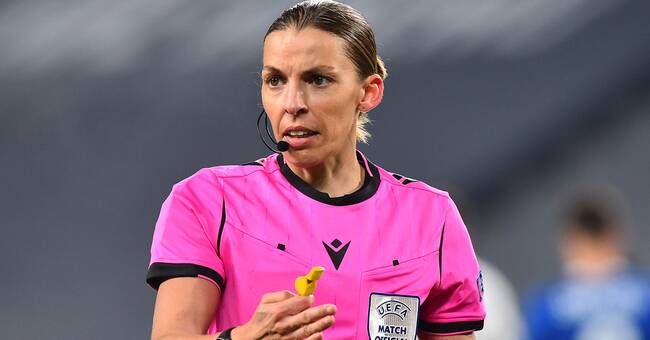 Frappart has written football history before.

In August, she refereed the European Super Cup final, the meeting between the winners of the men's Champions League and Europa League.

The 36-year-old, who referees every day at home in France, has been a Ligue 1 referee (top league for men) since 2019. At that time, her debut was a match between Amiens and Strasbourg.

In general, there are not many female referees in men's football, but a couple of pioneers have made an impression.

In the autumn, Tess Olofsson became the first female referee to judge a match in the Superettan in Sweden.

In the Premier League, no woman has been a referee yet, Sian Massey-Ellis has been an assistant referee in the league since 2010. Bibiana Steinhaus became the first female referee in the German Bundesliga in 2017, and refereed several matches until her retirement earlier this year.

Juventus won the match with a clear 3-0.

And is already ready for advancement to the playoffs, together with Barcelona.

Dejan Kulusevski jumped in with a quarter left to play.