In Kiev, Zinédine Zidane's Real Madrid complicated their chances of qualifying for the knockout stages of the Champions League by losing 2-0 to Shakhtar Donetsk on Tuesday, December 1. 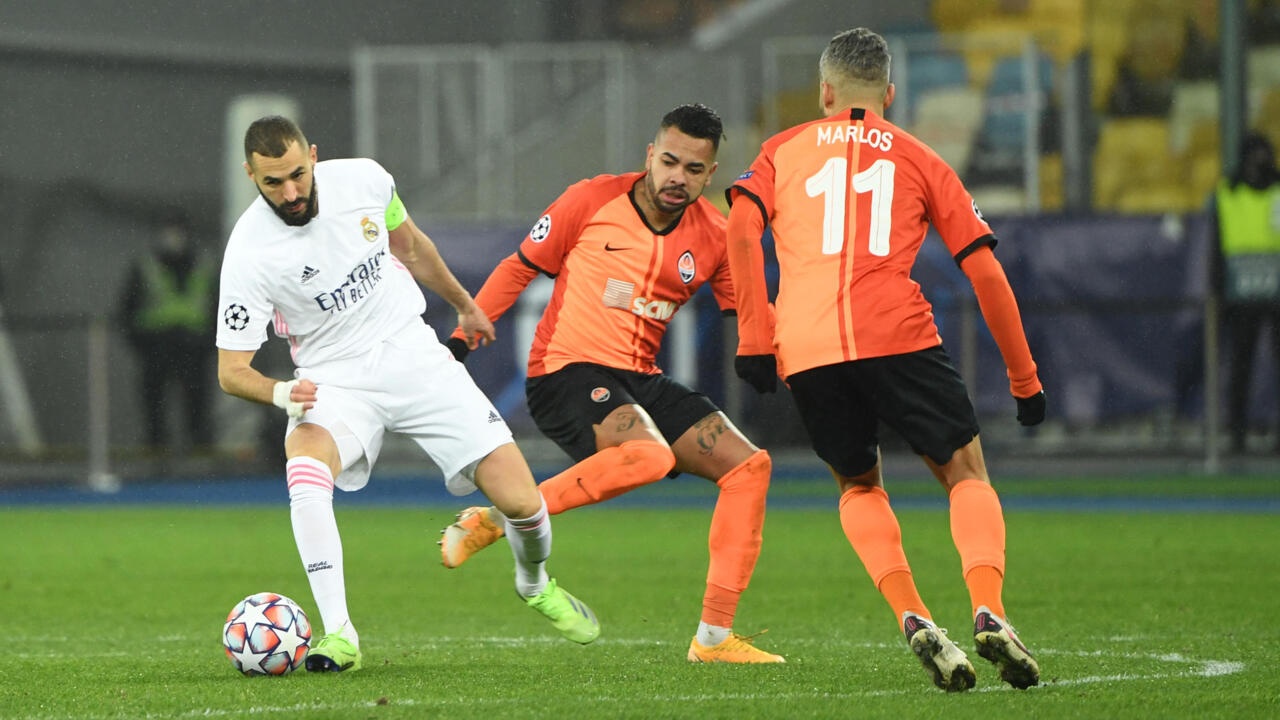 In Kiev, Zinédine Zidane's Real Madrid complicated their chances of qualifying for the knockout stages of the Champions League by losing 2-0 to Shakhtar Donetsk on Tuesday, December 1.

It's a very bad operation for the people of Madrid.

One day from the conclusion of the group stage, Real downgraded to 3rd place in Group B, overtaken by their Ukrainian opponent.

Three days after relapsing in the Championship against Alavés (1-2), Real Madrid seems to be going through a new period of crisis.

Karim Benzema does not differentiate

The Merengues, dominating in the first period without being able to materialize despite the return of Karim Benzema, nevertheless remained on two victories against Inter (3-2, 2-0) before this fifth day.

Benzema came close on two occasions to give a teammate the opener.

But Marco Asensio sent his center millimeter on the post (5th) and Nacho did not cut his head enough (51st).

Maintained in the match by Real, the Ukrainians ended up finding the loophole.

The interception attempt on the part of Ferland Mendy with a strong pass from the Ukrainian playmaker Victor Kovalenko, turned into a perfect delivery for Dentinho, unstoppable against Thibaut Courtois (57th).

Led, the Madrilenians plunged and confirmed the concerns displayed by Zidane last Saturday.

The Israeli Manor Solomon took advantage of Madrid's defensive apathy - between a Dani Carvajal on the retreat and a Raphaël Varane too wait-and-see - to break with a powerful strike at the near post (83 ').

We pressed well, played well, but the ball didn't want to come in tonight and then things got complicated,

At the same time, in Group A, Salzburg finally clinched its first Champions League victory of the season on Lokomotiv Moscow (3-1).

The Austrian club remains in the race for the round of 16.