SVT Sports expert Johanna Ojala understands the Norwegian star defections from Johannes Hösflot Kläbo and Emil Iversen, but at the same time regrets that the status of the World Cup is deteriorating. - You want to see the best compete against each other, says Ojala. 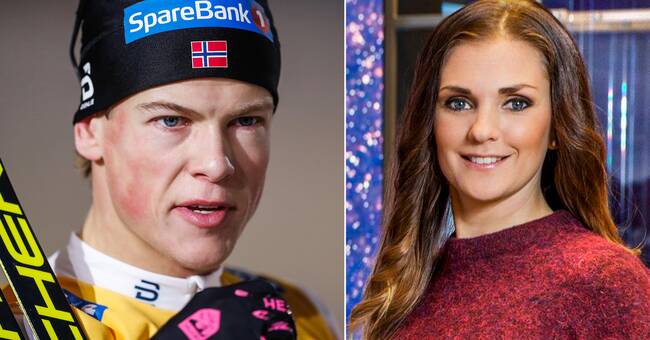 After a weekend with great sporting Swedish successes on the women's side at the world cup premiere in Ruka, Finland, a dark corona cloud towers over the ski sky.

The Norwegian stars Johannes Hösflot Kläbo and Emil Iversen, first and third in the minitour, have now decided to stop competing in the World Cup for the rest of this year.

Iversen will also jump off the Tour de Ski.

- I understood that people would be worried in connection with last weekend, says Ojala.

In Ruka, it was coronakaos with "false positive" covid-19 tests that, among other things, put the entire Norwegian national team in quarantine during parts of Thursday after a leader was first tested positive.

In addition, a Russian Nordic combination skier stayed in the area for two days before his positive covid-19 test was analyzed.

Kläbo and Iversen's defections take place on personal grounds and the Norwegian national team has not announced a joint defection as a team - yet.

"Then you really have problems"

- Now the defections have taken place on an individual level and you have to respect that.

If the largest national union that Norway were to drop out of, they have real problems.

That would worsen the status quo.

You want to see the best compete against each other, says Ojala.

Fis has a rule that says that seven of the top ten nations must start for world cup status to apply.

None of the major unions have yet announced that they will resign.

- Fis can run the competitions but you know yourself when you watch the Tour de Ski: When there is a skier who is missing, you think it's boring, Ojala thinks.

There is a great deal of uncertainty surrounding the entire corona problem.

Charlotte Kalla, who was the first known Swedish skier to be infected, was monitored with great care during her illness.

It is unclear when she can make her season debut.

- What will be the consequences of the disease?

What does it mean if you train hard and do not know that you are infected, many are asymptomatic?

There is a concern about what it may mean for the heart and whether it may cause myocarditis.

It can mean but for life and a career end so it is easy to understand the fear that exists around the disease, says Ojala.

The expert explains: Why has Fis not created a ski bubble?