The shortest minutes gave Madrid the victory that the longest minutes took away (1-1). The tie is like a decaf coffee. It is the reality of a great very fair in 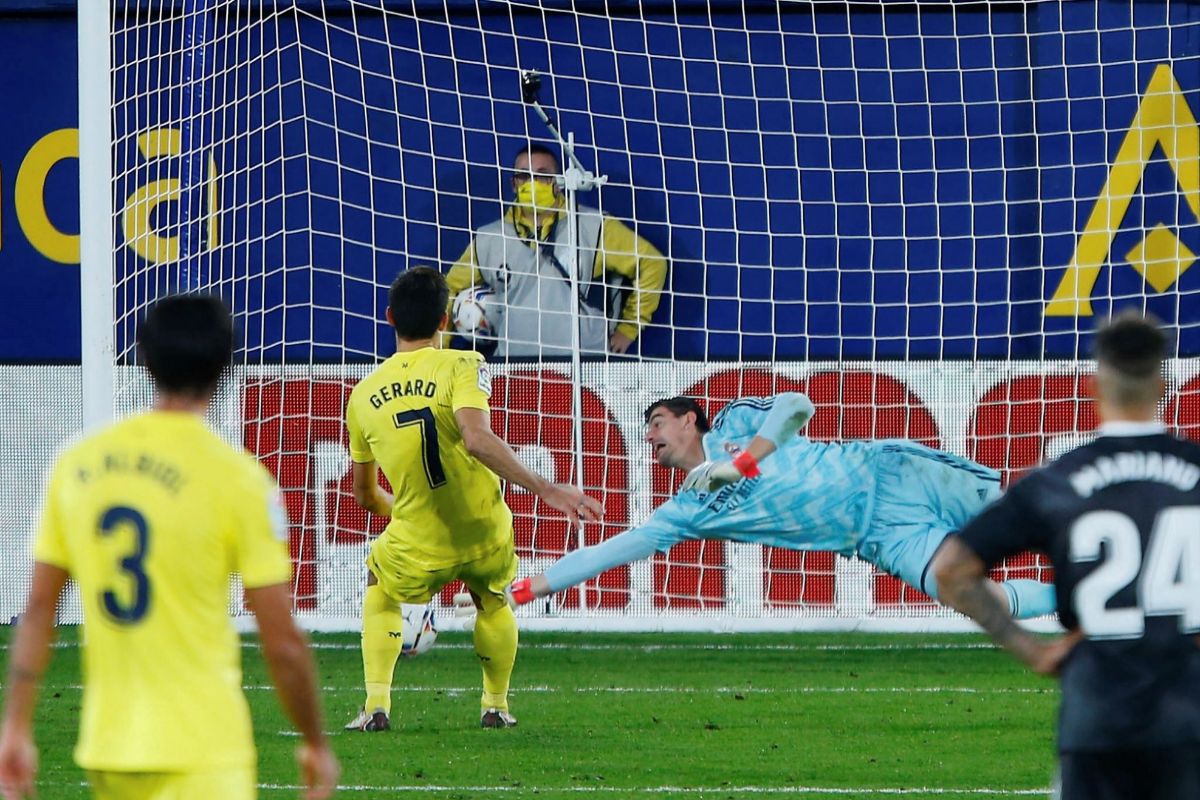 The shortest minutes gave Madrid the victory that the longest minutes took away (1-1).

It is the reality of a great very fair among the greats.

, aggravate this strange present for everything, in which the greatest certainty for the future is the Bernabéu cranes.

manages it with a face of circumstances, successes and errors, more than the seconds with the changes against Villarreal, patches and some joker with whom he never played, like

The tie is not just a matter of circumstances.

He dove on his head and came out with the keys to the treasure.

As if shouting it at Zidane, Mariano took less time than anyone to score for Madrid this season: two minutes.

The suspense of the verification, due to the incontinence of the linesman, did not spare the vindication of the ugly duckling of the attack and the early advantage for Madrid, which initially interpreted well the meaning of their absences to take refuge in possession, control of the spaces and supports.

He gave him not to lose, no more.

Two minutes, a sigh, left the first reading of the start, with a Madrid that entered tight and at a good pace of play, unlike Villarreal, contemplative, as if it wanted to patiently seek its acceleration.

It was not until the second half that he managed to compose himself, with dominance, chances, goal and the tickles of victory.

Mariano's thunder, however, prevented him from doing so from the start, turning the game upside down too early for the locals.

The forward launched himself as the 'nines' do by profession to beat his opponent by body.

, after overcoming the center of

, a sweet, the central zone.

At the beginning of the action, there was indecision on the part of the Villarreal defense, confused when observing that the linesman raised the flag because of Hazard's offside position.

The Belgian did not intervene, the play continued and Carvajal's center ended in Mariano's shot.

The protests of the locals were of no use.

The indication of a line judge is advisory and

interpreted that Hazard did not intervene in the action.

A decision on a fine line.

The situation increased the will of Madrid, more similar to the model with which ZZ conquered the first League of the pandemic.

Solid, safe with the ball and supportive.

It was not strange that

appeared in that team

, meters ahead of Carvajal, because he does not decide games but he does not disappoint the coach in the effort.

The Galician started before

, who can also line up on the right, although the Brazilian was the piece to take over from Hazar in the second half.

For one thing or another, injuries or Covid, there is no way to see the Belgian from start to finish, full matches.

De la Cerámica withdrew without a bad word or a bad action.

Like all coaches, Zidane has his fixations, filias and phobias.

Lucas Vázquez likes him more than he likes at the club, but the same cannot be said for Mariano, although the guy is stubborn.

He scored in seconds when he appeared against Barcelona last season, and he did it in minutes at La Cerámica.

He is not a footballer to claim ownership of Madrid loudly, and less in that place, but he is to be heard more often.

He is a puncher in the area and many balls pass through the Madrid area that nobody hits.

We will see if something changes.

Between Lucas Vázquez and Mariano they ruined another occasion before the break came for Madrid without scares for Courtois.

in the stands and Gerard Moreno somewhat heeled, Parejo had barely caressed a shot.

heralded thick words in the booth.

The team needed them.

The changes, too, and

Samu would show it

The Villarreal that returned was another.

Pressing and intense in the game, he pushed Madrid into his cave.

The white team, on the other hand, did not feel the same with the substitutions, specifically that of

, who had shown a good tone.

When the demands for Madrid increased, it was when the absences became more evident, specifically those of Sergio Ramos and

, two cardinal points for Madrid along with

, also low in the match.

ZZ used Nacho and Kroos in their positions, apart from Mariano.

had clear enough chances to equalize the clash, but it was a poor measurement by

that ended up taking her to the scoreboard.

The goalkeeper committed a perhaps unnecessary penalty on

, a dagger, and Gerard Moreno found the fruit that his team already deserved then.

Neither Vinicius, who is seen to be somewhat depressed, nor

could balance the threats, unlike the young

in his little minutes, the same ones that for Madrid were resistance.

This season he needs her more than ever.

LaLiga Herrera's extra ball: from currency to essential in just one month