Leaving the isolation ward, searching for brass knuckles and mutual accusations: how the story of Yandiev's attack on Kharitonov develops

Former M-1 Global and UFC fighter Adam Yandiev was released from the temporary detention center on recognizance not to leave. Both he and Sergei Kharitonov, to whom he inflicted serious injuries during the scuffle, told their versions of the incident. At the same time, the victim's lawyer, Alexander Kravtsov, said that he intends to contact the General Prosecutor's Office. 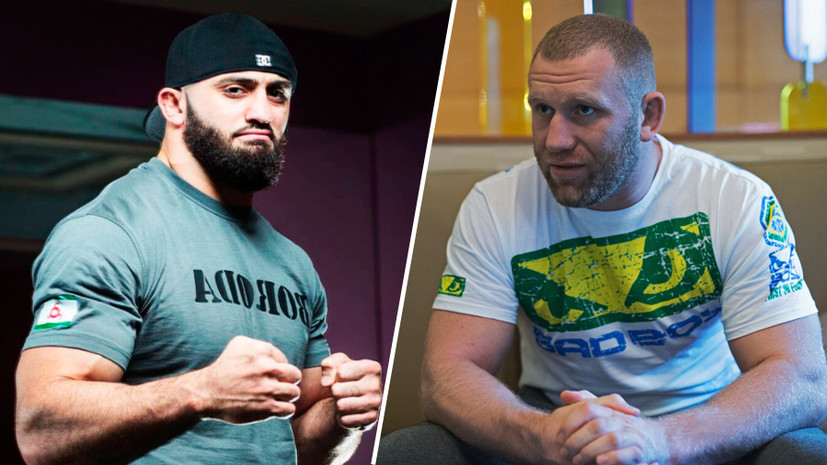 On the evening of November 17, former M-1 Global and UFC fighter Adam Yandiev was released from the temporary detention center (IVS) on Petrovka after two days from the moment of detention - on recognizance not to leave.

The athlete himself dispensed with detailed comments, but assured that he would soon tell new details of the incident with Sergei Kharitonov.

According to TASS in law enforcement agencies, for an attack on Kharitonov, the fighter faces up to two years in prison, and in this case, custody or house arrest cannot be chosen as a preventive measure.

According to Channel Five, there is also no evidence of his using brass knuckles during the fight with Kharitonov.

According to a source close to the situation, no one gave "confident testimony" about the presence of a weapon on the soldier, and it was not possible to find it after the search.

Kharitonov's representatives promptly responded to the information about Yandiev's imminent exit from the IVS.

In it, the lawyer shared his opinion on the progress of the case and told about further actions.

“It is not clear to us why the prosecutor's office did not support the bodies of inquiry, since yesterday Adam Yandiyev was detained in accordance with Art.

91 of the Code of Criminal Procedure of the Russian Federation ("Grounds for the detention of a suspect"), and today they already want to release him.

Kharitonov and I are now making a decision about a big press conference ... It will take place after Sergei leaves the hospital.

We will definitely appeal to the Prosecutor General's Office so that they put the investigation of this case under control, "said Kravtsov.

In addition, the lawyer spoke about the condition of his client.

According to Kravtsov, at the moment Kharitonov "feels bad", and doctors assess the condition of the fighter as satisfactory.

"There is disorientation due to concussion," added Kravtsov.

It is noteworthy that even a day before his release, an interview with Yandiev appeared on the Internet, in which he told his version of what happened.

The former M-1 Global and UFC fighter admitted that initially he had no idea that Kharitonov would attend the event at Luzhniki, but learned about it from the coach of the PRIDE and Bellator veteran Ruslan Krivushi.

Adam also explained what caused his conflict with Ruslan Abdo, a friend of Sergei.

“I met the coach of Kharitonov Ruslan Krivush at the Luzhniki tournament and told him to call Sergei and warn him that I was here.

I asked him to calmly apologize for what he did to me.

Because in any case we will see him and we will have to talk, ”the fighter said.

“Then at the tournament I met Ruslan Abdo, a friend of Kharitonov, and asked him to leave.

He, indignant, did not want to do this.

We went out into the corridor, I told him: “You, Ruslan, don’t want to apologize for what you said?” Yandiev said on the Podcast Golitsin Experience YouTube channel.

According to him, Abdo allegedly spread false information that Yandiyev was in debt to Kharitonov.

Adam twice asked him to apologize for his words, but Ruslan rudely refused.

At this moment, the fighter could not stand it and "gave him two slaps and a pendel," after which he returned to the hall.

As Yandiev said, at that moment he saw Kharitonov on the stage, after which he invited him to go out and talk.

Subsequently, he turned to Sergei and asked if he wanted to apologize for slandering him, but the Bellator fighter also refused.

“I wanted to go outside where there are no people.

But when we got to the door, I said to him again: “Sergei, you threw mud at me terribly, apologize.”

He had such an attitude as if I was some kind of garbage and not a person for him.

I was already starting to boil.

I go out of these doors and say to him for the last time: "Sergey, apologize."

To which he says to me with saliva in the face: "Fuck you."

After that, I don't know which man should endure.

And then you saw everything yourself, ”Yandiev said.

The ex-UFC fighter also called Kharitonov's statements about debts a lie and denied information that he used brass knuckles during a fight.

On the tenth day, as we lived in Thailand, I realized that a person needs something.

He told me the reason for my presence there.

Sergei asked me to resolve the issue with our mutual friend, who gave Kharitonov money, presented him with cars, but they had a disagreement because Sergei had spoken about him.

A trip to Thailand, gifts - all this was needed so that I could protect him from Bekkhan ... When the issue was closed with his problems with everyone, including Bekkhan, and by that time he had already given money once or twice during the period of these problems, Sergei began to change, to show himself from the other side.

I have never borrowed.

If I ask for something, they just give me something - I have such an environment, this is normal, ”Yandiev noted.

In turn, Kharitonov assured that he did not offend Yandiev during their conversation and expressed the opinion that he was making such statements on the advice of lawyers.

“It's a complete lie.

I didn't do that.

If there is a conflict, word for word, then I can afford it.

But it wasn't even close there.

Then he said: "You won't need them in the next world."

Hit hard at a moment when I didn't expect.

Now Adam will say whatever he wants.

Probably, lawyers are already telling him how to get out of the situation.

He does it first, and then he thinks, ”Kharitonov said on the YouTube channel of journalist Alexander Lyutikov.

Sergey also said that he had studied the video of the incident in more detail and concluded that Yandiev had planned the attack on him.

According to him, the ex-M-1 Global fighter did not act alone.

“I watched the video of the episode.

A second guy came out with him.

He was ready for this (fight. -

Look, he went out, put his purse.

I understood, you never know, one will fail.

They have already agreed, they planned this operation.

Suddenly he misses or something else.

Let me remind you that he always carried brass knuckles with him.

It is not visible in the hand.

) has something with him - a knife, a pistol, brass knuckles, ”added Kharitonov.

In addition, the Bellator fighter said that at the moment he decided to abandon the operation and responded to criticism for his decision to write a statement to the police against Yandiyev.

“I'm not a criminal.

I am a respectable citizen of our country.

I want the laws to be respected.

I am a patriot of my homeland.

I don't want us to have a lawlessness.

For someone to walk, swing fists, knives, pistols, brass knuckles.

If people want to prove themselves, there is a cage and a ring.

Laws must be observed here.

Athletes should fight in the halls, and not hit people in the streets, ”added Kharitonov.

The opinion of Emelianenko and Ismailov

The incident involving Kharitonov and Yandiev continues to be widely discussed in the world of Russian mixed martial arts.

Even ex-PRIDE champion Fedor Emelianenko commented on the fight between the two athletes.

According to the MMA legend, professional athletes shouldn't sort things out this way.

“From the moment an athlete entered the martial arts hall, from the first training session, the coach must explain that one cannot apply his knowledge outside the ring or cage.

A person who is a professional fighter should not use his skills in this way.

It's unpleasant to watch all this.

Now, unfortunately, people do not earn authority, respect or popularity for themselves by good deeds, but with dirt, fights or harsh statements, "Emelianenko quotes TASS.

The first Russian Bellator champion Alexander Shlemenko is of the same opinion.

The fighter expressed the opinion that it is unacceptable for athletes to behave in this way, and also said that Yandiev's interview did not clarify the situation.

“It’s not even a matter of brass knuckles, whether he was or not, but of defiant behavior.

If you want to fight - call Sergei, meet, put on gloves, or on bare fists, and find out.

It turns out that Yandiev showed that he is dangerous for society.

Yandiev did not say anything incriminating.

It's just that Nosov said: "Now we'll post it, everything will become clear."

But it didn't become clearer.

It seems that Yandiev recorded the video, but there is no sense in it.

According to the famous ACA fighter Magomed Ismailov, there are many controversial points in the case of Kharitonov and Yandiyev, which makes it difficult to get a complete picture of what happened.

If they were going to fight, why was Sergey not ready?

Did Sergey say something unnecessary?

Insult Adam and not wait for a response with your hands in your pockets?

Hardly, you have to be stupid!

Have you ever heard a debtor publicly beat a person who lent him money?

Usually the opposite happens!

Moreover, the debtor himself called to leave, and when he heard the obvious answer for both of them ... he began to beat him!

Or was something not obvious to him? " 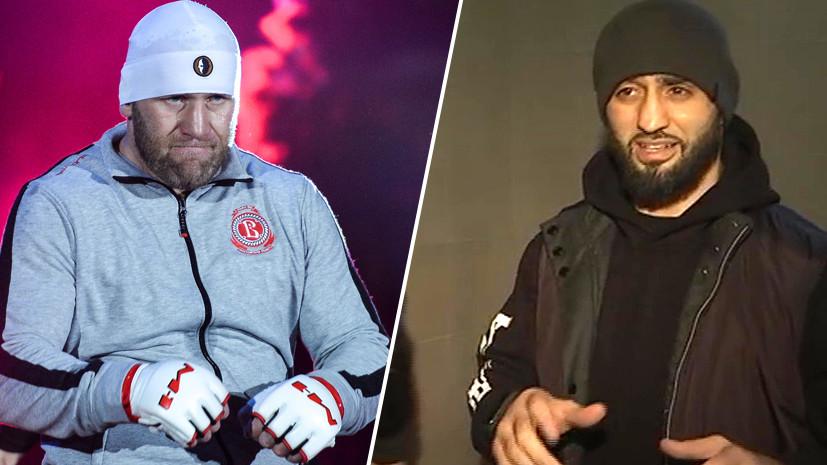 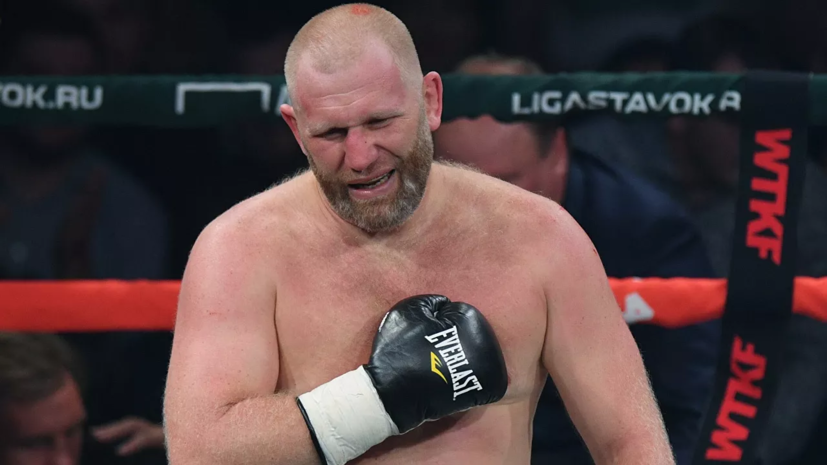 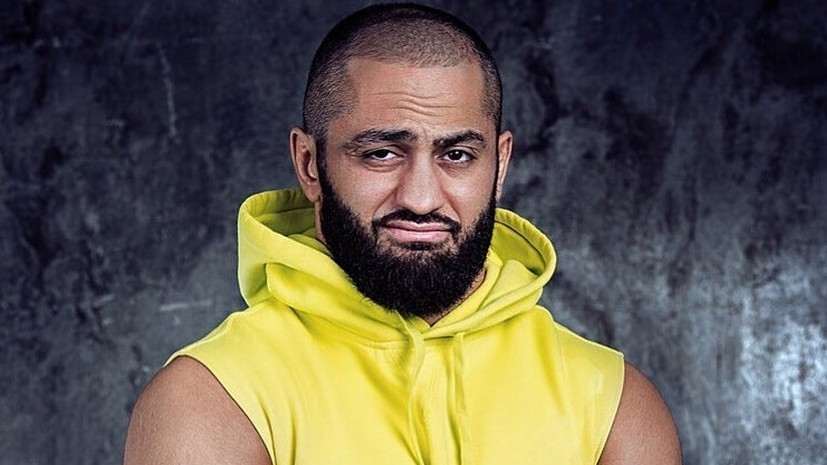 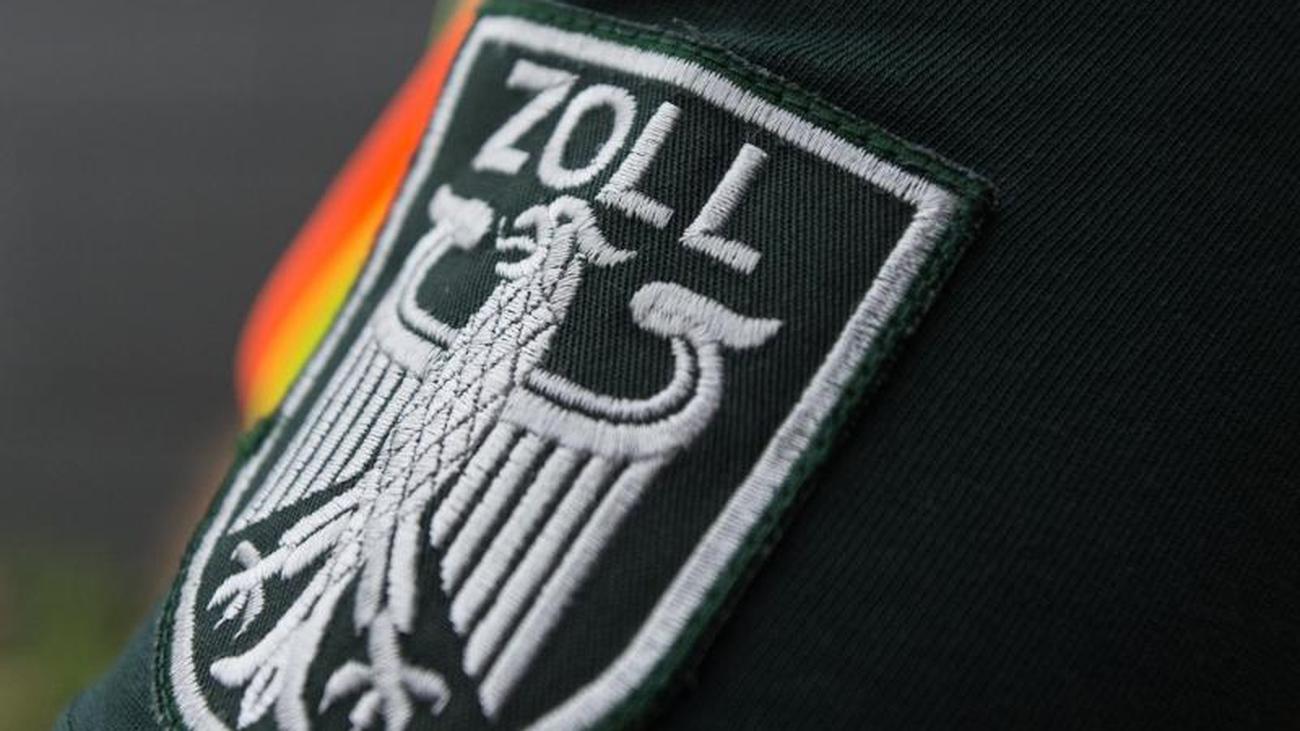 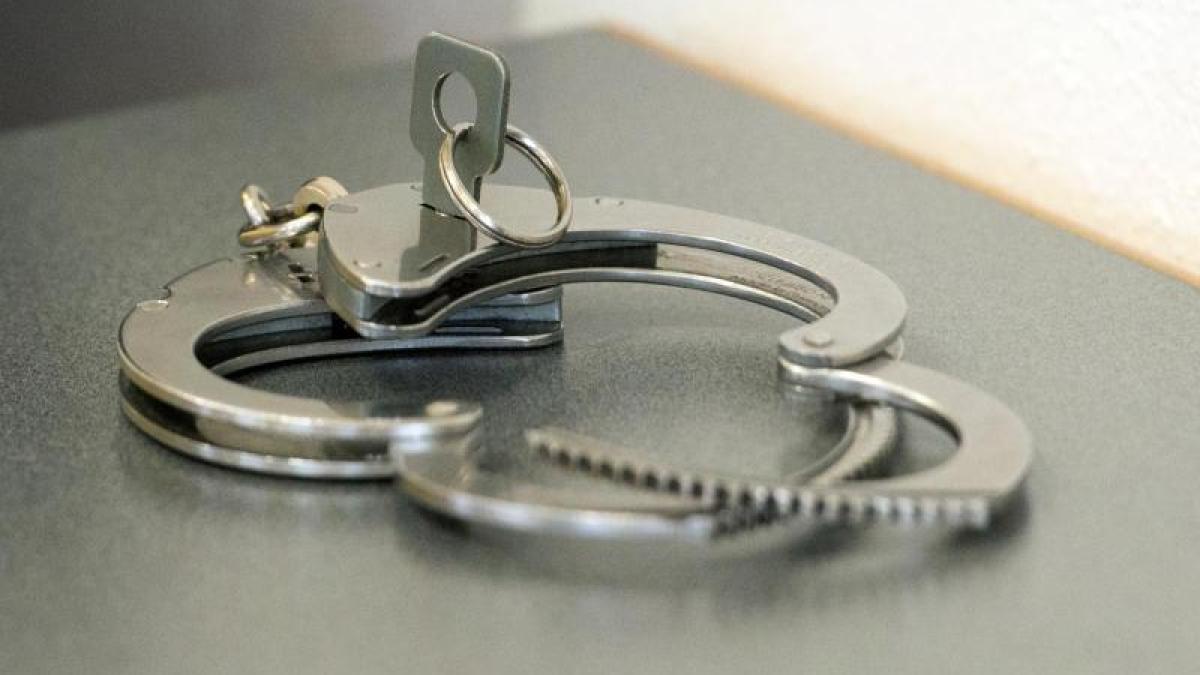 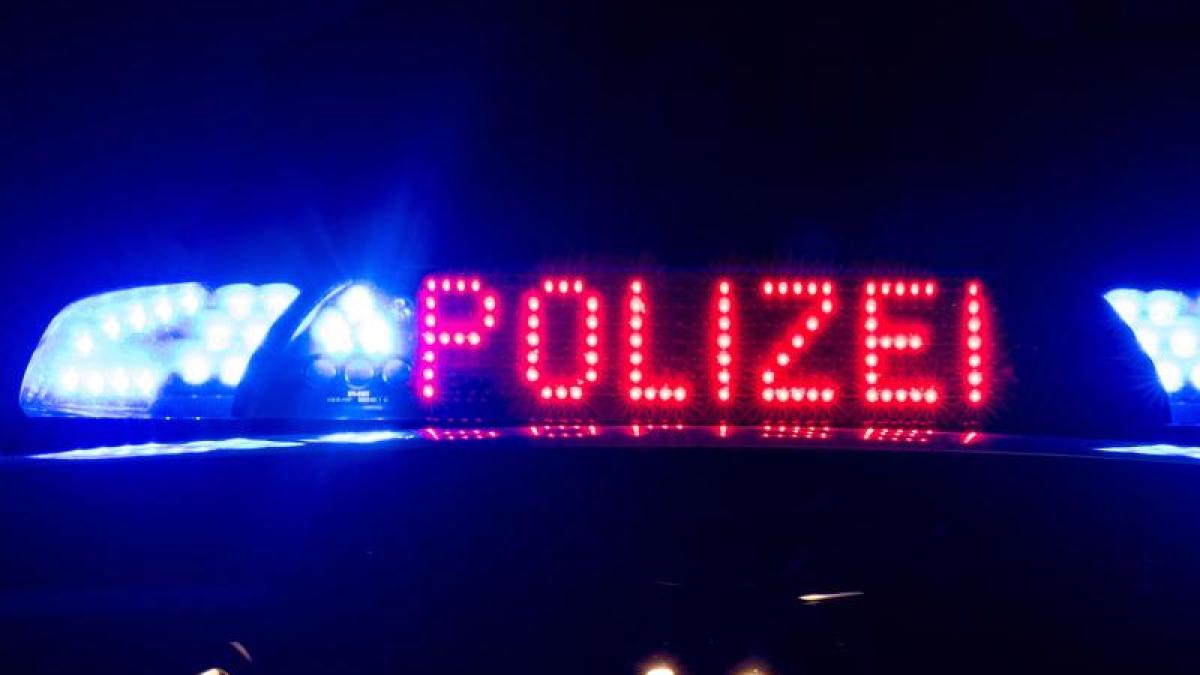 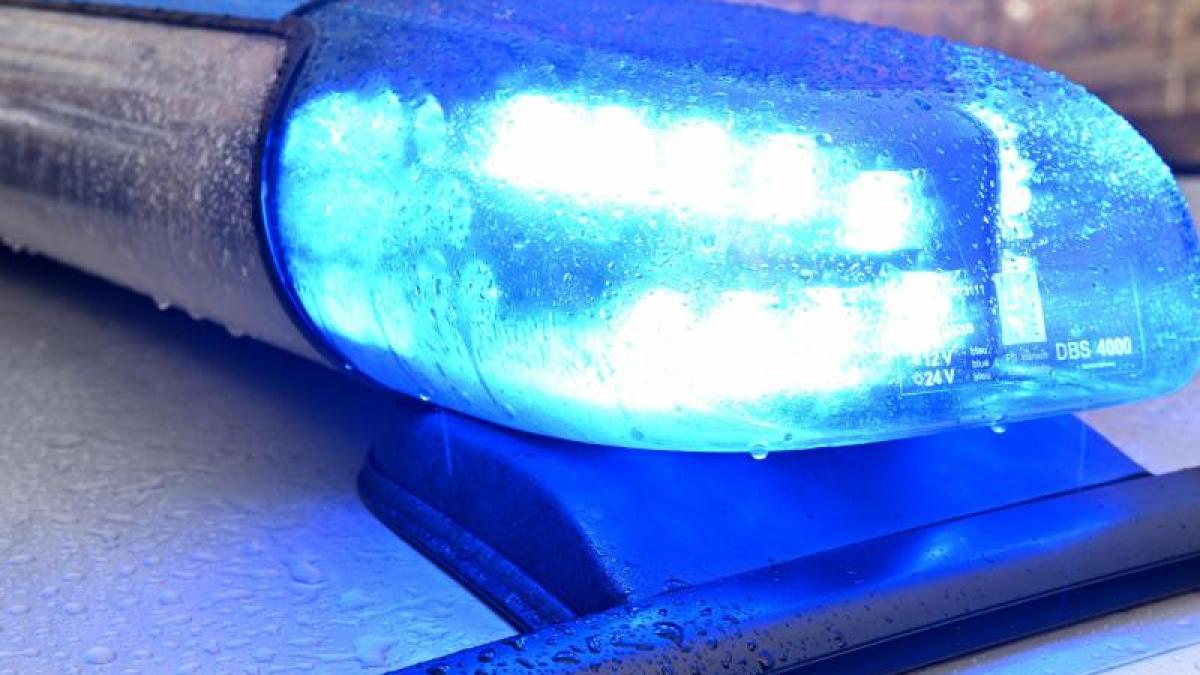 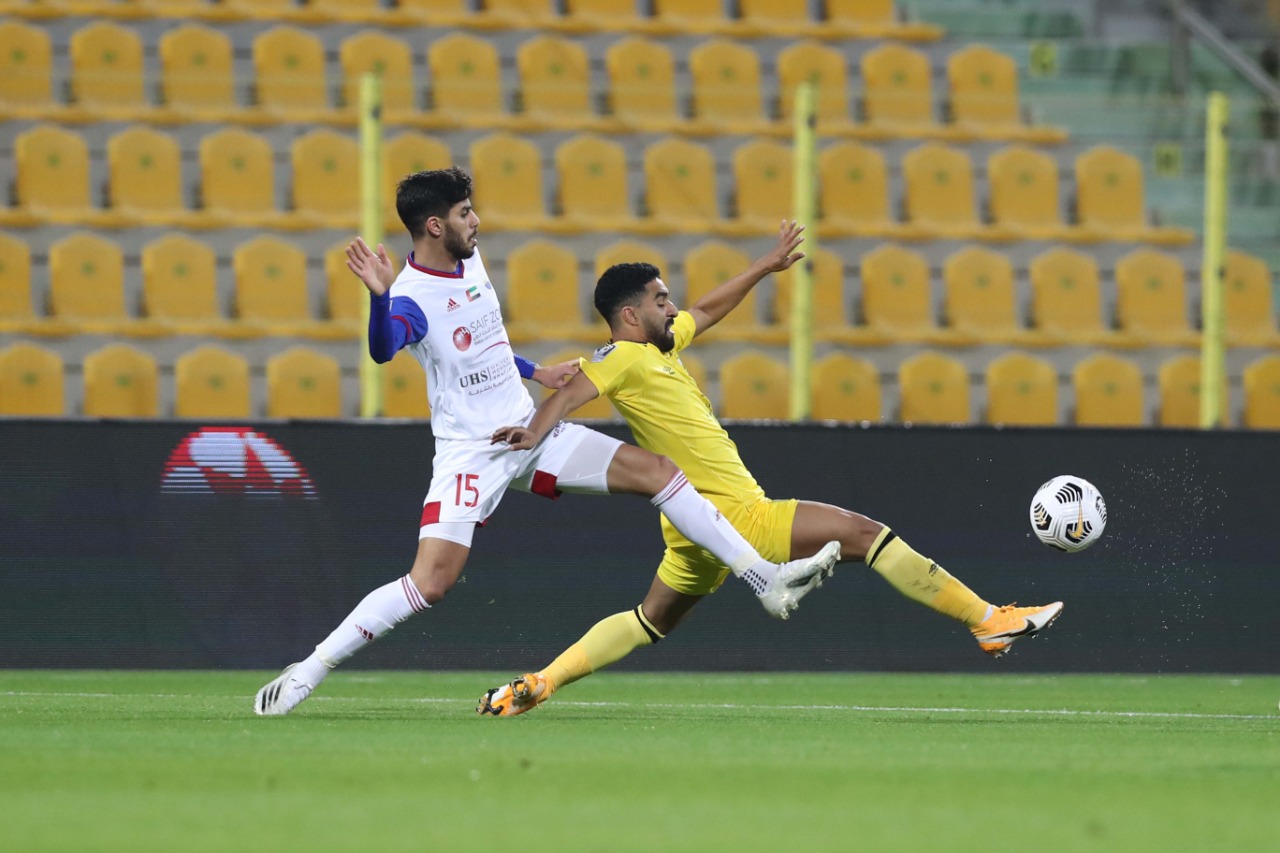 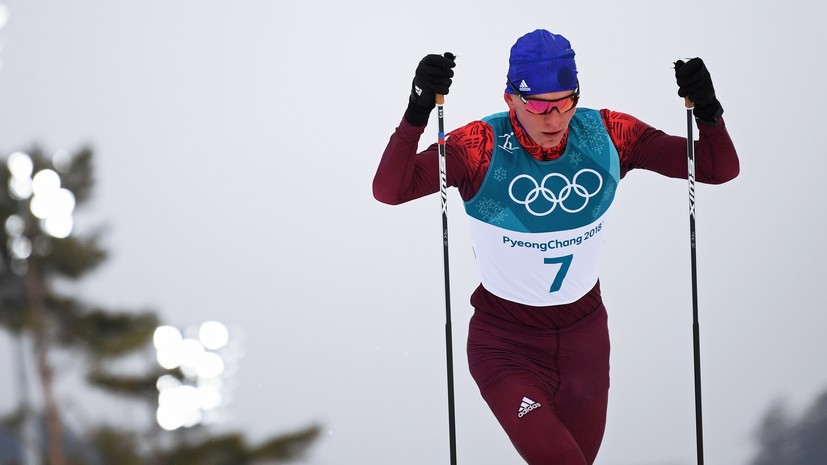