Kulusevski on failed free kick: "Will make a billion mistakes in my life"

Dejan Kulusevski shot a failed free kick that France took advantage of and countered in 4-2. - I will make another billion mistakes in my life, about the effort that put an end to the match and Sweden's Nations League dream. 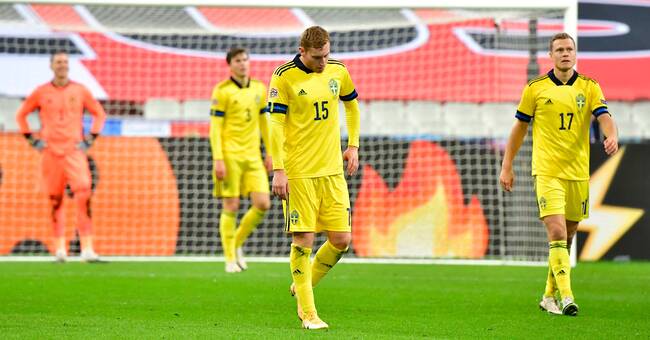 In extra time, Sweden moved up the whole team, including goalkeeper Robin Olsen, to get an equalizer against France in connection with a free kick, to get a 3-3 goal that would then have made them stay in the A-group.

Juventus professional Dejan Kulusevski took the lead far to the right to find a nod for any Swedish player.

The free kick failed and landed short on the front French defense who could make a quick change and put the final 4-2, Kingsley Coman in the 95th minute, in an abandoned goal.

- Such free kicks happen in football.

It was a mistake.

I beat it too short and there is nothing more to it.

I will make another billion mistakes in my life, says Kulusekvski at the subsequent press conference.

If my free kick had been better, we might have been able to cross the match as well, he continues.

Kulusevski had to jump into the last quarter of the international match against Denmark in Copenhagen last Tuesday and then played from the start against Croatia on Saturday, where the conceded 2-1 goal ten minutes from the end with the result in hand forced Sweden's relegation from the A-group.

After the successful effort against last Saturday, Kulusevski played from the start at a desolate Stade de France where Viktor Claesson toeed in 1-0 via a French defensive leg and gave Sweden a dream start after five minutes.

- There were two tired teams, understandably, we have played every other day.

It is difficult to reload.

We should have done better after Claesson's goal but then we lost the ball in some unnecessary situations that France used incredibly well, says Kulusevski.