Anders Christiansen has tested positive for covid-19 around the same time as Malmö FF won the Swedish Championship gold. Now the club's CEO Niclas Carlnén speaks. - In this pandemic, things happen that you can not be prepared for, he says to SVT Sport. 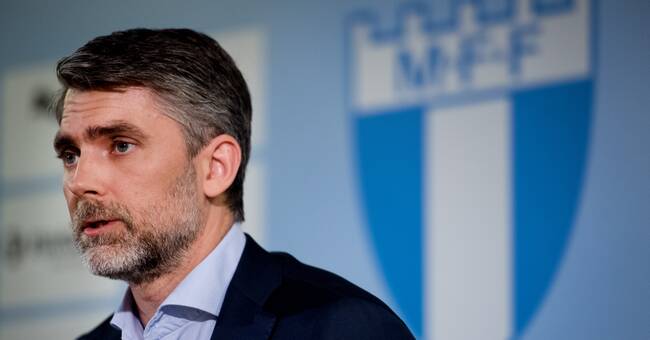 After 4-0 against Sirius, Malmö FF was crowned Swedish champion, but it was a canceled celebration when Anders Christiansen tested positive for covid-19.

In an interview with SVT Sport, the club's CEO Niclas Carlnén talks about what really happened to the team captain.

- "AC" did not feel that he had any major symptoms, but that he was more tired than usual.

After the celebration and the press conference, he sat down and had a chat with our doctor.

They decided to do a quick test, which was positive, says Carlnén.

It is no coincidence that he is tested - and tested positive - immediately after the gold is secured?

- We do continuous tests as soon as someone has symptoms and has done lots of tests, where very few have been positive.

In this pandemic, things happen that you cannot be prepared for.

It was a canceled celebration for Malmö FF and the team did not go out to eat dinner together.

Instead, you are already looking ahead.

It's everything from the news to the fact that you may have a vaccine in place at the beginning of January until it can take much longer, and thus we have no one on what it will look like, says Carlnén and continues:

- It obviously affects our economy that we do not know what will happen to the spread of infection and the public.

We are very dependent on having an audience and partners in place.

Then player sales and European group games can create important revenue in the long run.

Sportingly, it makes no difference.

We will be well prepared as usual.

Speaking of sports, captain Christiansen has been rumored to Saudi Arabia, but MFF is said to have refused.

- We never comment on player deals and if we do, it is when they have happened.

However, we never comment on transitional sums or finances in that way, so I have no comment there, Carlnén says to SVT and continues:

- When it comes to the players in general, we write contract length based on how long we want them with us.

Then things can happen that you have not planned for and then you have to act on that basis.

Therefore, it is important to have a plan and readiness for the continuous state of change.