Ittihad Kalba defeats Fujairah, settles the derby in its favor, and reaches the sixth point

Ittihad Kalba defeated its guest, Fujairah, with a goal for nothing in the match that was held this evening in the fifth round of the Arab Gulf League, so that it scored (6) points, while the balance of Fujairah remained one point. 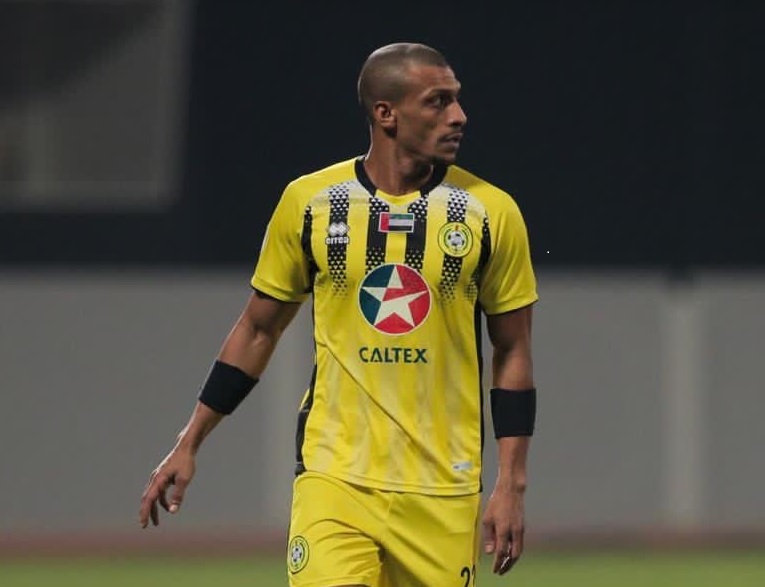 Ittihad Kalba defeats Fujairah, settles the derby in its favor, and reaches the sixth point

Ittihad Kalba defeated its guest Fujairah 1-0 in the match that was held this evening in the fifth round of the Arab Gulf League, so that its score became (6) points, while Fujairah remained one point.

The first minutes of the match were marked by the extreme caution of the two teams, during which an attempt was made to the Kalba Federation by the Togolese Malaba, who hit the header and confronted Fujairah goalkeeper Tamimi (5). The Fujairah goalkeeper was able to show a distinctive reaction when he

confronted a beautiful ball shot by the Swiss Mariani from a direct free kick (38), and at the beginning of the second half, Ittihad Kalba succeeded in opening the scoring by a Swiss shot Mariani loaned by Shabab Al-Ahly (48), from outside the penalty area. He scored the first goal, before Kalba goalkeeper Jamal Abdullah saved his goal from the creeping ball that was shot by Brazilian Nunata (55).

The Iraqi defender of Fujairah, Muhammad Mustafa, managed to deflect a goal ball after a ball that was shot by the Brazilian Caravalho near the goal (69), while the Kalba goalkeeper confronted a strong, creeping ball shot by the Brazilian Rosa (74), while Fujairah missed an easier opportunity after a shot by Tunisian Firas Al Arabi (90) +1) Out of the field, before Fujairah got a penalty kick after the Ivorian player Olabi kicked it out of the stadium by Swedish Samuel, to end the match with the victory of the Tigers with a clean goal.