“There is no fire in the lake”… Should we (already) be worried about the UBB?

After stepping on the Top 14 last season, the Bordeaux club is having a complicated start to the seasonThe UBB de Marais is in a trap at the start of the season. - THIBAUD MORITZ / AFP The UBB has just chained four defeats in a row including three in Top 14. This very average start to the season can be explained by the truncated calendar for the Bordelais but the departure of Semi Radradra is also already being felt. The Union does not panic and hopes to redo the icing in the next two games with th 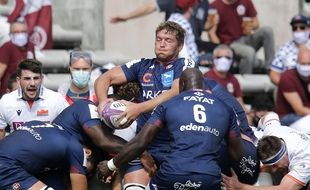 The UBB de Marais is in a trap at the start of the season.

So obviously, that illustrates the current situation.

If at the Union Bordeaux-Bègles, we are used to rants from his manager Christophe Urios, the last date of the beginning of the month, that of Matthieu Jalibert is much less frequent.

The international opening half may have a strong character, but rarely gets carried away at the microphone.

But Sunday evening a few seconds after the defeat in La Rochelle, he could not hold back on Canal +:

We do not respect the jersey.

We lack aggressiveness, we lack commitment.

We are tired of saying every week that we have regrets because the second half, we wake up but it's way too late!

We have to start the games on the ground.

We react today but still happy that we react otherwise we pass for painters.

It is true that the Bordeaux artists, who flew over the championship last season before its stop due to the Covid-19 epidemic, are not inspired at the start of the season, with a victory for three losses in the Top 14 and a four-game losing streak in the Challenge Cup semi-finals.

"We are far from what we had imagined", admits Christophe Urios.

He is not the only one since the players in the world of rugby had made the UBB their favorite for the title this year with Toulouse.

The current 12th place of the club necessarily calls out.

Should we be worried about the Union?

No because there is a black cat at the club

Already Laurent Marti, the president of the UBB, must wonder if there is not a black cat walking in the corridors of the training center because a few months ago everything was fine.

But since the start of the epidemic, everything has gone to waste and the club is not really spared: no first qualification in the finals last season, no title, a completely truncated preparation, a first match championship postponed for Covid-19 at Stade Français, positive cases in the workforce and postponement of the match against Clermont ...

For Matthieu Jalibert, “these are just excuses!

If we start talking about Covid, not Covid or postponed matches… ”If there are“ lots of things that do not help ”recognizes Christophe Urios for his part, that does not prevent us from being there on match day: “Apologies?

We must hang on.

"And if after several weeks of training her team continues to miss the start of the match like in Lyon and La Rochelle, to be very undisciplined or to be brought up to the score like in Pau, the black cat is not for big. -thing.

No because the calendar was a bit truncated

This chain of events was not without consequences for the UBB calendar.

Christophe Urios' players are three away games for only one at home (victory against Brive).

When we know the difference between playing at home or at the neighbor's in Top 14, this can perhaps explain this diesel start.

Especially for a team undefeated for more than a year at Chaban-Delmas.

Moreover, it is the only very small excuse that Urios finds in his group: "If we had received Clermont after Lyon maybe that would have done us good", while recalling that the match was far from to be won.

The manager simply prefers "to see that the UBB has only taken one point in three trips".

Good news for the Union, two receptions are coming with Agen and Bayonne.

Yes because the ghost of Radradra hovers

You miss one being and everything is depopulated… We are not there yet at Union Bordeaux-Bègles but the shadow of Semi Radradra is hovering seriously above the start of the Bordeaux season.

Since the announcement of his departure for Bristol, Christophe Urios may well repeat that “no one is irreplaceable” and that this year's team is even “stronger”, the reality is there: the Fijian center is sorely lacking in it. 'UBB.

His power but especially his creativity are sorely lacking in a Bordeaux three-quarter line without relief for the moment.

Center Jean-Baptiste Dubié reminds us on this subject that “when Semi [Radradra] was at the World Cup, we managed to have a very good series of victories.

"The one who must replace him in this role of X factor, New Zealand winger Ben Lam saw a difficult cheer as underlined by three-quarter coach Frédéric Charrier on France Bleu Gironde this week:" There are a lot of changes for him.

We must give him time.

It's up to us to integrate him as quickly as possible, but it's not easy because he's an introvert.

It is in withdrawal for the moment, it is necessary to insist ”.

Beyond the results or one player in particular, it is the overall content that can be of concern.

The Bordelais came close to nothingness during their first halves in Lyon and La Rochelle.

The spine is no longer as strong: Poirot no longer moves forward as at 20, Diaby is unruly, Higginbotham injured, Lucu more withdrawn, Jalibert in the France team or convalescing due to Covid-19.

Jefferson Poirot, captain of the UBB.

In short, something is wrong at the moment.

"But the third line Mahamadou Diaby promises:" There is no fire in the lake!

Bordeaux: The favorite UBB of the Top 14?

"We mustn't be pretty!

Top 14: A UBB player accuses an opponent from La Rochelle of racist remarks during a meeting 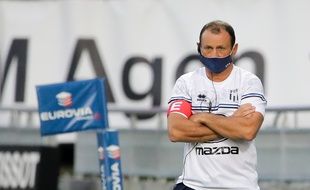 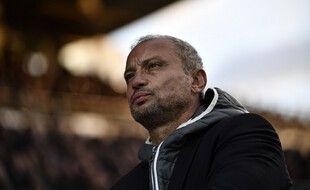 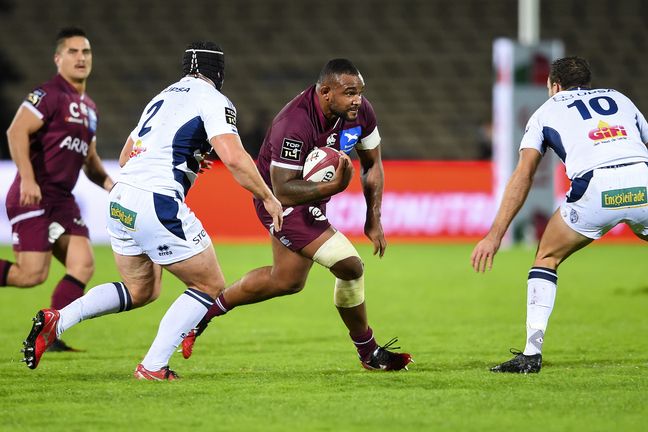 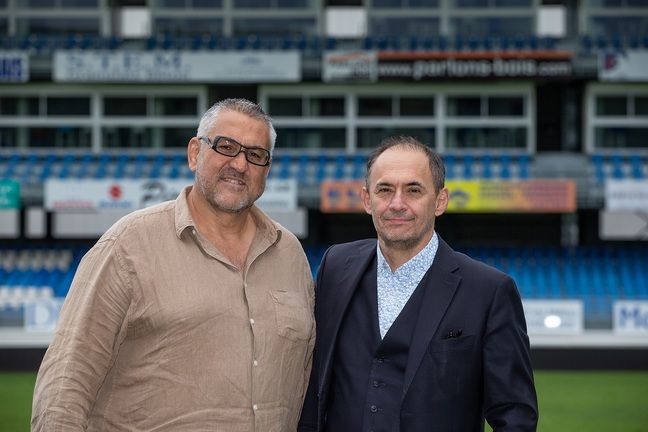 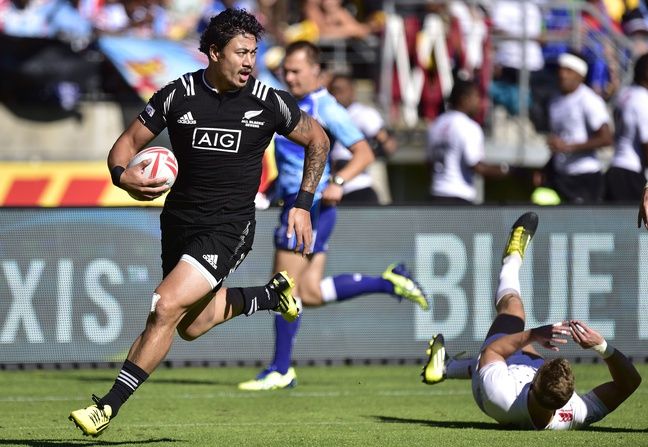 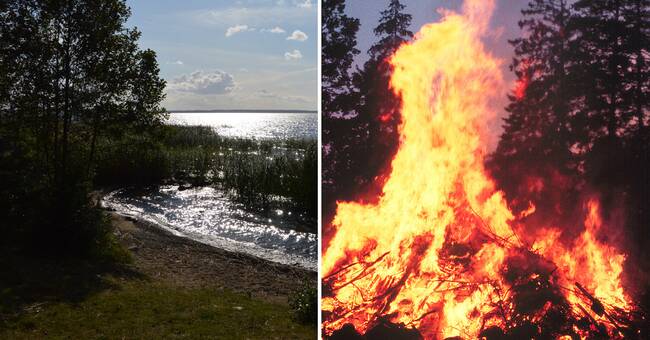 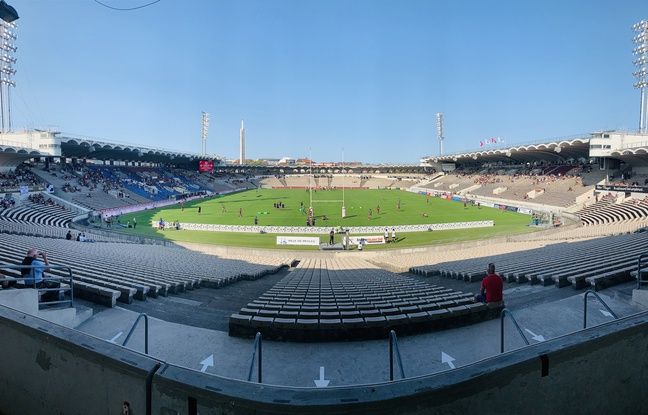 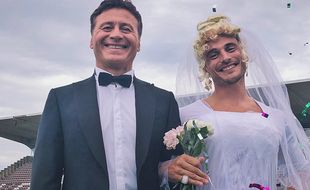 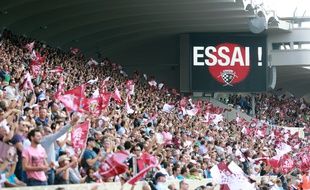