Ronald Koeman was naturally satisfied with the result on Wednesday evening after FC Barcelona's 0-2 victory on a visit to Juventus in the Champions League. The game of his team in Turin also appealed to the 57-year-old trainer. 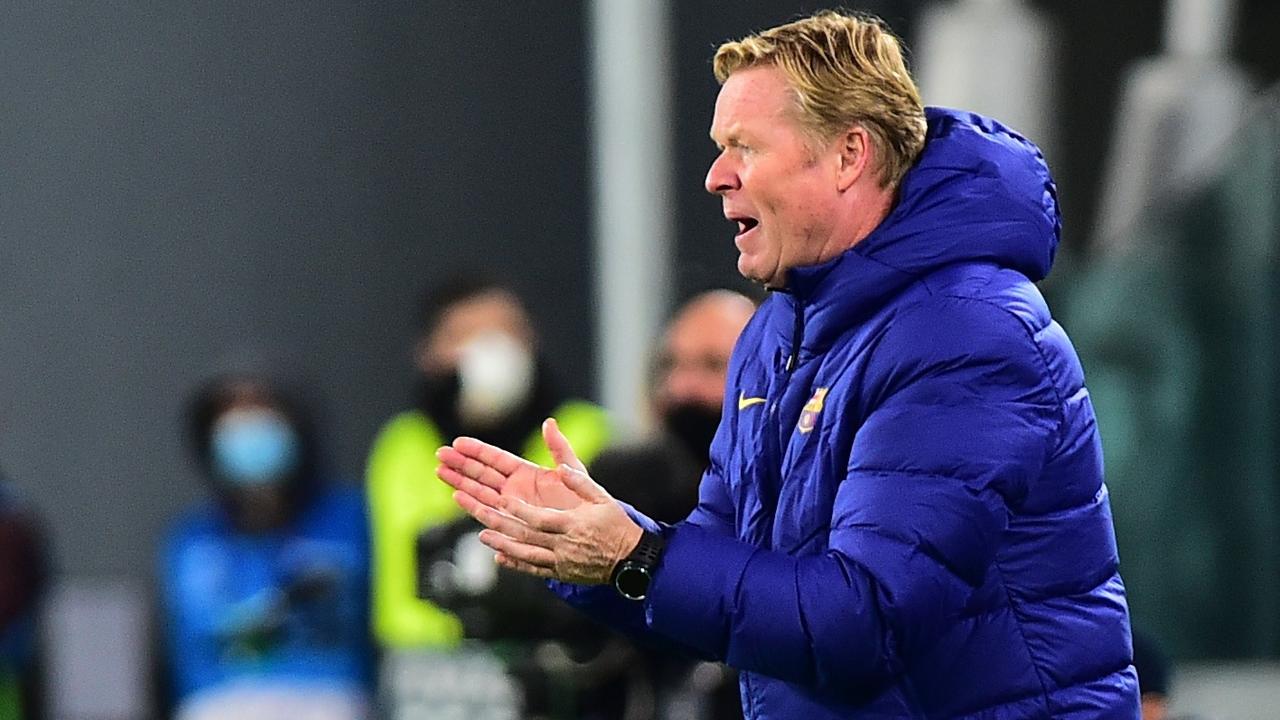 Ronald Koeman was naturally satisfied with the result on Wednesday evening after FC Barcelona's 0-2 victory on a visit to Juventus in the Champions League.

The game of his team in Turin also appealed to the 57-year-old trainer.

"I think we played very well and dominated the game for ninety minutes", Koeman analyzed afterwards.

“We played well and quickly through the center, as it allowed us to get in front of the goal often and create many opportunities.

The only downside to Koeman was that of the many chances, only two ultimately resulted in a goal, which kept the match exciting for a long time.

After the early opening goal of Ousmane Dembélé, Lionel Messi decided the game with a striking penalty kick only in injury time.

"We should have finished earlier", Koeman was critical of his team despite the victory in Turin.

"We had good chances to further increase the score, but also unlucky that that did not happen. As a team, however, we played very well."

Koeman posted Frenkie de Jong as central defender in the second half and was satisfied with how his 23-year-old countryman fulfilled that.

"Frenkie has been there before, I had no doubts whether he could do this."

Antoine Griezmann, who was under fire, also received a compliment from the Dutch coach.

"Antoine was unlucky to finish today, but he worked really hard for the team and I like that."

Ronald Koeman shakes hands with Antoine Griezmann after his substitution.

'Departure board has no influence on players'

Koeman was also happy that his team remained cool in a turbulent period for the club.

Earlier this week, the entire board, headed by chairman Josep Maria Bartomeu, announced that it would resign.

"I think the board has made a decision that they think is best for the club," said Koeman.

"We should only focus on the sporting aspect. Hopefully the internal situation at the club will not affect the players. At least the team has shown it today.

Also his own position is not feared by Koeman, who was brought in by Bartomeu last summer.

"I work for Barcelona and my job is to make the team play well. We succeeded today."