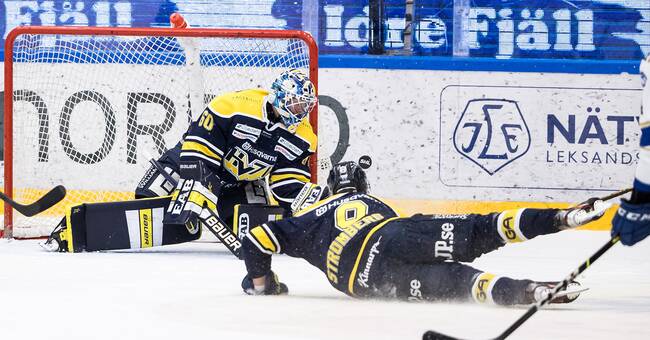 Leksand had won three straight games at home, but all overtime and now the Masers wanted to take their first home three.

Much thanks to a big-playing Hugo Alnefelt in the guests' goal cage who saved everyone from one of the 45 shots he received during the match.

In addition to a draw to 1-1 in the second period, the 19-year-old was indomitable and a great match hero.

HV71 had an odd goal lead with 2-1 with them into the second break.

And in the third period, the puck barely had time to be released before Linus Fröberg put 3-1 already after 29 seconds.

After that, Leksand was allowed to hold more in the puck and created goal chances, but Alnefelt did not let any more pucks pass him and HV71 could take their first away win of the season.

Before the match, Leksand confirmed that they had received their first covid fall in the men's squad.

Marek Hrivik, Jon Knuts and Matt Caito were some of the players who were missing tonight.

Next, Leksand will meet Brynäs away on Thursday.

HV71 in turn plays at home against Växjö.