Umeå meets Visby in the basketball league tonight - with a paltry eight players in the team. - It can be a bit problematic, says the team's coach, Jan Enjebo to SVT Sport. 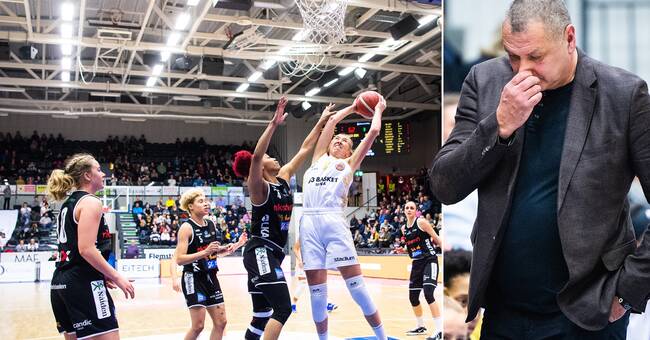 SVT Sport has previously written that Umeå has covid infection in both the women's and men's squad.

Tonight, a match away against Visby and Umeå will be there with a total of eight players in the team - the lowest number of players who according to the regulations can be taken to an away match.

- We have three players who are infected and who are on the road to recovery.

We got the last tests at the end of last week and three of the seven players we have tested were infected.

We get a little thin tonight when we only have eight players with us to Visby for the match.

It can be a bit problematic if something special happens in the match, such as injuries or foul problems, then it can make up for it if you do not have more players on the bench, says the team's coach Jan Enjebo to SVT Sport.

How has the dialogue with the union about your situation gone?

- We have had a good dialogue and follow all recommendations from the infection control.

The association wants all matches to be played and then you can apply to move the match if you have too many players infected, says Enjebo and continues:

- We follow the infection control recommendations first and foremost and then we have eight players we can play with, which is the minimum number needed to carry out an away match and we have that.

Three players infected, what about the other four you tested?

- Those who were negative train with the remaining team who had no symptoms at all.

The other four who also tested themselves were a bit snotty and had a sore throat, but those tests were negative so they have to train and play.

"We have a lot to prove"

The match itself believes Enjebo will be an even story where Visby should not be underestimated.

- It will be an even match and that we can keep a high class with the players we have.

At the same time, I have full respect for Visby, even though it has only been three matches and they have also had a bit of bad luck with injuries and other things.

We could go in with a little favorite but we have at the same time played only two matches and not praised the market.

We have a lot to prove to ourselves.

Best team of the day wins.

The match will be broadcast on SVT24 and on SVT Play starting at 7.30 pm.