China News Service Client Beijing, October 19th (Bian Liqun) From Tianjin TEDA’s first win of the season, to Shijiazhuang Yongchang’s reversal of the Dalian native, to Henan Jianye’s victory over Wuhan Zall, the Chinese Super League’s relegation team finished three games. The weak wins the strong situation. Even in the championship match on the evening of the 18th, Shanghai Shenhua, who played w 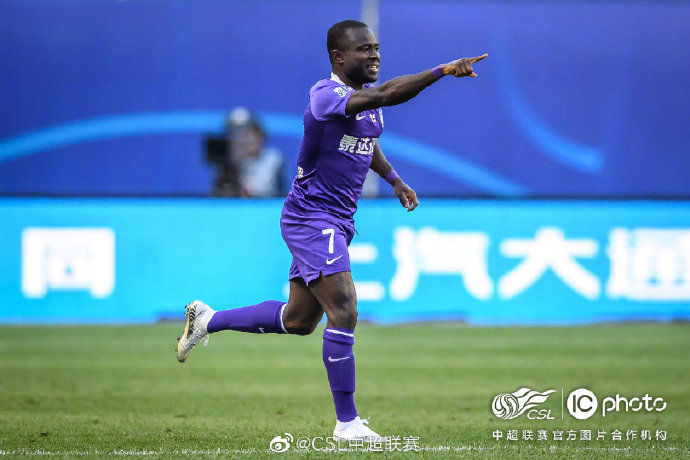 Even in the championship match on the evening of the 18th, Shanghai Shenhua, who played with double foreign aid, also drew 0-0 against the powerful Shanghai SIPG.

The "stupid birds" in the first stage of the Chinese Super League "fly" in the most critical second stage...

Tianjin TEDA, which had 3 draws and 11 losses in the previous 14 games, has a new look in the second stage.

The second stage is more cruel than expected

The two-round knockout system is destined to be cruel and abnormal in the second stage of the Super League. Especially for the relegation team, a wrong step is likely to fall into the abyss.

It is exactly the same. From the second phase of the opening match between Tianjin TEDA and Shenzhen Kaisa, the taste has completely changed.

With frequent hand-to-hand combat and the bloody nature of fighting every inch of the land, the excitement of the game has doubled compared to the first stage.

Under the strong desire to survive, each team worked hard.

Those teams that seem to be uncompetitive in the first stage are showing a renewal trend.

Tianjin TEDA, who hadn't won the first 14 rounds, had 2:0 to overcome the deepest signings this season.

Henan Jianye, who had lost 11 consecutive double-lanes in the Super League and the Football Association Cup, defeated Wuhan Zall 1-0.

Shijiazhuang Yongchang, who is not dominant in strength, turned the Dalianese under the command of the famous coach Benitez 2:1.

Compared to the stalemate on the game scene, this feeling of seeing a team that played well in the first stage is gradually approaching the abyss is even more chilling.

"Thigh" Matthews passed and shot after returning from injury, becoming Shijiazhuang Yongchang's greatest contributor to the reversal of Dalian people.

"Stupid birds", why did they fly first?

In fact, before the start of the second stage, the outside world has anticipated that some previously under-performing teams may bottom out and rebound, but in the three relegation group games that have been completed, the collective defeat of the strong by the weak is still shocking.

But as far as the competition is concerned, whether TEDA, Yongchang or Henan Jianye, winning the game is well deserved.

The three teams demonstrated strong pertinence and precise positioning in their respective games, placed themselves in the weak position, lost their burdens and tried their best with their opponents, fighting back on the basis of a good defense.

On the contrary, teams with seemingly good paper strengths such as Shenzu and Dalian have problems in the course of the game, such as vague positioning and inability to implement targeted play.

The joining of Suarez and Ahmedov completely activated Achim Peng.

And in terms of the strength of the current three "Stupid Birds" lineup, it is by no means as weak as I think.

After TEDA introduced former SIPG midfielder Ahmedov and Portuguese Super striker Suarez, the entire central axis has been upgraded. The successive additions of new players have also revitalized Achim Peng who had previously been difficult to support.

In the first stage, Jianye and Yongchang both encountered a passive situation of disorganized foreign aid, which more or less affected their results.

After the lineup in the second phase is complete, it will naturally be "resurrected with blood."

Like the former, Bassogo, Dorado and Kalanga are all players who have proven their strength in the Super League. For Yongchang, Matthews and Muric have two sharp knives and can play against SIPG and Guoan. It played a huge role, let alone the Dalian people whose defense line was unstable.

In addition, Tianjin TEDA and Henan Jianye both abandoned the first stage very early and focused on the second stage of preparations, while Shenzu, Dalian people, and Wuhan Zall lost the final moments to enter the championship. The group hoped, so the "stupid birds" were more fully prepared and seized the opportunity to "take off" at the beginning of the second stage.

Dorado used the penalty kick to score the winning goal for Henan Jianye.

In the second round, the "stupid birds" continued to fly?

Since there is no away goal system in the second stage, the score difference between the three relegation matches is not big. TEDA leads Shenzhen by two goals, Yongchang and Jianye both have the advantage of one goal.

But in this kind of cup competition, each team pursues pragmatism, and the three leading teams are good at defensive counterattacks. In the lead, they will make full use of this advantage.

Judging from the ability of Shenzhen Football Team, Dalian People and Zall in the past, they are not absolutely competitive in the offensive of positional warfare. It is not easy to tear off the opponent's tight defense and at the same time prevent the opponent's rapid counterattack. thing.

But everything is possible on the football field. There will be a gap in the 100 secrets. Maybe a mistake by one party can completely reverse the situation.

In the cup, whoever made the mistake in the final analysis.

As for whether the "stupid birds" can finally escape their lives collectively, the answer will be revealed in the new week.