Chinanews client, Beijing, October 16th. In the golden autumn of October, we will usher in a beautiful weekend. As the weather gets colder, staying at home on weekends to enjoy the exciting sports events may be a good way to relax. The CBA new season regular season kicks off this weekend, the Chinese Super League enters the relegation stage, and the five major European leagues also continue. Fan 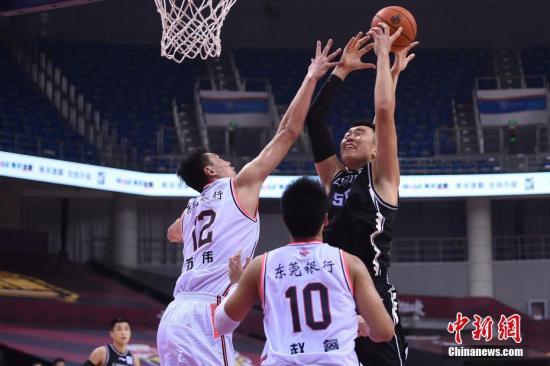 Chinanews client, Beijing, October 16th. In the golden autumn of October, we will usher in a beautiful weekend.

As the weather gets colder, staying at home on weekends to enjoy the exciting sports events may be a good way to relax.

Fans can watch the TV and feast their eyes.

(The following are all Beijing time)

The picture shows Han Dejun of Liaoning team attacking with the ball.

This Saturday, the 2020-2021 season CBA League will kick off in Zhuji, Zhejiang.

The regular season consists of 56 rounds, divided into 4 stages.

There are 12 rounds in the first stage. Affected by the epidemic, the competition in this stage continues to be conducted in a tournament system.

It is worth mentioning that the new season will be the longest season in the history of the CBA regular season, starting on the 17th of this month and continuing until early May next year. The regular season spans more than half a year.

On the opening day of the season, the CBA plans to compete in two games, namely Jiangsu vs. Qingdao and Guangdong vs. Zhejiang.

After nearly 20 days of rest, the second stage of the Chinese Super League will officially start on the afternoon of the 16th.

Eight championship teams and eight relegation teams will fight each other in the Suzhou Division and Dalian Division.

In the championship group, Guangzhou Evergrande and Shanghai SIPG are undoubtedly the favorites to win.

In the first stage of the competition, Guangzhou Evergrande scored 11 wins, 1 draw and 2 losses in 14 rounds, with 34 points, ranking first among 16 teams in the two divisions.

In the second stage of the game, Guangzhou Evergrande will first face the challenge of Hebei Huaxia Happiness. After passing this hurdle, they will face the winner between Beijing Guoan and Shandong Luneng.

In the first stage, Shanghai SIPG, the leader of the Suzhou Division, will face its rival Shanghai Shenhua in the first round of the championship sequence.

In terms of strength, SIPG has a clear advantage, but Shenhua is also a team that is good at playing tough games.

Between the two teams, the winner is still unknown.

And the winner between them will advance to the "semi-finals" to face the winners of Jiangsu Suning and Chongqing Dangdai, and the side that wins again at that time can enter the final championship contest.

Data map: On May 23, local time, Barcelona, ​​Spain, the Spaniards trained for battle.

This weekend, the five major leagues in Europe are rekindled.

On the just-concluded national team match day, Juventus superstar Ronaldo tested positive for the new crown, and he therefore missed the UEFA Europa League game where Portugal played at home against Sweden.

However, on the 15th local time, Juventus announced that Ronaldo’s special medical plane has arrived in Turin, and he will continue to be isolated at his home in Turin.

In the early morning of the 18th, Beijing time, Juventus will challenge Crotone away. Although Cristiano Ronaldo can't attend, Juventus still has a high probability of winning against the bottom-ranked opponent.

Another focus of this round of Serie A is the contest between AC Milan and Inter Milan.

From the beginning of last season, AC Milan ushered in a revival.

At the beginning of the season, they scored three consecutive victories in the league, and currently they only rank second in the standings with a goal difference.

Although Inter Milan has not yet tasted defeat in the new season, their defensive problems have become increasingly prominent.

Which side is better in this "same city derby"?

It is undoubtedly worth looking forward to.

In the West Second Division, the Spaniard will challenge Vallecano away.

It has been more than a month since the opening of West Division II. Although the team topped the standings, Wu Lei still has not entered the state.

In the latest issue of Wu Lei's Weekly Diaries, Wu Lei mentioned that he has been plagued by injuries recently. In this game, whether he can appear on the court still needs a big question mark.

This Friday night, the quarter-finals of the League of Legends World Finals S10 continued to compete.

In the previous game, the DWG team had zero seals from the DRX team, also from South Korea, and successfully won a top four spot.

The remaining 3 games will be played this weekend. On Sunday night, the final 4 seats of S10 will all be released.