The globe will be the paddle arena - with 14 courses

The globe has been largely empty since the corona pandemic broke out. Now the arena in Stockholm will be a temporary paddle hall instead, writes Dagens Nyheter. 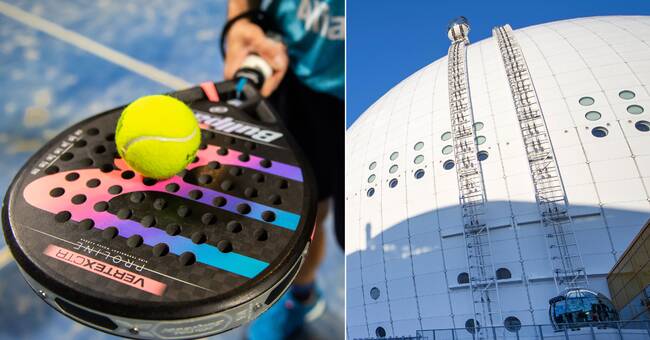 - We expect to have fully opened for padel by November 1, says Peter Hansson, CEO of the newly formed company Globen Padel, to DN.

- We have had a small dream of arranging a big competition in the Globe, but then came the corona pandemic.

Then an idea was born to rent us into the arena and get the opportunity to play paddle in a cool environment.

There will be room for 14 courses, twelve for doubles and two for singles.

Padel is the fastest growing sport in Sweden with about 500,000 practitioners.

And despite the fact that there are about 200 courses in 25 halls in Stockholm, Hansson believes that it will be possible to fill the Globe as well.

- It is fully booked almost everywhere two weeks ahead in the best times, he says.