My name is Robbert van der Linde and I will keep you informed about the official debut of Ronald Koeman as coach of FC Barcelona here.

FC Barcelona-Villarreal · a few seconds ago

Ronald Koeman has had an excellent official debut as a coach of FC Barcelona.

The new trainer of the Catalans sees his team set aside Villarreal 4-0 in the first league match in their own Camp Nou.

All goals are scored in the first half.

Ansu Fati makes the first two goals of the Koeman era, after which Lionel Messi also appears on the score sheet.

Thanks to a penalty kick, the Argentine star player, who remained loyal to Barcelona despite his dissatisfaction, scores for the seventeenth season in a row in La Liga.

The 4-0 is an own goal by Pau Torres, which means that Koeman starts his coaching job with his old love with a big win.

90 + 2 'Messi allows Pjanic to build for a free kick in a place with opportunities.

However, the Bosnian's effort flies over the goal.

He successively stops Trincão and Messi from scoring with a great reflex.

Despite the four goals against, the goalkeeper is the best man on the yellow side.

83 'The second half is significantly less fun than the first, but that will be a concern for Koeman.

His Barcelona are on their way to a big victory on his official debut.

The Catalans play the game a bit on automatic pilot, although fatigue also plays a role.

Sometimes the referee unintentionally gets in the way, but Philippe Coutinho has a good solution with a panna.

The Bosnian, who came over from Juventus, comes in for the invisible Antoine Griezmann.

It is not known whether it is because of Koeman's debut or the start of the competition for Barcelona, ​​but fireworks are regularly set off outside the Camp Nou.

The fireworks on the field are unfortunately a bit lacking after the break.

72 'De Jong sends Alba deep over the left, after which the left back releases a fine cross.

Messi gets the ball on his head, but sends the ball wide.

70 'Ansu Fati will not be the youngest player ever to have a hat-trick in La Liga.

The two-time goalscorer is removed by Koeman and replaced by Ousmane Dembélé.

66 'Messi occasionally shows a glimpse of his class.

He dribbles in à la Arjen Robben from the right and hits with the left.

The attempt is excellent, but Asenjo prevents the Argentinian from scoring his first goal from open play under Koeman with a flashy save.

63 'After more than an hour there is the first real work for Neto.

The replacement for the injured Ter Stegen between the posts at Barcelona returns a shot from Moreno.

The Barcelona players celebrate the fourth goal just before half time.

If the Catalans want to give Koeman a record start, they have to score a little further.

In August 2013, Gerardo Martino started his training period at Camp Nou with a 7-0 win over Levante.

55 'For a second, Moreno thinks he will shoot the honorary goal for Villarreal, but the flag has already gone up and the whistle has already sounded.

It is not very exuberant, but despite everything that has happened in the past month, Lionel Messi can still take a punch after he uses a penalty kick.

Ansu Fati launches Messi with a nice rocker and sees the Argentinian in the hands of Asenjo.

46 'The second half in Camp Nou has started.

Are the Barcelona players going to embellish Ronald Koeman's debut even more, or will Villarreal fight back a bit?

At Barcelona they are very happy that Lionel Messi can still be admired in the 'blaugrana'.

The Argentinian continues under Koeman with what he always does: score.

Due to his striking penalty kick after more than half an hour against Villarreal, Lionel Messi is the sixth player ever to score in seventeen different La Liga seasons.

To say that the hand of Ronald Koeman is already visible is perhaps a bit opportunistic, but the fact is that FC Barcelona is leading 4-0 against Villarreal in the first official match under the Dutch coach halfway through.

Ansu Fati makes the first two goals under Koeman, while Lionel Messi (used penalty) also has his first goal of the season.

Pau Torres makes it all a bit more painful for Villarreal with an own goal, which has no chance.

The ball is intended for Sergio Busquets, but before the midfielder can reach it, Pau Torres is in the middle.

However, the defender taps the ball past his own goalkeeper into the goal and unintentionally makes Ronald Koeman's debut even better.

Lionel Messi's 3-0 in the picture.

It's not the best penalty the Argentinian has ever taken, but he's in it and that's the point.

This is how you start the new season 💥From the dot, Lionel Messi signs for Barca's third hit: 3️⃣-0️⃣ #ZiggoSport #BarcelonaVillarreal #LaLiga

Ronald Koeman watches from the sidelines.

The coach is on his way to a beautiful debut as a trainer in Catalan service.

41 'Coutinho is very close to 4-0 with a half successful volley.

The Brazilian's attempt has a strange bounce and that is why Asenjo has the necessary trouble to tap the ball over the bar.

39 'Villarreal reports again for the goal of Barcelona, ​​but the visitors are called offside.

Who else but Lionel Messi gets behind the ball and the Argentinian star player also scores his first goal under Ronald Koeman.

That almost goes wrong, because Sergio Asenjo gets a hand behind the pingel.

To his horror, however, the Villarreal keeper sees the ball pass under him and end up in the net.

A dream start for Koeman near Barcelona.

Ansu Fati falls to the ground after very light contact with Mario Gaspar.

There doesn't seem to be much going on, but the ball hits the dot.

At 17 years and 332 days, Ansu Fati can become the youngest player ever to have a hat-trick in La Liga.

That record is still held by José Iraragorri, who was 17 years and 337 days old ninety years ago (on February 16, 1930) when he scored three times against Real Sociedad on behalf of Athletic Bilbao.

Goalscorer Ansu Fati is on his way to thank principal Jordi Alba after the opening goal.

26 'There, Messi is also close to his first goal of the new season, but Asenjo prevents that with a great save.

Moments later, with a nice reflex, he also stops Alba from scoring, who tries to surprise the goalkeeper in the short corner.

And also Barcelona's second goal in the Koeman era comes from the foot of Ansu Fati.

The seventeen-year-old attacker is the end station of a razor-sharp counter.

For the archives: the first goal of Barcelona led by trainer Ronald Koeman.

Ansu Fati is the big man of the first minutes under Ronald Koeman at Barcelona.

The youngster is put free in front of the keeper with a nice ball by Philippe Coutinho.

He shoves the ball in as if he has been competing at the highest level for years and doubles the Catalan margin.

It is that there is no audience at Camp Nou, otherwise it would have been on the benches after the beautiful opening goal of Ansu Fati just now.

However, the coronavirus still has Spain in its grip, meaning that no spectators are welcome to celebrate the goal, although there will undoubtedly be loud cheering elsewhere in Catalonia.

The first goal of Barcelona under Ronald Koeman is a fact, and it is made by Ansu Fati.

Jordi Alba is looking for Lionel Messi from the back line, but still finds it only seventeen-year-old super talent.

He whips the ball into the cross without hesitation.

Frenkie de Jong during the warm-up.

The midfielder plays under Koeman in his beloved position of defensive midfielder.

With Sergio Busquets he has to guard the balance behind the attacking block Coutinho-Griezmann-Fati and striker Messi.

5 'Alba tries to reach Messi with a sharp cross, but keeper Asenjo is in between.

Villarreal is currently withdrawing from its own half and will only bother the Catalans when they come across the center line.

Here's YOUR starting XI for the first @LaLigaEN match of the 2020/21 season!

The ball has started, the Koeman era at Barcelona has officially begun!

As if the club is not in crisis at all, the 'Cant del Barça' blares through Camp Nou before the start of the game.

An image that we would not have expected a month ago: Lionel Messi warming up in the Barcelona shirt before a match.

The Argentinian said he wanted to leave, but came back (with the necessary reluctance) and is therefore available for Ronald Koeman.

So it will be the official debut for Ronald Koeman.

The former national coach of Orange already led Barcelona during three exhibition matches, all of which were won.

Now it is 'all about the real thing' and the pressure is immediately sky-high.

In any case, Koeman will not take the lead in La Liga with Barcelona tonight.

The Catalans will only come into action in competition for the first time tonight, because they were allowed to start the season later due to their European obligations last season.

Much later was also not possible, as there are already teams with three games played in La Liga this season.

In Camp Nou, Villarreal is the first opponent of the Catalans in the new era under the Dutch trainer. 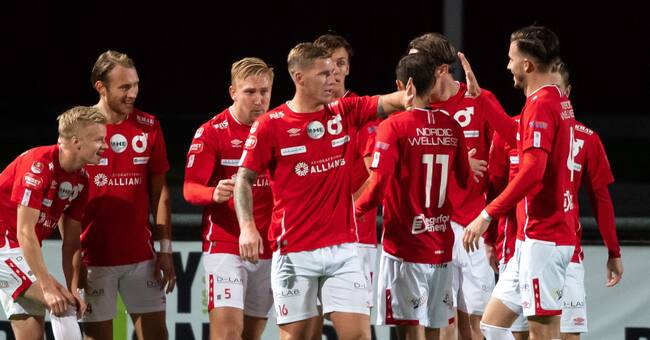 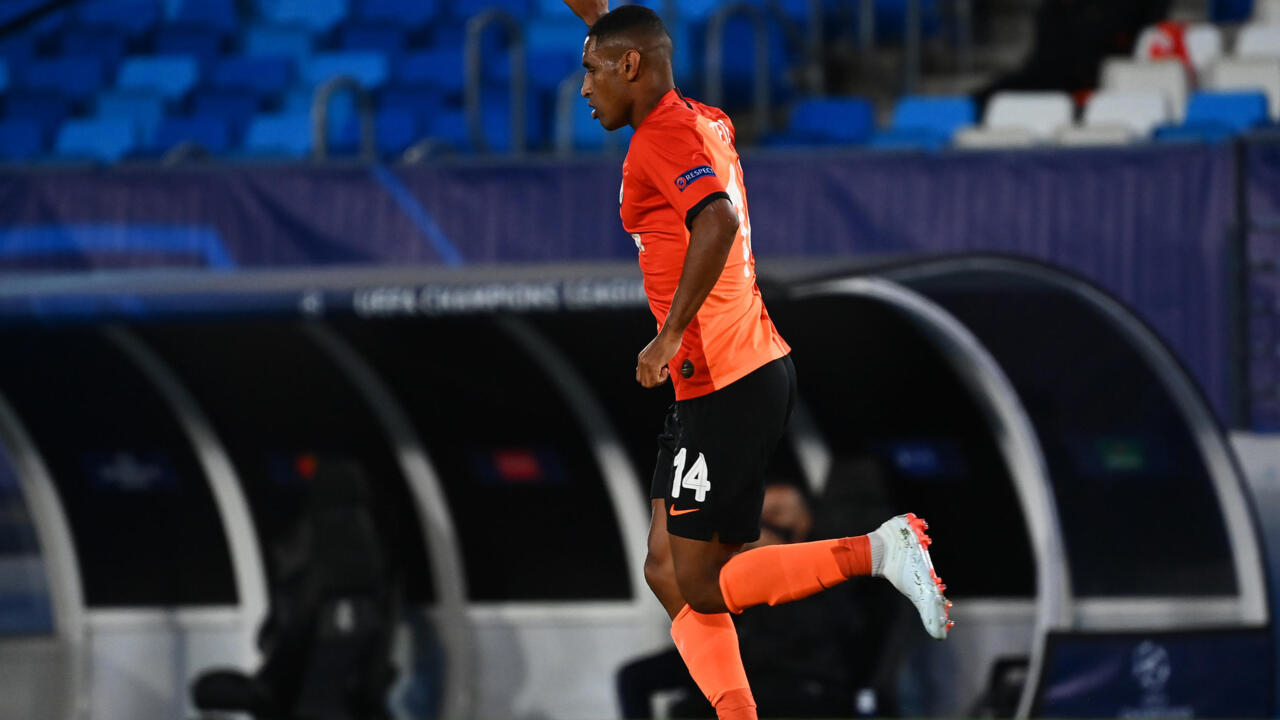