On their bike then on the side of the roads, fans of the Grande Boucle had a great time on Wednesday for the first arrival in history at the top of the Loze pass. 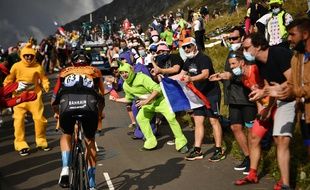 Thousands of Tour fans invaded the edges of the Loze pass on Wednesday, including Teletubbies.

While waiting for the riders to arrive on Wednesday afternoon in the heart of the Col de la Loze, David still cannot believe it.

The day before, this farmer from the Landes took 23 minutes to cover a portion of less than three kilometers here.

"This is where we really realize the madness of the thing.

Before this turn, I leaned against the barrier.

That was where I was, ”smiles the one who enjoyed the“ tartiflette-large beer ”combo like never before that very evening.

Like many cycling enthusiasts, he and his friends immediately ticked the date of September 16 to discover "the ultimate stage to follow".

David (on the right) and his friends came from the Landes especially to discover the Loze pass.

David even bought a bike for the occasion and prepared for three months to overcome the terrible climb (2,304 m above sea level), clocking in at 1:05 of effort over the last 10 kilometers.

"It's a sacred memory and I will never find such a crazy portion in the Pyrenees", he concludes.

Hundreds of French, Belgian, Dutch and Slovenian cyclists, like him, tried the sporting challenge of a lifetime in a pass destined to become legendary on the Grande Boucle, a few hours before the triumphant arrival at the top of Colombian Miguel Angel Lopez.

"We would never have gone to the end"

Far from the effervescence and the disguises of tyrannosaurs or Teletubbies in the pass, some cyclists gave up the affair at the entrance of Méribel, long before really attacking the monster of the Loze.

Talkin 'about a revolution

This is where we meet Erwin and Basile, who came from Lille especially to follow the alpine stages of this third week.

Left by bike Wednesday morning from their Moutiers campsite, they rode 20 km before breaking down.

"A pedal has failed but I must admit, it's also a good excuse because we would never have gone to the end," smiles Erwin.

There is beer and a giant screen, it's not that bad.

Erwin and Basile dropped the case on Wednesday at the big screen installed at the entrance to Méribel.

Stade Rennais football shirt on the back, Basile had especially checked this stage of the Tour "to see our Thibaut Pinot fight for the yellow jersey".

34th in the stage and 31st overall, the leader of Groupama-FDJ is obviously far from the mark.

But Basile has a much more crucial concern to share with us: "We absolutely have to ask the Haribo vehicle to swing Dragibuses rather than Crocs".

Sorry, we had to find a downside to this dantesque first arrival of the Tour à la Loze.

Tour de France 2020: How the gruppetto “picked up” in the “galley” of the Col de la Loze 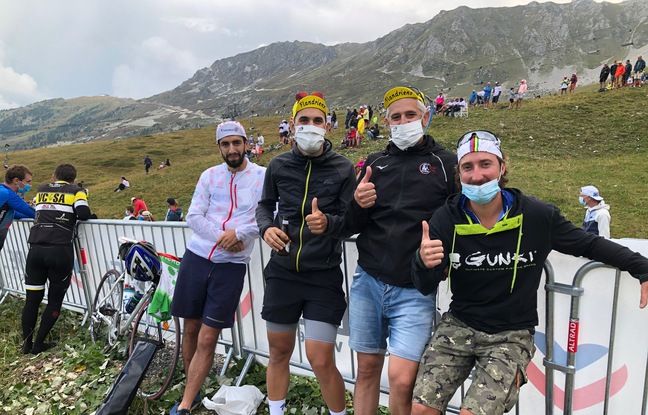 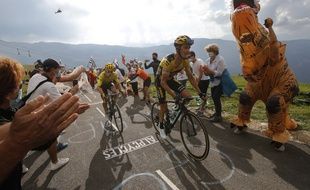 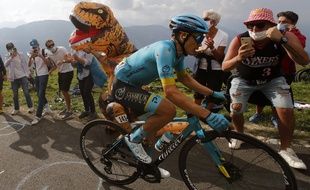 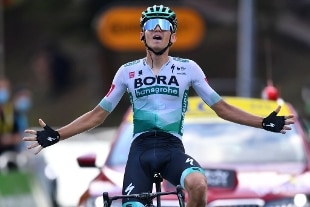 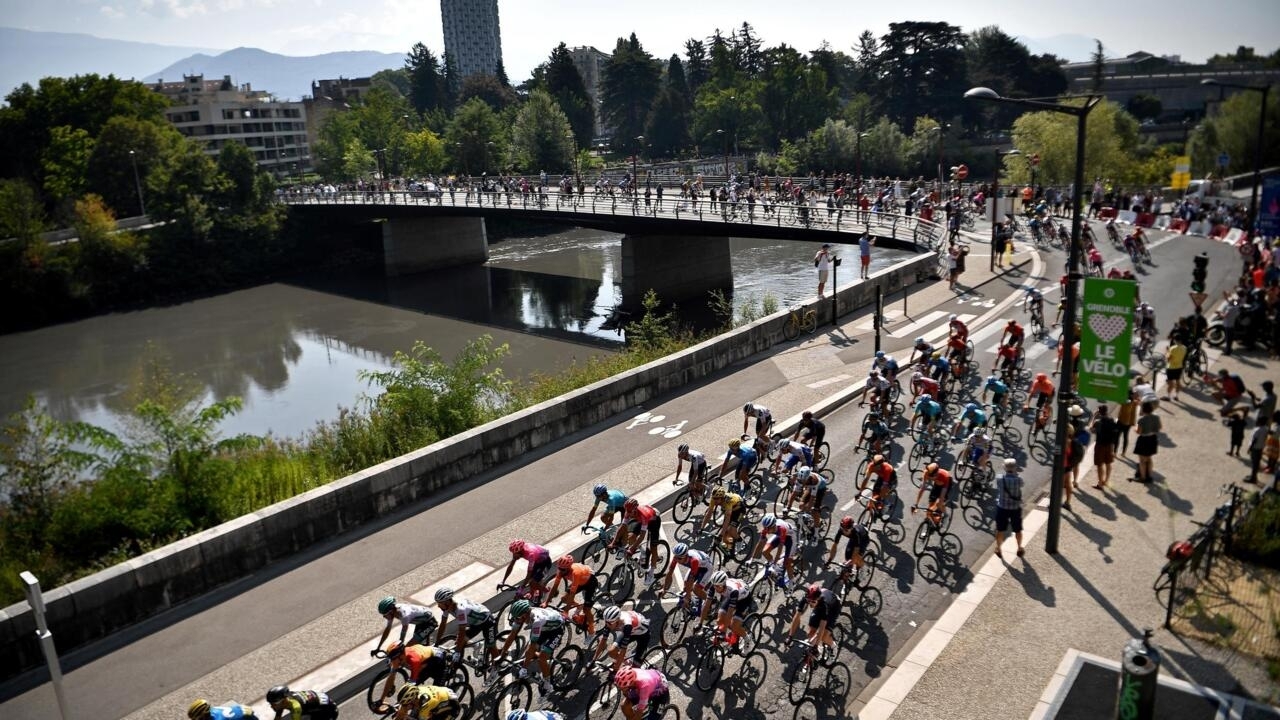 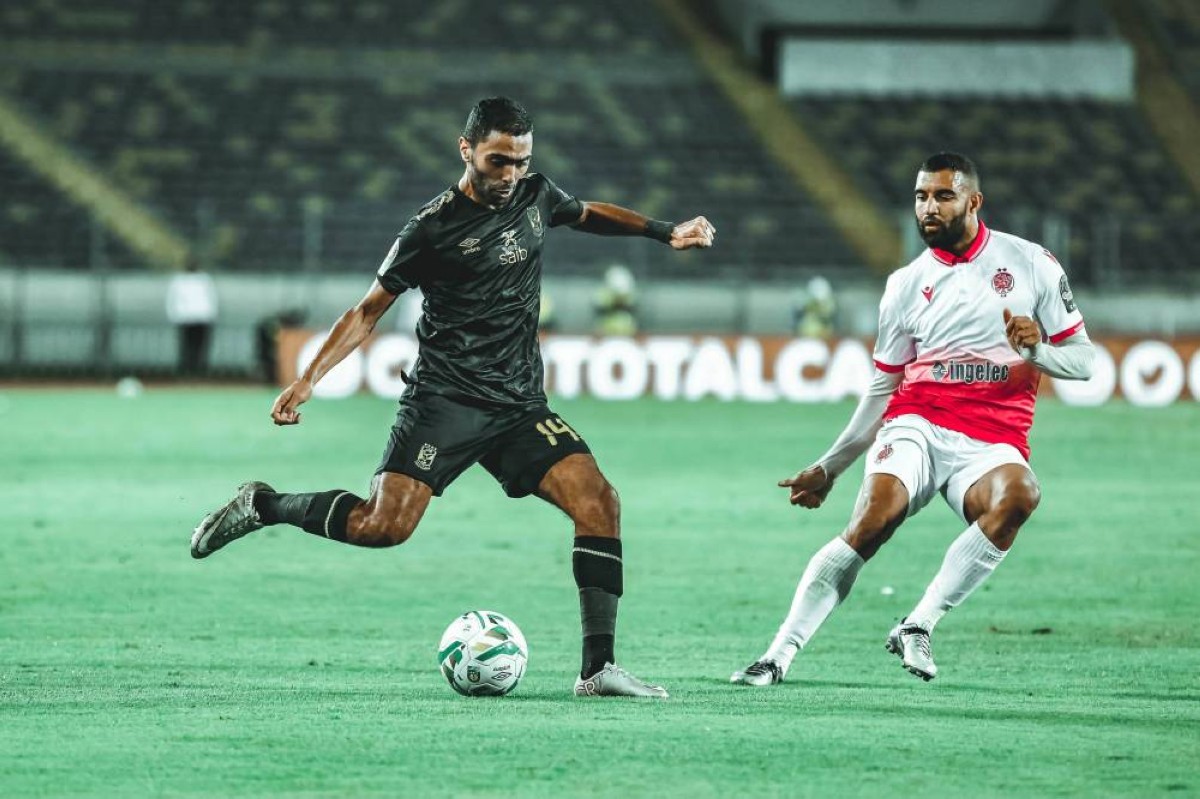