Norrköpingsstjärnan: "Has been a great mental ordeal"

IFK Norrköping started the Allsvenskan outstanding and led the series into August. But since then it has been difficult and therefore yesterday's 2-0 victory away against Kalmar was long awaited. - We may start a fun autumn from now on, says winger Jonathan Levi to SVT Sport. 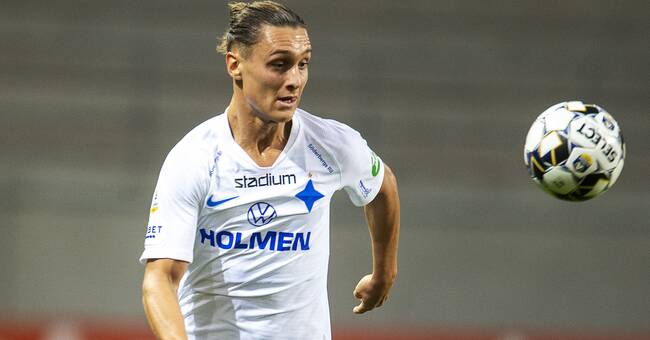 Jonathan Levi, 24, talks about the nine-match period with just one victory.

- It has been a great mental ordeal.

It has been up to us to show how strong we are.

It is easy to play football when things are going well and you win matches, but now it has been a tougher period and that is when you show which football players you are, he says.

During this period, they dropped from one to five in the Allsvenskan table.

- It has been hard for players, leaders, the whole club and the fans, but there is a long way to go and we may start a fun autumn from now on, he says.

As often when the good results are not forthcoming, the coach has been questioned.

There have also been rumors that Jens Gustafsson has been relevant for both AIK and IFK Gothenburg.

But according to Levi, it has not affected the player group in "Beijing".

We have great faith in Jens and the entire management staff.

We really like his way of working and the football he wants to promote, he says.

Norrköping's Ísak Bergmann Jóhannesson (second from the left) is clapped again after his 0-1 goal.