The first week of the Tour de France in pictures

The 107th edition of the Tour de France between Nice and Paris takes place from August 29 to September 20, 2020 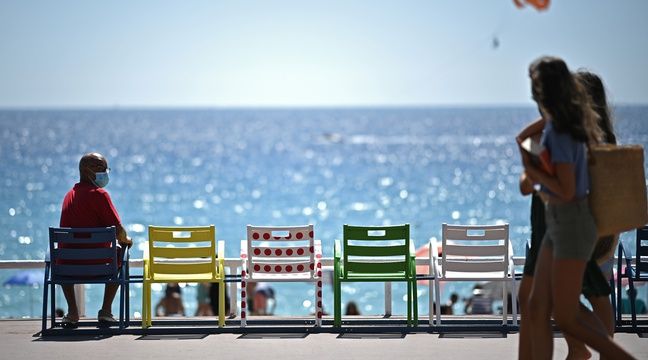 Postponed due to the Covid-19 pandemic, the 107th edition of the Tour de France between Nice and Paris takes place from August 29 to September 20, 2020. Falls, unusual moments and victorious celebrations ... A look back at the first week in pictures.

The first stage is marked by rain and falls.

And so the best French chance for the final victory, Thibaut Pinot (Groupama-FDJ), ends up with his buttocks on the ground in the last three kilometers!

More fear than harm for the Franc-Comtois, the stopwatch being set at three kilometers from the finish in this stage.

The next day, we find the sun and Julian Alaphilippe (Deceuninck-Quick Step) wins his first victory in this year 2020. A victory loaded with emotion that he dedicates to his father who died in June, pointing his finger at the sky while 'he crosses the finish line in Nice.

During the third stage between Nice and Sisteron, we note the terrible fall of Frenchman Anthony Perez (Cofidis) who abandons the Tour and the rage of Australian winner Caleb Ewan (Lotto-Soudal) at the end of the massive sprint.

During the first summit arrival at Orcieres-Merletette, on September 1st, Slovenian Primoz Roglic (Jumbo-Visma) shows who is the boss, leaving all the other leaders of the Tour behind him!

The next day, at the end of the fifth stage between Gap and Privas, Julian Alaphilippe (Deceuninck-Quick Step) sets off again mismatched: the bottom in yellow and the top in blue.

For a refueling error, he suffered a 20-second penalty and lost his yellow jersey to the benefit of Briton Adam Yates (Mitchelton-Scott).

And it is the Belgian Wout Van Aert (Jumbo-Visma) who rules everyone in the sprint.

Sixth stage between Le Tei and Mont Aigoual, the Kazakh Alexey Lutsenko (Astana) is already smiling in the last kilometers ... He finishes the stage alone in the lead and wins!

To end the week, this Friday, the Belgian Wout Van Aert (Jumbo-Visma) raises both arms in sign of a second stage victory on this Tour 2020.