Messi breaks his silence soon ... and a seductive offer from City to complete the "dream deal"

The Spanish newspaper "Sport" said yesterday that the Barcelona star, Lionel Messi, intends to speak publicly, and through a press conference, about all matters related to him and the Barcelona team, about the current crisis, and his desire to leave the club. From the player revealed his intention to speak and you 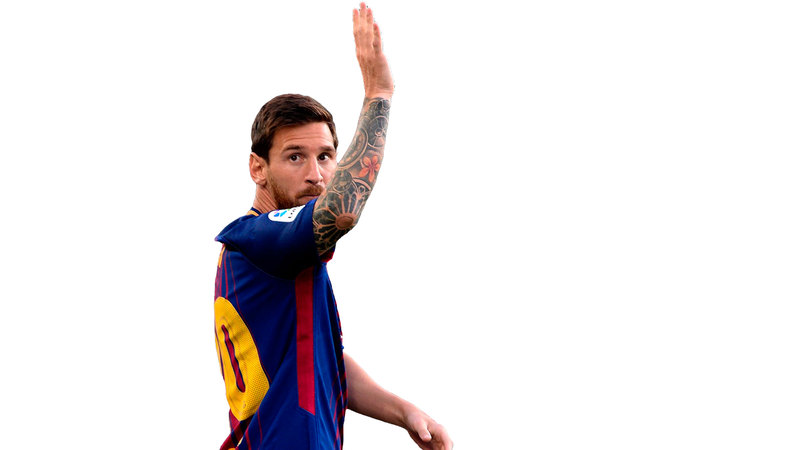 Bartomeu sets two conditions for resigning from the presidency of Barcelona

Messi breaks his silence soon ... and a seductive offer from City to complete the "dream deal"

The Spanish newspaper "Sport" said yesterday that the Barcelona star, Lionel Messi, intends to speak publicly, and through a press conference, about all matters related to him, the Barcelona team, the current crisis, and his desire to leave the club.

The newspaper confirmed that close to the player revealed his intention to speak and break his silence, especially after the great pressures that the player was subjected to, and the criticism that he refused to speak and express his opinion, without leaving the matter to the media, or members of Barcelona club management.

It is noteworthy that Messi sent, a few days ago, a "fax" to Barcelona's management, confirming his desire to leave the club, officially this summer, and that he is ready to negotiate in this regard. The crisis between Messi and Barcelona's management has been going on for a while, and it increased even more after the departure of Brazilian Neymar to Saint-Germain, and then very expensive deals that did not bear fruit, and the straw that broke the club’s back was the historic loss and slump against Bayern 8-2 in the Champions League quarter-finals. A series of decisions followed, as the club's sporting director, Eric Abidal, as well as coach Cityien left.

On the other hand, the newspaper "Mundo Deportivo", close to Barcelona, ​​said that President Joseph Bartomeu had set two conditions for Lionel Messi, in order to submit his resignation from the club's management immediately. She said he passed the matter on to Lionel Messi's father.

She said that Bartomeu stipulated that the Argentine star renew his long-term contract with the club, and the second condition is that he go out at a press conference, telling everyone that his desire to leave the club was due to his disagreements with the president, and as an objection to Bartomeo's performance over the past years. The newspaper said that if Messi agreed to the two conditions, Bartomeu will resign from the post he has held since January 2014, with the club being led in a temporary period by his first vice president, Jordi Gardner, until elections are held early next year.

On the other hand, Spanish and English media published some of the details of the phone call yesterday between Barcelona star Lionel Messi and Manchester City coach Pep Guardiola two days ago. The details of this call were attributed to the Spanish program "Cheringito", which specializes in football news. The English "Daily Express" and the Barcelona newspaper "Sport" said that Messi told Guardiola that he no longer wants to carry the Barcelona shirt, and that he desperately wants to play under his leadership again, and that he does not care about the financial details.

The British newspaper "The Sun" said that Manchester City is advancing the race to achieve the dream deal, especially in light of a tempting offer that he will formally present to Barcelona club management, awaiting official confirmation from Messi of his desire to move to City. She confirmed that the matter is related to paying more than 100 million euros, in addition to two players, namely: Portuguese Bernardo Silva and Brazilian Jesus.

It is noteworthy that there is a penalty clause in Messi's contract amounting to 700 million euros, but the English club, according to British newspapers, wants to pay an amount that may reach 130 million euros, along with another player, and that he wants to reach a settlement of the matter with Barcelona's management, which is still Stick to the survival of Lionel Messi.

A few days ago, Messi sent a "fax" to Barcelona's management, confirming his desire to leave, officially, for the club this summer.