The crisis of the Egyptian football star, Ramadan Sobhi, from Al-Ahly to the Pyramids Club, owned by the Emirati businessman, Salem Al-Shamsi, cast a shadow over the fans of the Red Devils, who accused the player of "striking belonging and loyalty in the killing, and stabbing Al-Ahly with a poisoned dagger," after officials reached 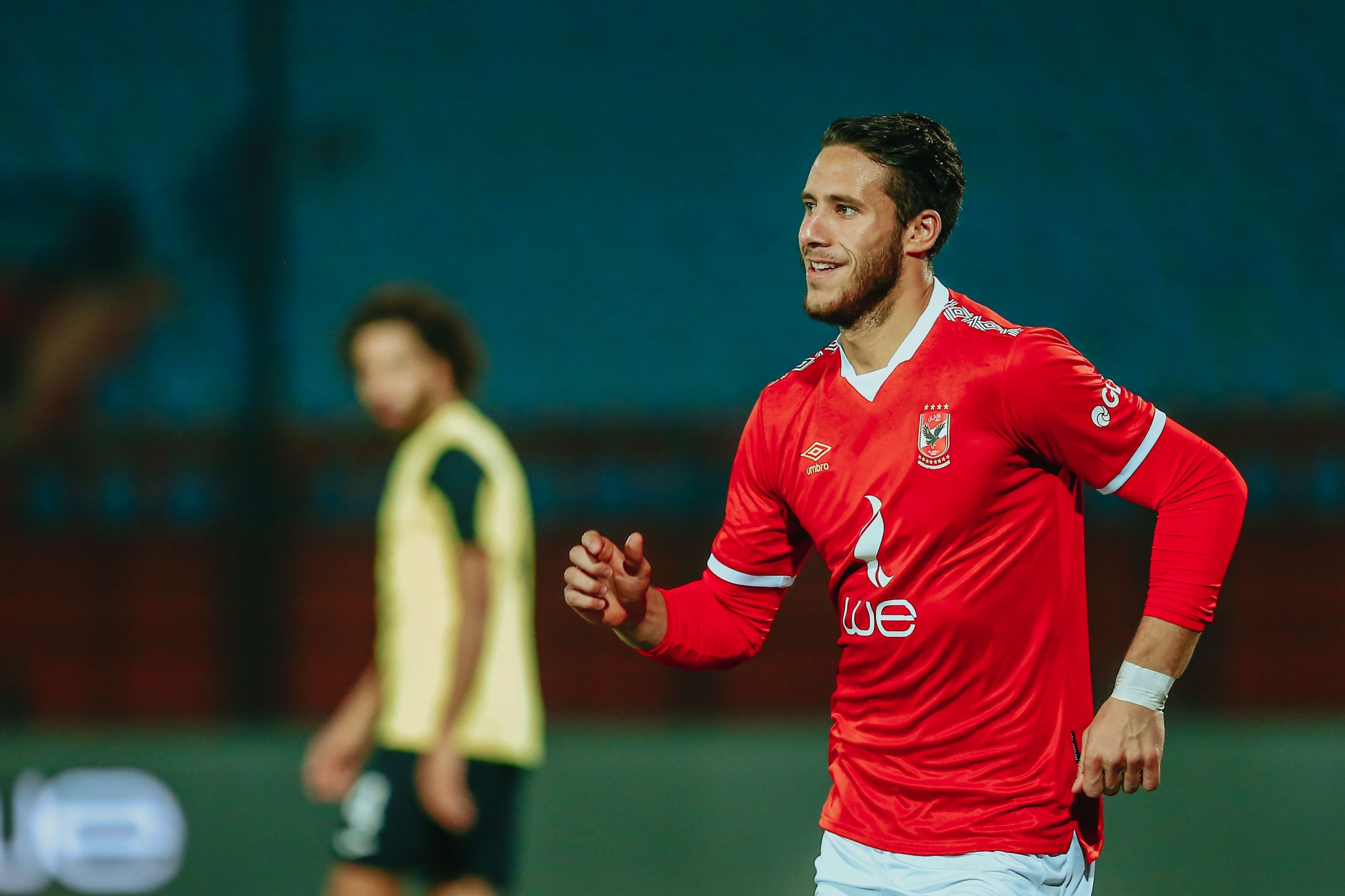 The crisis of the Egyptian football star, Ramadan Sobhi, from Al-Ahly to the Pyramids Club, owned by the Emirati businessman, Salem Al-Shamsi, cast a shadow over the fans of the Red Devils, who accused the player of "striking belonging and loyalty in the killing, and stabbing Al-Ahly with a poisoned dagger," after officials reached Al-Ahly reached an official agreement with their counterpart in Huddersfield Town, to buy the player’s card for 3.250 million pounds sterling, according to Egyptian media, before Sobhi surprised Al-Ahly management by moving to Pyramids in a big financial deal, Egyptian media said that it is the most expensive for an Egyptian player, after it happened. 90 million pounds, other than what his English club would earn. Over the course of several years, the same situation was repeated with the Al-Ahly club, which surprised many of its stars, chasing after money and taking off the shirt of belonging to their team permanently. Emirates Today lists the most prominent of these names in the following report:

1- Ahmed Fathy,
Al-Ahly's management barely surpassed the shock of his star Abdullah Al-Saeed’s transfer to Pyramids, until he received another shock with the transfer of Ahmed Fathi to the club itself, after he presented him with a tempting offer, worth 45 million pounds for three seasons, according to what Egyptian media reported , Beating Al-Ahly's offer, which gave the player 23 million pounds in two seasons.

2- Abdullah Al-Saeed
was the biggest shock to Al-Ahly that he received from Abdullah Al-Saeed, who signed contracts to join Zamalek in a free transfer deal for 75 million pounds, before the former honorary president of Al-Ahly club, Turki Al-Sheikh, intervened and convinced the player and Zamalek club not to complete the agreement What is concluded between them, and he signs again to Al-Ahly, who decided to sell it to Al-Ahly Saudi, and moved from him to Pyramids.

3- Ibrahim Saeed
In 2001, Ibrahim Saeed fled from the club after disagreements with the late football manager, Thabet Al-Batal, over the value of his annual contract. The player secretly left for Belgium to play in Ghent, and Al-Ahly resorted to FIFA, after which the Belgian club refused to take part in a legal dispute with Al-Ahly, so the player returned to the club, which then excluded him permanently in 2003.

4- Essam El-Hadary
In 2008, Al-Ahly fans woke up to a shocking news that the international goalkeeper, Essam El-Hadary, fled to Sion, the Swiss, to compete among his ranks without the approval of his club, who then obtained a ruling from the International Federation's Disputes Committee to suspend the goalkeeper for a period of four months and fine him. 900,000 euros, with Sion being banned from registering players during the next two registration periods.

5- Youth fleeing
Al-Ahly was exposed in the second half of the nineties to a double escape incident, its champions Ashraf AbuZayd and Hani Saeed, the stars of the youth team, after their brilliance in the ranks of the national team that competed in the U-17 World Cup in 1997 and traveled to Udinese, Italy. And there is another famous escape incident in 2011, its hero Ahmed Hassan Kouka, the top scorer of the youth team that played in Rio Ave, Portugal, and all efforts failed to persuade him to back down.

6- Coulibaly,
the Ivorian Suleiman Coulibaly refused to continue with Al-Ahly, and escaped from the Al-Ahly club after only four months, during which he starred in the red jersey to sign for Partic Thistle, the Scottish club, which offered him a huge fine, from FIFA, of one million and 436 thousand dollars.

7- George Al-Hassan, George Al-Hassan
escaped from Al-Ahly after joining him in the early eighties, in protest to sitting as a substitute for the historic team's star, Mahmoud Al-Khatib.