Successful streak of the French and the scorer's records of the Germans: what is interesting about the semi-finals of the Champions League "Lyon" - "Bavaria"

On Wednesday 19 August, Lyon and Bayern will face off in the second semi-final of the UEFA Champions League. Rudy Garcia's team will try to create a sensation again and extend the successful streak of the French teams against the teams from Germany. At the same time, Hans-Dieter Flick's wards have a chance to reach the final of the main football tournament in Europe for the 11th time and approach Liverpool's record in the number of goals scored per season. 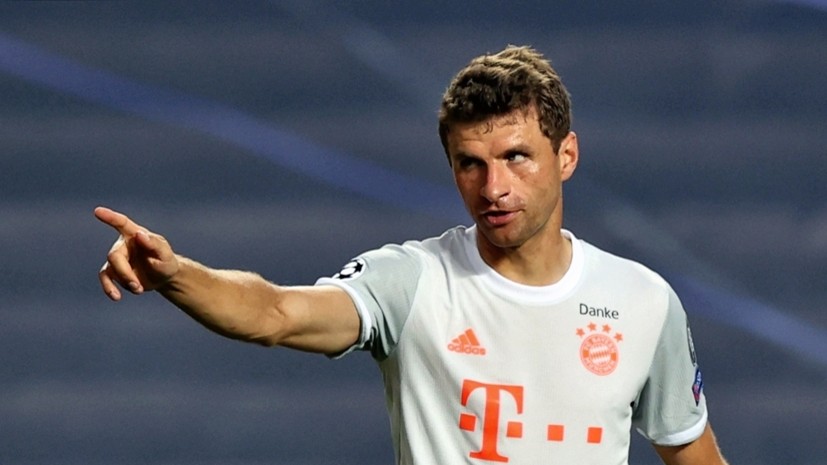 The second Champions League semi-final will take place on Wednesday. Lyon and Bayern will compete for the right to fight PSG for the main European trophy.

On the eve of the resumption of the Champions League, it was the German grand that was considered one of the main favorites of the competition. Bayern left no chance to competitors in the national championship, winning all nine matches after a break. At the same time, the bright attacking play was especially captivating, as a result of which the difference between goals scored and conceded was 27: 7. Skeptics believed that due to more than a month's pause, the Munich leaders would lose their form, but all doubts were dispelled in the return game with Chelsea. Hans-Dieter Flick's charges scored four times, conceded only once and stepped confidently into the quarterfinals.

Of course, few people expected that Bayern would upset Barcelona eight times there, but such a success was just another testament to the power of the “German car”. Even before this meeting, the German champion was in the lead in terms of the number of goals in the tournament, and after it he not only increased the lead over the closest competitor, but also set a club record. The Munich FC "Hollywood" has 39 goals scored. Already at the group stage, ten goals fell to Tottenham, nine to Crvena Zvezda, and five to Olympiacos. The scoring extravaganza continued in the playoffs.

This is even more impressive against the background of how bleak Bayern looked under the guidance of their previous mentor. Niko Kovacs never managed to find the keys to his charges and was eventually dismissed. The last straw for the club's management was the crushing defeat at Eintracht with a score of 1: 5. After coming to Flick's coaching bridge, these events seem to be a nightmare. Joachim Loew's former assistant in the German national team quickly restored the microclimate in the team, rebuilt the game and won 31 games out of 34.

It is not known how the fate of the Munich people would have developed if Kovacs had remained at the helm, but certainly a unique achievement would not have been established. In 2020, three teams headed by coaches from the same country, Germany, will play for the first time in the Champions League semifinals. In addition to Flick, Paris Saint-Germain, led by Thomas Tuchel, and Leipzig, led by the talented Julian Nagelsmann, reached this stage.

French coach Rudy Garcia also has ties to Germany. Although the specialist has Spanish roots, he owes his name to the famous German cyclist Rudi Altig. In the 1960s, he won the Spanish Vuelta, and also became the first in the points classification at the Tour de France. It would seem that such a name obliged the athlete to pay attention to cycling, but he preferred football.

During his career, Garcia managed to win the French championship with Lille, reached the Europa League final with Marseille, but never made it to the Champions League semifinals. Until now, his best achievement has been reaching the first round of the playoffs with Roma, where she lost to the future winner of the competition, Real Madrid.

It is noteworthy that Garcia has also been leading Lyon since the start of the season. Until October 7, the team was led by Silvigno. When he was a player, the Brazilian defender played for Arsenal, Barcelona and Manchester City, won the Champions League twice, but had no experience as a coach. As a result, his first pancake came out lumpy. The specialist held only 11 meetings at the helm of the "weavers", in which he won three victories and suffered four defeats. Moreover, even a draw with Zenit and a victory over Leipzig did not help change the opinion of the bosses.

Garcia also did not shine very much, but still managed to bring the team to the playoffs of the tournament. Even the defeat from Zenit with a score of 0: 2 did not prevent him. And after the start of the pandemic and the end of the French championship, all Lyon's aspirations were turned to the Champions League. In the national championship, the team took only seventh place and was left without European cups for the next year. In the playoffs, Garcia's wards were able to defeat Juventus and Manchester City, led by the recognized masters of the coaching department - Maurizio Sarri and Pep Guardiola.

In both meetings, Garcia prepared his charges well and neutralized the strongest qualities of the opponent. "Lyon" allowed opponents to combine in their half of the field, but with the slightest advance forward, it turned out to be in the numerical majority and did not allow to turn around. This is largely why neither Juventus nor Manchester City were able to demonstrate their full attacking power. Of course, Guardiola himself made a number of mistakes, but Rudy's achievements cannot be belittled either.

Note that Garcia's scheme works especially well against teams that lack inventive laterals. The same cannot be said about Bayern, on the flanks of which are Josua Kimmich and Alfonso Davis - the best players of the tournament in their positions according to WhoScored. The German has long proven himself to be one of the most versatile footballers of our time, and the Canadian has become one of the season's highlights. In the Champions League alone, he scored four assists and ousted 2018 world champion Lucas Hernandez from the squad. And this despite the fact that the transfer of the defender from Atlético cost € 80 million.

Thomas Müller deserves a special mention, owing much to his new mentor. After the arrival of Flick in 33 meetings held, he scored 32 points for performance, scoring 12 goals and acting as an assistant 20 times (0.97 points on average).

In general, Bayern are superior to their counterparts in all lines, and especially in the attacking one, where Robert Lewandowski is one of the top scorers of the season. The forward took second place in the race for the Golden Boot, behind only Ciro Immobile. At the same time, the Pole scored 29 of his 34 goals from the field, while the Italian - only 22 of 36. In the Champions League, he confidently occupies the first line with 14 accurate hits.

In addition to the star line-up, the Bavarians will also have a colossal championship experience. Lyon have not achieved success not only at the international but also at the national level for a long time, while their opponents regularly win the Bundesliga and play successfully in the Champions League. Throughout its history, the German grand took part in the Champions League semi-finals 19 times and moved on in ten times. The last time Lyon got to this stage was in the 2009/10 season, but lost to the same Bayern Munich with a score of 0: 4 on aggregate.

Chance for Garcia and the French series

Both mentors are able not only to help their teams win the honorary trophy, but also to repeat the achievement of Roberto Di Matteo and Zinedine Zidane. Over the past ten years, only these two specialists have been able to win the Champions League outright, taking the team during the season. In 2012, the Italian led to the success of Chelsea, and four years later, Zizou helped Real Madrid to become the strongest in Europe for the 11th time.

Apart from Zidane, no Frenchman has previously achieved such success in the coaching field, so Garcia has a great chance to write his name in history. As for Flick, he could reinforce the trend towards the dominance of the German school in modern football. A year ago, the Champions League was won by Liverpool under the leadership of Jurgen Klopp, and earlier this was the boast of Jupp Heynckes, Ottmar Hitzfeld, Detmar Kramer and Udo Lattek.

Lyon should be upbeat by the fact that over the past six years the German teams have never defeated their rivals from France in the playoffs of the tournament. In 2014, Paris Saint-Germain defeated Bayer Leverkusen, three years later, Monaco took over Borussia. In the current draw, all those Parisians upset Dortmund, and then dealt with "Leipzig".

In addition, despite the recent sensation, many do not take the French seriously, which may play into their hands. Unlike the Germans, they have nothing to lose, which should give them strength. At the same time, the defeat of Barcelona can play a cruel joke with Bayern and make them underestimate a less-stellar opponent. Memphis Depay and Moussa Dembele can take advantage of this.