Hundreds of Belarusian sports stars are demanding in an open letter that the result of last week's presidential election be annulled. Otherwise, they threaten to boycott national team games. 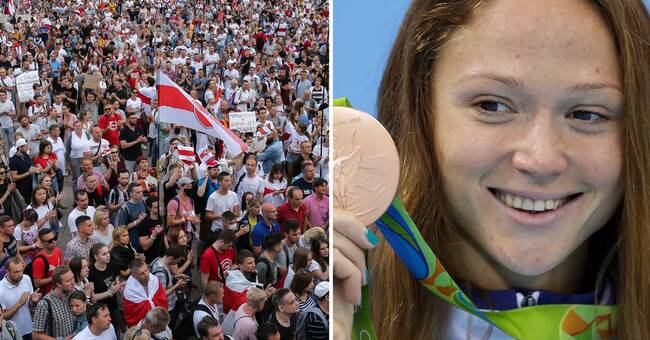 Extensive protests are taking place after the presidential election, with incumbent President Alexander Lukashenko declaring that he has received 80 percent of the vote and will therefore remain in office for another term.

Both in the outside world and among the many Belarusians protesting, Lukashenko is accused of electoral fraud.

So too of the sports stars.

"We condemn the electoral fraud, which extensive facts speak for, and also the violence of the security forces against peaceful protesters," the athletes write in the letter that the site Insidethegames has read.

"All athletes act in solidarity and may refuse to participate for national teams or refuse to organize international and national sporting events."

Among those who signed the open letter is Alexandra Pankina, who took Olympic bronze in rowing when Belarus first participated in the Olympics as an independent nation in Atlanta in 1996. Also swimmer Aleksandra Gerasimenja, who took Olympic silver in London 2012 and bronze in Rio 2016, is behind the letter, as are more than 100 other sports profiles, sports leaders and sports journalists.

Mr Lukashenko, who has held authoritarian power in Belarus since 1994, chairs the country's Olympic Committee.