Yan's quarrel with Orlovsky, the discontent of Ismailov's team and the conflict between Chimaev and McGregor: what is happening in the world of MMA

Over the past few days, several high-profile conflicts have occurred in the world of mixed martial arts. Pyotr Yan insulted Andrey Orlovsky and rebuked him in an attempt to attract the attention of the management of the Archangel Michael club. Alexander Emelianenko criticized Magomed Ismailov for his fighting style, and the middleweight team concluded that at the time of the interview the PRIDE veteran was in a state of alcoholic intoxication. At the same time, the Swedish UFC fighter Khamzat Chimaev entered into a confrontation with Conor McGregor and his wrestling coach Dillon Denis. 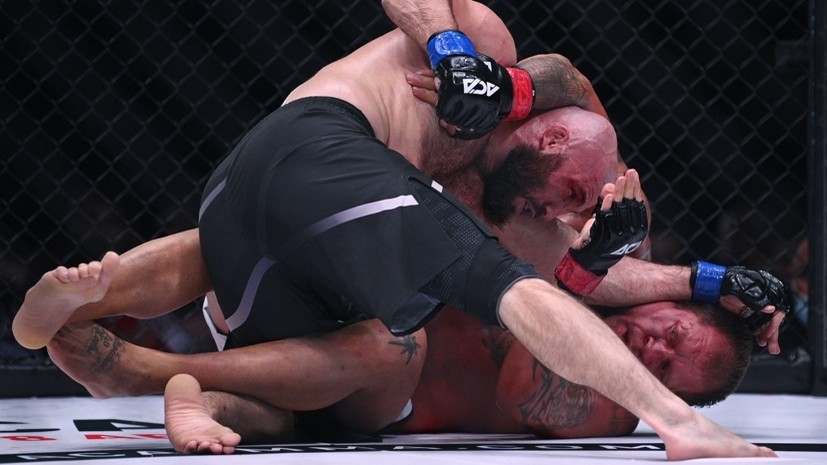 In mixed martial arts, conflicts between representatives of different divisions do not occur so often, because usually athletes are trying to stir up interest in the upcoming fight or challenge a desired opponent. Therefore, Peter Yan's harsh statements about Andrei Orlovsky caused bewilderment not only among the Belarusian heavyweight, but also among MMA fans from the post-Soviet space. So, the newly minted UFC bantamweight champion published a photo of his colleague and called him "clean skin".

As it turned out later, the reason for this behavior of Jan was Orlovsky's comments at the end of his fight with Jose Aldo at UFC 251. Answering a question from one of the fans about the success of the Russian, the Belarusian congratulated only the representatives of the Archangel Mikhail fight club, in which Peter is a member.

“Yes, in principle, I'm just happy for Yekaterinburg, for the Archangel Michael club. For Altushkin Igor Alekseevich, for Anton, Kolya, for Anna. They needed this victory. I am glad for them, well done, congratulations ", - quotes Orlovsky FightTime.

Jan's statements quickly reached Orlovsky, who was amazed at this reaction to his words. At the same time, Andrei said that he had already met with Peter and had no better opinion about the future holder of the UFC title.

“There was one tournament in Chicago. Then we played together for the club "Archangel Michael", I sat down with them, said hello - no answer, no hello. There he was and two more people with him. Buried in the phone and that's it. I'm not particularly sociable, but I said "hello", and in response, glass eyes and a look into nowhere. Maybe he just burned, I don't know, "Orlovsky said in an interview with Alexander Lyutikov.

At the same time, Orlovsky assured that in no way was he trying to express disrespect to Jan or belittle his success in the Absolute Fighting Championship. However, Andrey expressed the opinion that the leaders of the Archangel Michael club could take Ian's insults at their own expense.

“He feeds himself from the hands of Igor Alekseevich, right? And he makes such statements. This is, to put it mildly, unwise, ”concluded Orlovsky.

Yang also did not remain silent and after a while explained his position during a live broadcast on the social network. First, he told his version of the incident in Chicago. According to him, he greeted Orlovsky, but did not develop the conversation, since he was mentally preparing for the upcoming fight and was extremely focused on it. Peter also drew attention to the fact that before the battle with Aldo, the Belarusian called him arrogant, and also tried with all his might to attract the attention of the club's management.

“Okay, I think the old one is already driving, he decided not to pay attention. And then the third time he was asked about me ... And he starts again: "I want to congratulate Igor Alekseevich, Kolya, Anya, Anton." Pure delirium. The man is 50 years old, and he is looking for some benefit for himself. I so appreciated it, because in his statements it looked exactly like that ... I do not refuse my words. I stick to my point of view, ”said Yang.

Alexey Oleinik commented on the conflict between the athletes. A veteran of Russian MMA criticized Ian's behavior and expressed the opinion that a person should not start his stay in the status of a champion of the largest MMA promotion on the planet in this way.

“I don’t know who was there and what substantiated, but it’s definitely not our way, not Russian, to start a new title or position, as it were, by understanding the Internet. Especially with their compatriots. And condescend to write some nasty things about someone, even if that person is wrong in principle, ”Oleinik said during the broadcast on Instagram.

The main fight of the ACA 107 tournament has become one of the loudest in Russian MMA over the past few years. Magomed Ismailov sensationally knocked out Alexander Emelianenko and made a huge number of fans fall in love with him. One of the distinguishing features of the confrontation was the absence of hostility between both rivals, who spoke extremely correctly about each other throughout the entire period of the duel's promotion. However, after its completion, the PRIDE veteran allowed himself comments, which caused a negative reaction from the opposing team.

So, Emelianenko rebuked Ismailov for his fighting style. According to the ex-champion of ProFC, he fought "not like a man" and avoided a real fight in every possible way. Thus, Alexander dismissively spoke about the struggle, which has always been considered his weak side.

“Everyone wanted to see a colorful and spectacular fight, but Ismailov was afraid to fight ... I want to draw the attention of the judges to such events. If a person puts the fight on the ground in order to create the appearance of work, it is necessary to raise the athletes in a stance. And active actions consist not in single strikes and creating the appearance that an attack is underway, but in a bundle that leads to something. Any fighter begins to beat so that he remains in the rack, while the other is on the ground. And then - finishing. And Ismailov - one blow: knock, knock, knock. It is not interesting anywhere except Dagestan, "Emelianenko quotes Vseprosport.

In general, there is a grain of reason in the words of the veteran PRIDE. Many MMA fighters use a transfer to the ground in order to gain precious points for takedown and control of the opponent, but at the same time they practically do not threaten counterparts with punches. But Ismailov certainly cannot be accused of trying to "lie down" with an opponent. Magomed demonstrated excellent ground and pound skills, as evidenced by Alexander's blood-drenched face.

At the same time, earlier in the career of Emelianenko, there were already cases when the judges played along a little with the star athlete and raised him from the ground in not the most unambiguous episodes. In this regard, I remember his duel with Tony Johnson Jr. Yes, he was not as formidable on earth as Ismailov, but he practically gave no reason to reproach himself for passivity.

It is noteworthy that Emelianenko did not stop there, and also criticized Ismailov's functional state. According to him, he looked tired.

“I was functionally ready much better than Ismailov. From the first round, he was breathing, snoring and tired. I thought what awaits him in the second round. And it so happened that I had a slash. And in the third round, he was able to expand it. This was his salvation. Magomed died, died, just died. And then, when I thought what to do with him, they stopped the fight, ”concluded Emelianenko.

Considering that before the fight, the athletes behaved respectfully and limited themselves to jokes about each other, such words of Emelianenko, as expected, caused a reaction from Ismailov's team. So, the brother of the middleweight fighter Ramadan admitted that he was surprised by such statements.

“Until now, I perceived Alexander as a sensible, intelligent man. Previously, there were no such stupid comments from him. I have not seen him say such nonsense. My opinion is that he was drunk. In a sober person, such heresy will not carry ", - quotes Ismailov" Sport-Express ".

After the fight, Magomed admitted that Alexander offered him a revenge. But at the same time he noted that he would agree to meet with him again in the cell only for a large amount of money. However, Ismailov's elder brother is sure that now the fighter should not fight back against Emelianenko.

“After such words, I don't want revenge with this person. If he had said that Magomed was great, that he himself was mistaken there and there and would have offered to arrange a bombing duel on his terms - then yes. Alexander needs this fight, ”Ismailov added.

Meanwhile, in the UFC, one of the most talked about fighters of recent days is Khamzat Chimaev. A native of Chechnya, now representing Sweden, went down in the history of the Absolute Fighting Championship, having won two victories with a difference of ten days. On July 15th, the middleweight strangled John Phillips and then beat Rhys McKee by TKO. However, he was not limited to success in the octagon and began to attract attention outside the cage.

Chimaev has already managed to promise to become the best fighter in the world and challenge the Brazilian Jiu-Jitsu specialist Damian Maya, as well as arrange a skirmish on social networks with representatives of the Conor McGregor team. Moreover, the instigator was the ex-UFC champion in two weight categories, who insulted a young athlete from Sweden.

The UFC press service released a video of an interview with Chimaev after defeating McKee at UFC Fight Island 3, in which he stated that he had no worthy opponents in the welterweight division. After a while, McGregor left a comment with the words "rat lip" ( RT ). Subsequently, the Irishman rushed to delete the message, but social media users managed to take a screenshot.

Chimaev did not remain in debt and not only challenged McGregor, but also joked about the former UFC champion. He posted a photo of one of the episodes of his fight with Phillips, in which he gives the American a choke hold. Thus, he hinted to the Irishman about his defeat from Khabib Nurmagomedov in October 2018. At the same time, Khamzat also provided the recording with two emojis, with the help of which he simultaneously reminded the Irishman about the nickname "chicken" and called for him to be silent.

In addition, Chimaev entered into a confrontation with Dillon Denis, McGregor's wrestling coach, who became one of the instigators of the brawl at UFC 229. In this case, the Swede also acted as a defender and responded toughly to the American. He said that he would easily take over Khamzat.

“I will smear you with my eyes closed,” wrote Chimaev.