Real Madrid captain Sergio Ramos has imposed himself as the top scorer for the Royal Club in the period of resuming football activity after a forced stoppage due to the outbreak of the Corona Virus (Covid-19), by scoring five goals in seven games, beating his fellow attackers led by French veteran Karim Benz

Real Madrid captain Sergio Ramos has imposed himself as the top scorer for the royal club in the period of resuming football activity after a forced stoppage due to the outbreak of Corona virus (Covid-19), by scoring five goals in seven games, beating his fellow attackers led by French veteran Karim Benzema (three Goals) Although he's a defender!

Ramos led Real Madrid to a valuable victory over Athletic Bilbao yesterday, in the stadium "San Mames" in the 34th round of the Spanish League, after a penalty kick translated into a goal in the 73rd minute, to widen the difference between the "Merengue" and its traditional rivals Barcelona to seven points in the top of the ranking La Liga, before Barca's meeting with Villarreal, which was held late last night.

Ramos had, since returning from quarantine, scored the second goal for Real Madrid with the IBAR goal (3-1), then opened the goal with Real Sociedad goal (2-1), strengthened the Royal's lead over Mallorca (2-0), and imposed himself as a champion in the past two games In front of Getafe and Bilbao, he said the word "decisive" from the penalty mark, so that the riyal would win two confrontations in the most difficult tactical circumstances, with the same result (1-0).

In numbers .. Ramos has 12 goals scored this season in various championships, to break his record goal record with the riyal he achieved last season when he scored 11 goals, and by scoring the goal of winning against Bilbao, the captain of the royal team raises his balance of the penalty kicks to 22 goals, as he became the first defender He scored 10 LaLiga goals in one season after the 2006 Getafe Mariano Berna player.

Ramos won the Man of the Match award against Bilbao after scoring the winning goal and obtaining a score of 7.28 out of 10, according to the Football Statistics website, Hoskord, while only fellow Croatian Luka Modric (7.47 out of 10) rated it.

After the match, Real Madrid coach Zinedine Zidane said in a press conference: "Sergio specializes in penalty strikes ... he trains them over and over again, and this is a positive point in our interest."

And about the way his team won for the second time from the penalty mark, Zidane said: «I am tired of the criticism that Real Madrid has benefited from arbitration decisions recently. I'm tired. Some imagine that we only win our games thanks to the referees. "What the players are doing on the pitch must be respected."

On the penalty kick awarded to his team against Bilbao, he said: “The referee went to review the shot and decided to give a penalty, because it is already a penalty.”

It is noteworthy that Real Madrid won the last seven games in a row, and it became closest mathematically and logically to winning the Spanish league title, absent from its coffers since 2017.

Spanish whistle in the crosshairs

After the match between Real Madrid and Athletic Bilbao, there was a wide debate about arbitration courtesy in favor of the royal team, by the referee calculating a correct penalty after the Brazilian Marcelo was blocked in the penalty area, and in return he ordered the continuation of play in a similar shot, after Ramos ran over his opponent Raul Garcia.

The refereeing expert for the newspaper "Marca", Olivier Andukhar, commented: "Ramos ran over Raul Garcia unintentionally, so there is no penalty for this shot."

The fans, angry at the Spanish referee, circulated on social media, a whistle with the logo of Real Madrid, in a sign that the judges of the stadiums loved the "Merengue" players.

Score from a direct free kick.

- He increased his score from penalty kicks to 22 throughout his professional career.

- He scored 12 goals for Real in this season.

• "I am tired ... some people imagine that we win our games only thanks to the referees."

• Karim Benzema scored only 3 goals in 7 games after returning from Corona. 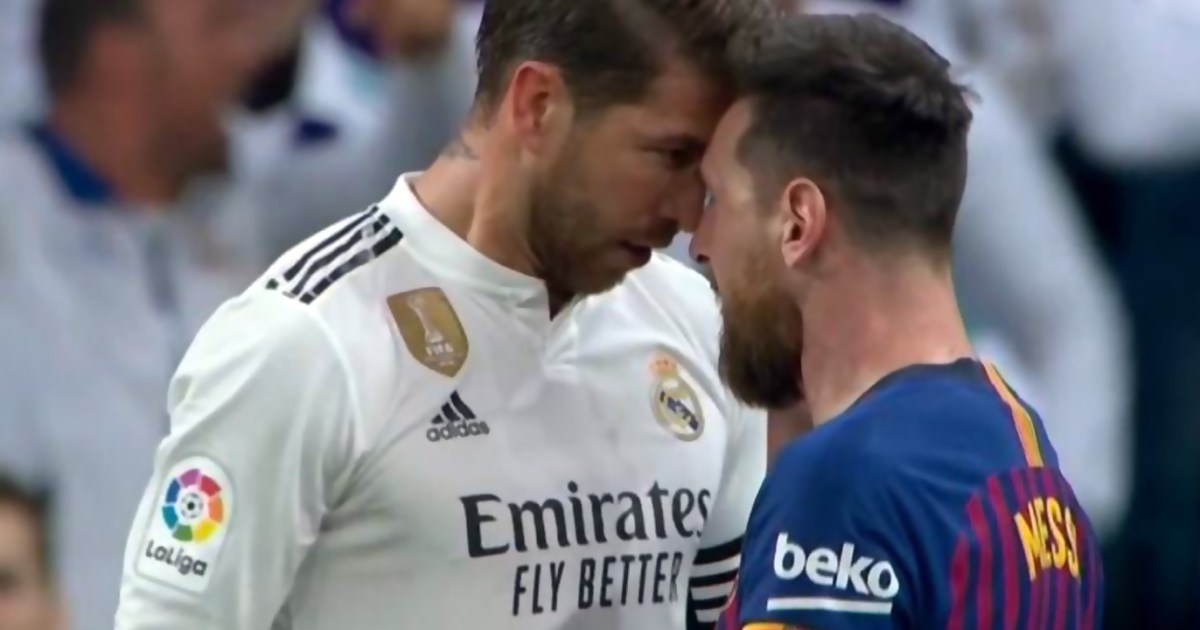 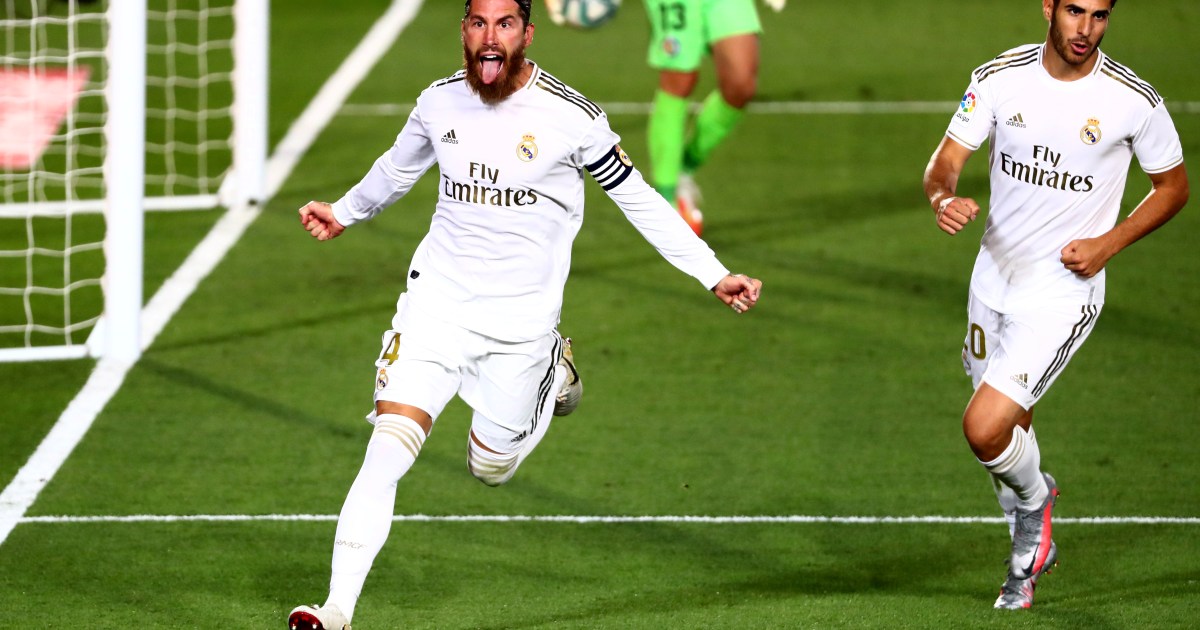 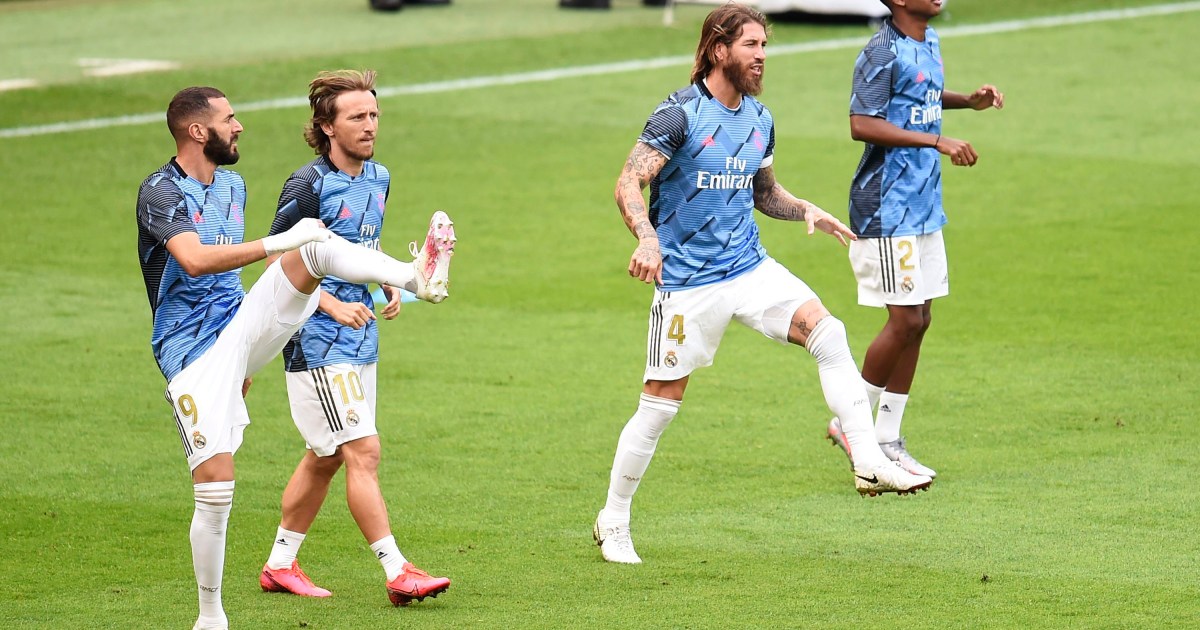 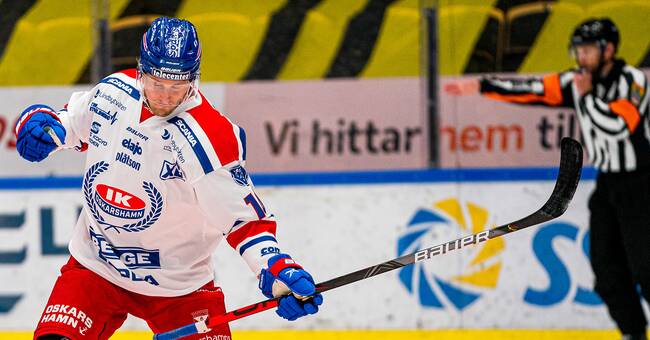 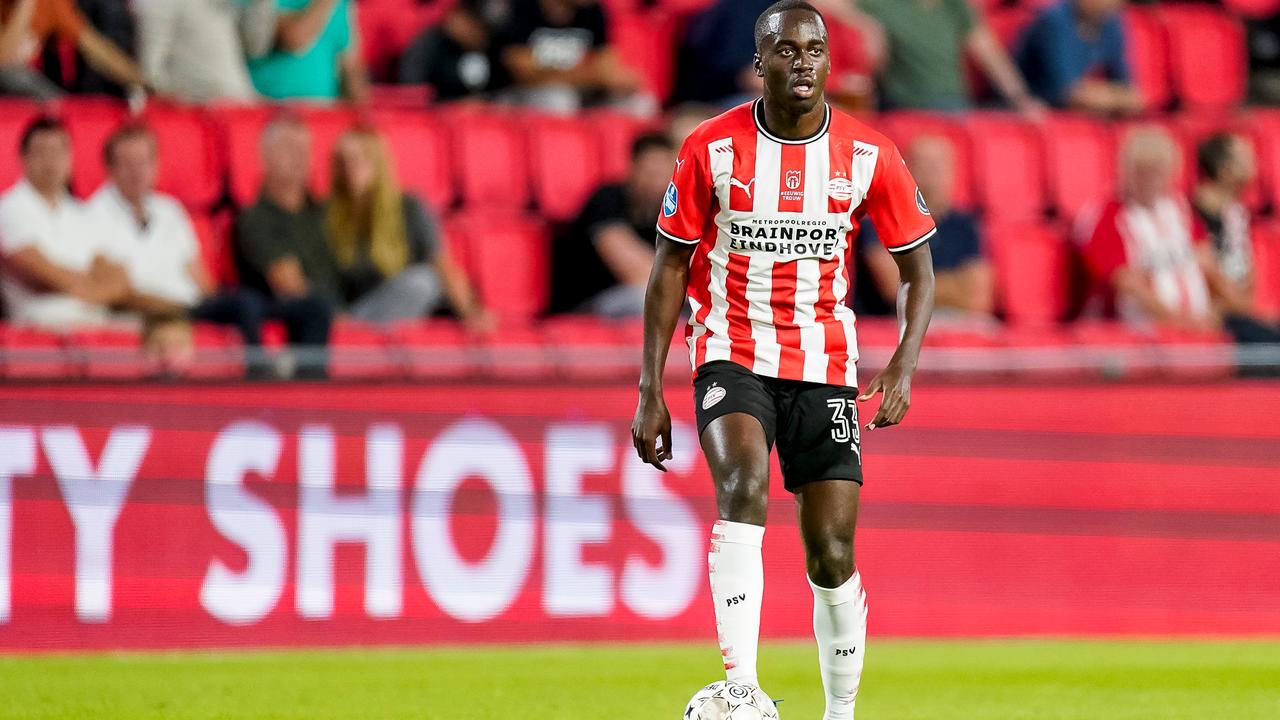 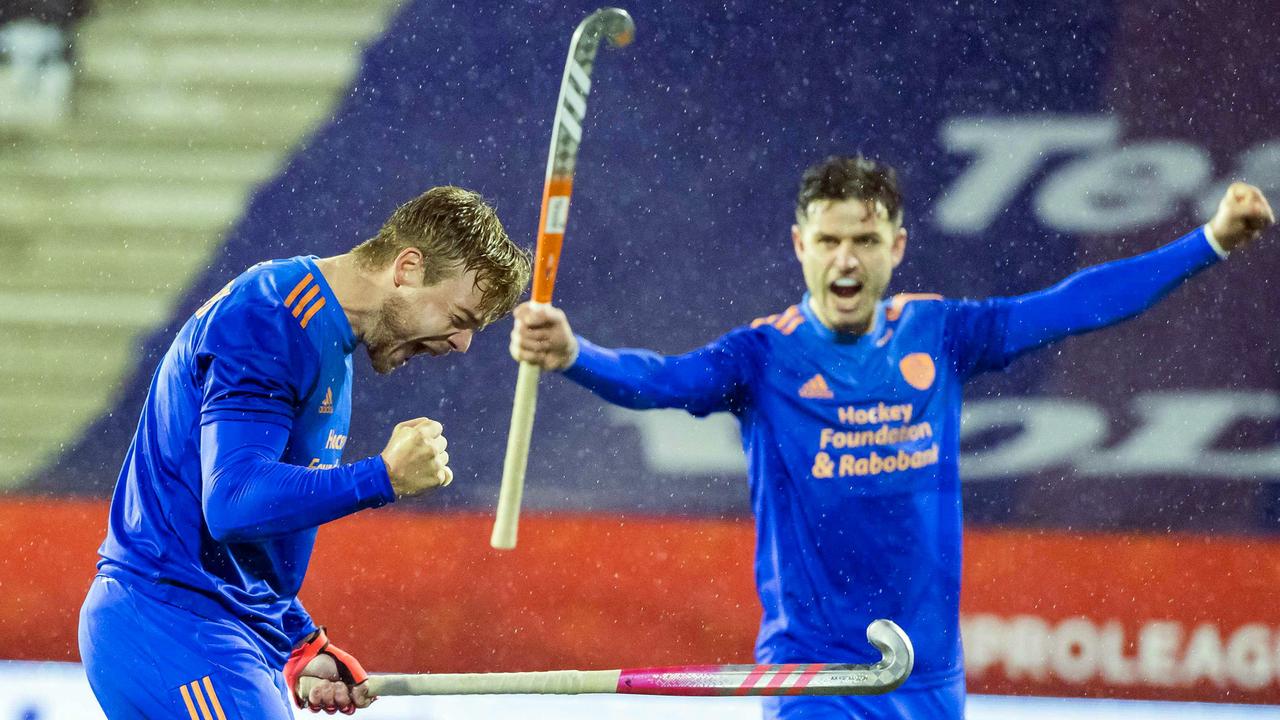 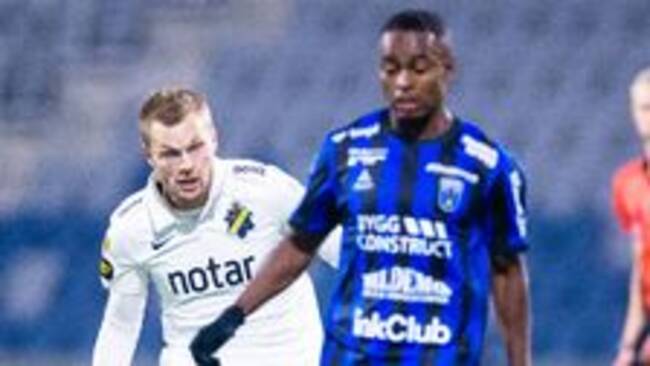