Recently, a video of a Chinese one-armed boy playing basketball became popular on the Internet, and even attracted the attention of NBA superstar Stephen Curry. The top star of the professional basketball team even sent Weibo for help to netizens, hoping to contact this independent Arm teenager. Curry wrote: "This kid is? Please help me find him! Keep working hard! Don't let anyone say no to you!" Then, Curry's Weibo also received the Pacers star Lillard and the Rockets player tower Gram's repost and likes. Chinese men's basketball coach Du Feng, active Chinese first star Yi Jianlian, general manager of Guangdong Hongyuan Basketball Club Zhu Fangyu, a famous Chinese men's basketball team, also sent blessings and messages to the one-armed boy. As a result, 14-year-old Zhang Jiacheng quickly ignited the Chinese and American basketball circles in a very short time and became a positive energy celebrity. He has also become an inspirational role model for many children, especially basketball teenagers.

With the in-depth interviews by media reporters, the experience of the one-armed boy Zhang Jiacheng has gradually been exposed to the public, which is well-known and emotional. Zhangjiacheng comes from Gaocun Town, Yunan District, Yunfu City, Guangdong Province, and is currently studying at Gaocun Town Middle School. When he was 5 years old, he lost his right arm due to an accident, but fate closed a door and opened another window for him. Of course, the opening of this window was more achieved by Zhang Jiacheng’s own efforts of. At the age of 12, Zhang Jiacheng fell in love with basketball. After that, he passed rigorous training every day, overcame huge difficulties, and practiced the trick of dribbling with one hand. Life made a cruel joke with him, but the teenager responded enthusiastically.

In Zhangjiacheng's eyes, "Either work hard or give up", choose to work hard to choose Fengshengshuiqi, choose Liuminghuaming, choose brilliant and colorful, give up and let everyone. The road of life is destined to not go well, but as long as you work hard, you will definitely get an extra gift of fate. Zhang Jiacheng used his tremendous efforts to do the right choice question in this life. Basketball makes Zhangjiacheng unique. Through this sport, he has regained his confidence and his goals in life.

Under the premise that the new crown epidemic has caused China and even global sports to halt, at a special stage where CBA and most professional sports events still fail to restart, in the relatively lonely sports world, the 14-year-old one-armed boy Zhangjiacheng "fires" Inevitably, "fire" can be taken for granted, and "fire" will come naturally. He was able to play basketball in such a "magic" way. His brilliant ball control skills, smart and handsome breakthrough turns, smooth and powerful shots, and basketball techniques that are incompatible with his age and body made him popular in one fell swoop, and then he also became popular. Search, caused a large number of netizens to follow, repost, comment.

In an interview with the media, Zhang Jiacheng confided to the camera, "I want to be a basketball player in the future, play more games, and let more people see me." Zhang Beihai, Zhang Jiacheng's father, in an interview, It also said, "I just saw so many fans on the Internet, so I knew (his level). We usually don't know, he played like this all day, we thought he was just playing. Of course. He still has to learn more in the future, learn well, and then take the basketball path."

In addition to NBA superstar Curry's attention to the video of Zhangjiacheng playing, his story also won the recognition of many domestic basketball players. Yi Jianlian praised Zhangjiacheng on Weibo, saying, "Heart will always be the strongest in the body. Zhu Fangyu, who is now the general manager of the Guangdong Men's Basketball Team, is more direct. "This is the best basketball player I have ever seen. I sincerely invite this kid to visit the Hongyuan team. When the league resumes, allow fans to enter At the court, come to our home to watch the game."

On June 7th, Zhang Jiacheng gave everyone's attention through social media. He said: "After the popularity of my video of playing basketball recently, I got the attention of the famous Chinese basketball players Yi Jianlian, Zhu Fangyu and Du Feng. Then I received NBA stars. Curry, Lillard, Tucker’s encouragement, I am really happy, I will continue to practice basketball, always remind myself that I must work harder, and live up to everyone’s expectations. At the age of 12, I I participated in a basketball training class, learned basketball, and I have loved basketball ever since. Since then, I have continued to practice basic skills every day, from the simplest dribble to the back, the crotch dribble, and gradually made me feel more confident. From the school playground to the sports ground in the village, even to the living room at home. On June 5, I have completed the registration of young athletes in Guangdong Province, and I can go to Yunfu City Sports School to participate in system training in the future. I will continue to work hard in the future. Study hard and keep playing."

Why Zhangjiacheng became popular overnight was due to his incomparable love for basketball and his resistance to the ruthless destiny. Now although we do not want to use the term "spiritual" to describe him, but in fact this factor Objective existence exists, which just explains his uniqueness. Without an arm, Zhangjiacheng can also have a skillful dribbling movement, which is obviously the result of his persistent efforts. I believe that Zhangjiacheng once felt inferiority and experienced despair because it was different from others, but the little boy chose to be strong and silently carried it all. Through night and day training, he finally made himself more competitive in the seemingly impossible field. Everyone must be outstanding. Zhang Jiacheng's growth trajectory is a complete inspirational story, he is still moving on the road. When the aspiring is done, everything becomes possible. People can see the optimism that even an adult can't do in this inspirational one-armed boy, and also see the stubbornness of "I am destined by me". 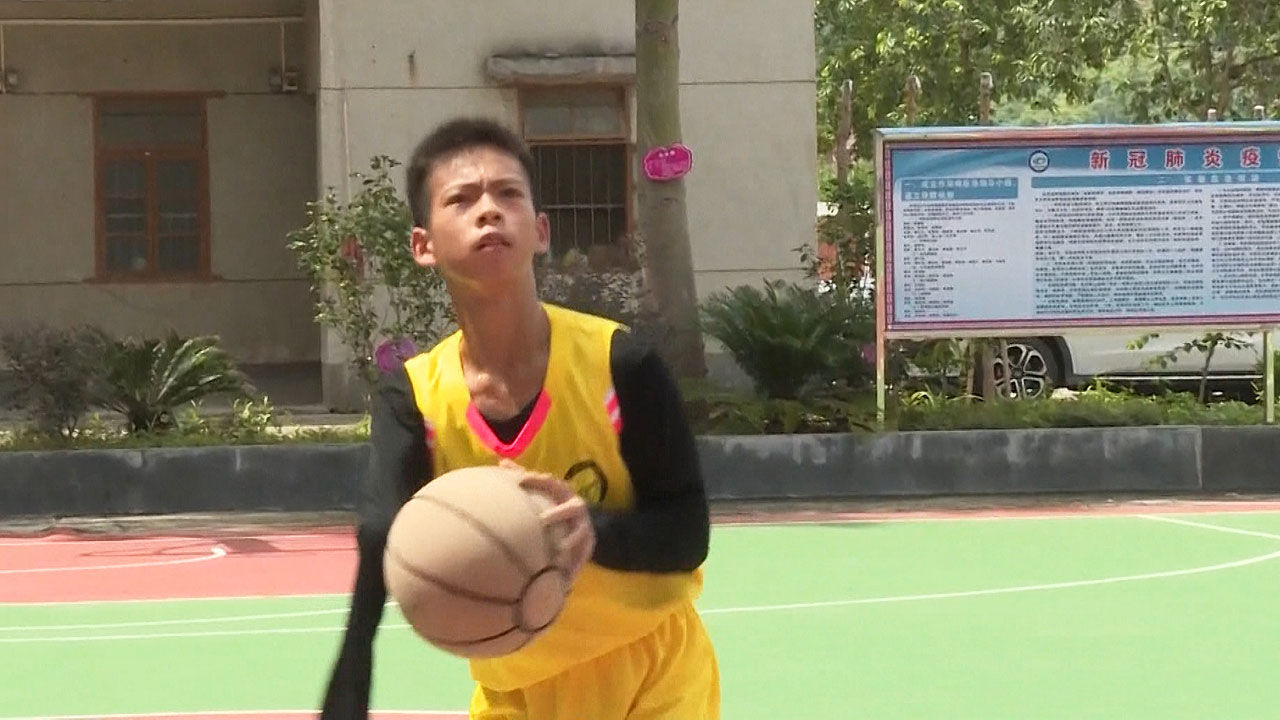 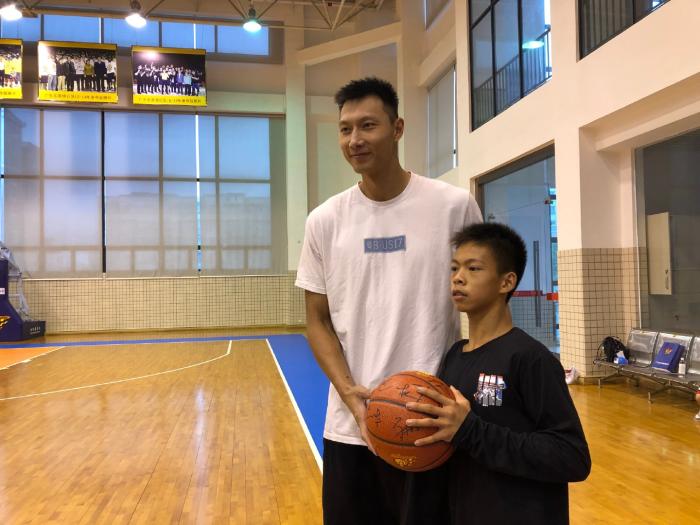 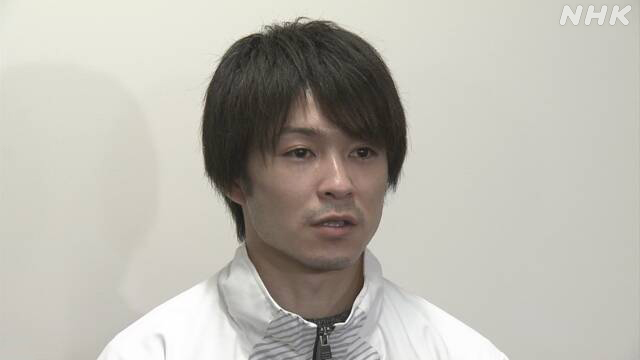 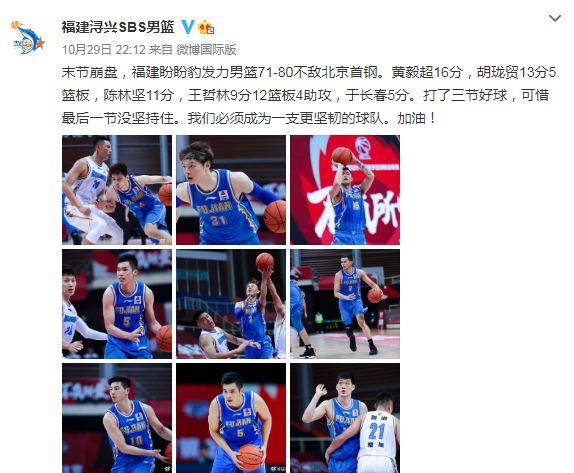 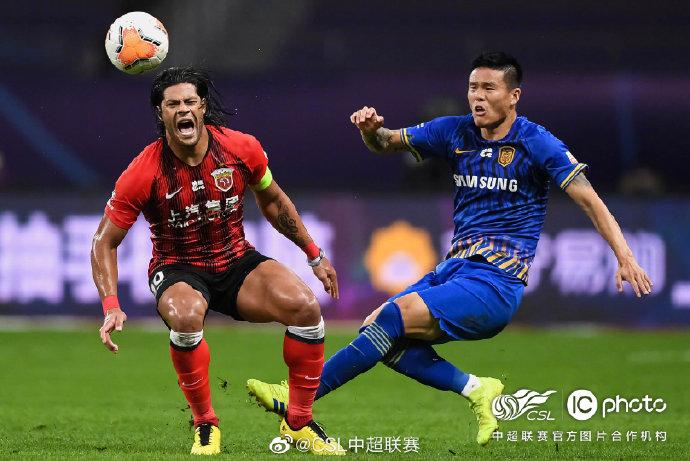