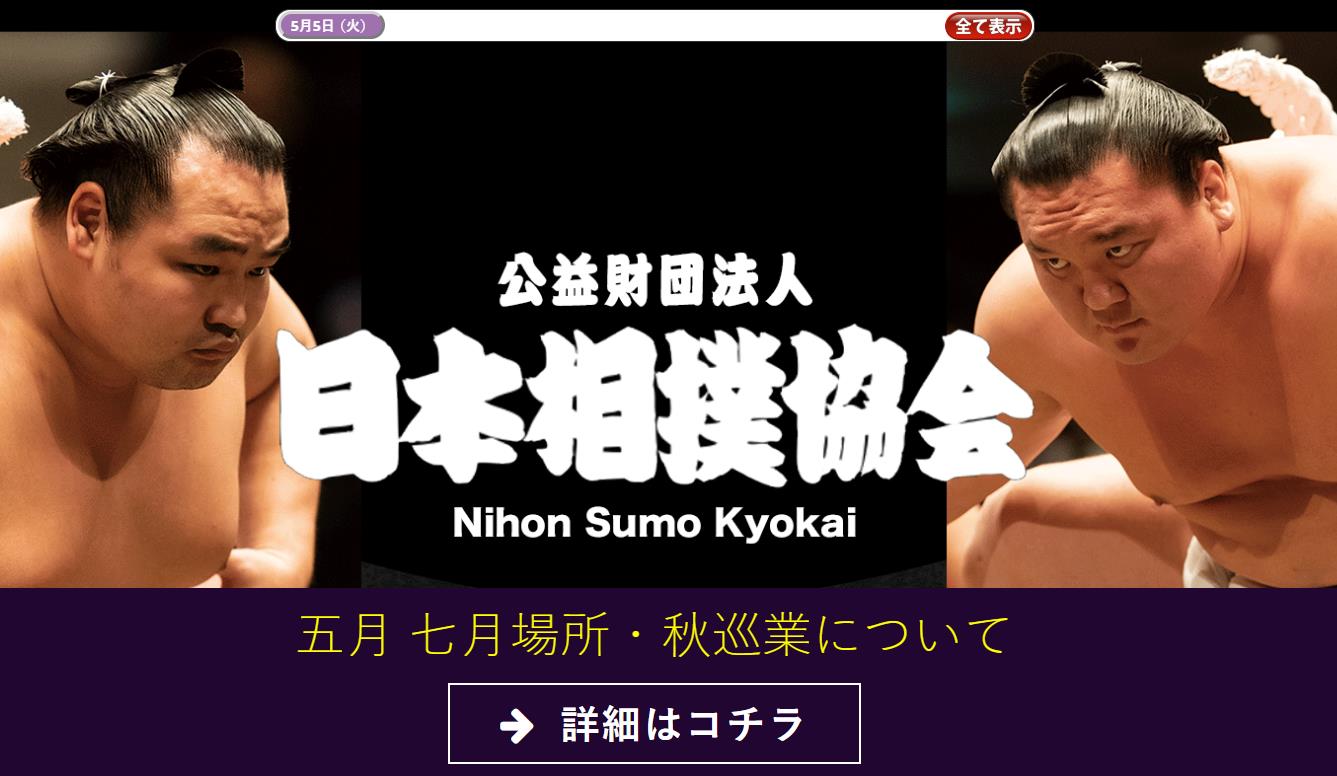 China News Service, May 5 (Xinhua) The Japanese Sumo Association announced that it had suspended the summer sumo tournament originally planned for May 24-June 7 in Tokyo. This is also the 9th anniversary of the sumo summer competition. Cancel 3 times.

The competition was originally planned to start at the Tokyo National Science and Technology Museum on May 10, but it has been postponed by the epidemic for two weeks. But on the afternoon of the 4th, Japanese Prime Minister Shinzo Abe announced the extension of Japan's "emergency declaration" to 31 days. The applicable area is nationwide, and the Japanese Sumo Association also made a timely decision to cancel the entire game.

On the 25th of last month, a sumo dojo in Tokyo was diagnosed with the new crown virus as a person in charge of the sumo dojo, as well as five athletes and coaches in the dojo.

Screenshot of the official website of the Japanese Sumo Association

The Japanese Grand Sumo Tournament is held six times a year, and it is held every single month. The January, May and September matches are held in Tokyo. In response to the epidemic, the March Osaka Spring Competition was held without spectators and became the first grand “Sumo Tournament” held “closed door” in history.

In addition, the Japanese Sumo Association also decided to move the competition originally planned for Nagoya in July to Tokyo. As for whether it will be held "closed", the association will depend on the situation. (Finish)