Will French rugby recover from the end of the season?

The Top 14, which has entered its end of the season without a final phase, is in real economic danger if it were to resume behind closed doors at the start of the school year. 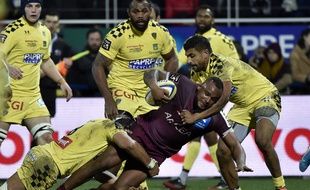 Football and rugby that fold shop on the same day at the same time, or almost. When we feared the dark night for sport lovers in a small house text just before confinement, we still imagined a little streak of light at the end of the tunnel. It seems that the end of the world is near, all things considered. Death to heart, the NRL office made the only decision it could make. The end of the trip for the 2019-2020 season.

The Bureau will propose to focus on the organization of the 2 20-21 championships from September. The LNR will present to the Ministry of Sports its proposal for a medical protocol, re-athletics and preparation in the coming days. 3/4 ➡️📄 https://t.co/u8z4mrld7P

"After consultation with the presidents of Top 14 and Pro D2 clubs, the office will propose to the NRL steering committee not to follow up on the scenario which provided for the organization of final stages at the end of August to close the 2019-2020 season, pronounce the end of this 2019-2020 season and focus on organizing the launch of the 2020-2021 editions of the two championships starting in September 2020 "

Press release signed with warm tears from each of the 30 presidents of pro rugby clubs, who had nevertheless put together lots of more or less eccentric plans to end the season in August. We welcome the good overall performance, all the same. No one to moan in the media that the government's decision is unfair, that if we make a scholarly calculation over two and a half months with the first half my club would be European and not the other, that contraption should be classified behind me and not vice versa…

Take Stade Toulousain, seventh to date and not even qualified for the Heineken Cup after having played without its internationals for half the season because of the World Cup and VI Nations Tournament. Well, the champion of France let us know that "there will be no individual speaking of its president Didier Lacroix for the moment, since French rugby today wishes to speak with one and the same voice face to the situation that evolves day after day ”.

UBB will not claim the title of champion

Dignity, therefore. Shared by Laurent Marti, the president of UBB, solid leader of the championship also "cheated" by the arrival of this damn virus since the championship will not go to the end. “I have always been very clear, by proposing final stages if the sanitary conditions allow it. It turns out that the conditions have not been met. From there, we can forget this season and the title of champion that goes with it. ” It must be said that French rugby does not have time to focus on details when the whole building threatens to collapse.

Unlike football, which only has to open the cash drawer to wait for Mediapro's TV rights despite the crisis, rugby bases its financial revenue model on what is a little pompously called the real economy, namely the revenue from matches at home and local partners. Suffice to say that we must forget the camera immediately. “We make 80% of our income from our home games, explains Laurent Marti, between ticket sales, refreshments, hospitality. If we take that away, there's not much left. And even if we had to organize only a match or two behind closed doors to start with, it would be several hundred thousand euros lost for us ”.

The 5,000-person gauge mentioned by Edouard Philippe does not find favor either in the eyes of Thomas Lombard, the CEO of the Stade Français: “First, how would we choose them? Do many people come to the stadium, and should you put 10 meters between them? And then you see people in the dressing room take off their mask to drink a glass of champagne and put it back on? It does not hold, a large part of the profitable activity will not be able to resume ”. However, if the partial unemployment system makes it possible to limit breakage in the state ("without that, we would already be dead") clubs could no longer resort to it if they resumed in a vacuum. The double penalty, in short.

The deadly threat of a closed-door resumption

Hence the decision to drop everything until September, hoping that the pandemic will disappear during the summer. Until then? Well by then, each for himself and god for all, provided that the players are willing to make a gesture Because if French rugby is not (yet) shot in TV rights and can count on cordial relations with its historic broadcaster Canal +, which says it is ready to pay the last draft of the season - 17.6 million to be reimbursed later - to take its part in the rescue of the championship, it has drastically let go of the bridle as regards the payrolls in despite the salary cap.

Almost 75% of the budget of some big clubs in the top 14, for a median salary of 13,000 euros, according to indiscretions. Dominique Debreyer, director of DNACG, the top 14 financial policeman, warned his world at the beginning of the month: "Taking into account the contracts of players signed and which run for next season, 9 clubs from Top14 and 7 clubs from ProD2 will not be able to present a budget allowing them a commitment authorization. "

Dominique Debreyer, director of the DNACG: "Taking into account the player contracts signed and which run for the next season, 9 Top14 clubs and 7 ProD2 clubs will not be able to present a budget allowing them to authorize entry."
😱 # Top14 # ProD2 #Midol pic.twitter.com/iyA2CD6cpR

The first meeting with the Provale players' union was precisely organized on Thursday to find points of agreement on the drop in wages. But the rapprochement did not really operate, according to the summary made by Robins Tchale-Watchou, the president of Provale, to our AFP colleagues:

“The first strong decision today is that the players have agreed that they will not be granted the leave due to them. It was agreed that we would all make an effort. The question is, how much are we talking about? The players are not spoiled children. They just want what is owed to them. They are already making an effort by losing 16% (due to partial unemployment, editor's note), in addition to bonuses and others ... They are making a significant effort. But, as the players are committed, we will make a financial effort but in a fair proportion. "

"The players realize the gravity of the situation"

However, the figure advanced, 31%, is still far from the 50% of wages frozen by the New Zealand Federation for the rest of 2020, but fairly close to that dealt by the Welsh Federation with its players under contract. The structure of French rugby being different, each club will have to negotiate step by step for its parish. Thomas Lombard admits that he has not yet rubbed shoulders with his players: “When you are going to find someone to lower their salary by 30%, it is a complex discussion. The players are now understanding the gravity of the situation. They show a real determination to participate in the effort. At the Stade Français, we gave them an estimate of the situation a few days ago. But be aware that the figure of 30% is not enough. It compensates part of the losses, not all. The players do not have to bear the cost of the crisis alone ”.

If there was agreement, would the players still be ready to resume in September? In the absence of major surveys on the subject, it looks like divination. "Are our players worried? I don't think so, says Laurent Marti. The medical follow-up is very competent, so they know that we will not play with their health. It is health security that will decide the recovery, nothing else "

A very precise medical protocol will also be very soon sent to the Minister of Sports, who was able to measure the concern of the presidents of French rugby in a meeting by videoconference Thursday morning, in the presence of the Federation. "We alerted her to the risks of filing for bankruptcy in series in professional rugby at the start of the school year if the championship did not resume, which would make bad gender three years before the World Cup in France". to say the least.

Coronavirus and rugby: The FFR announces an “exceptional effort” of 35 million euros to support amateur clubs

European Cup: "It's a device that has shown its effectiveness", does the salary cap still have a future? 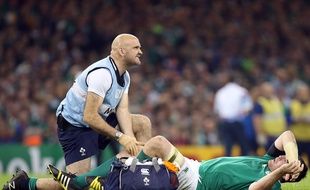 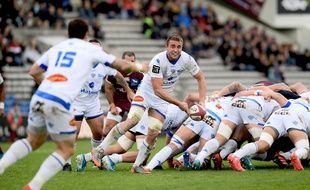 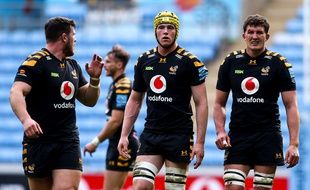 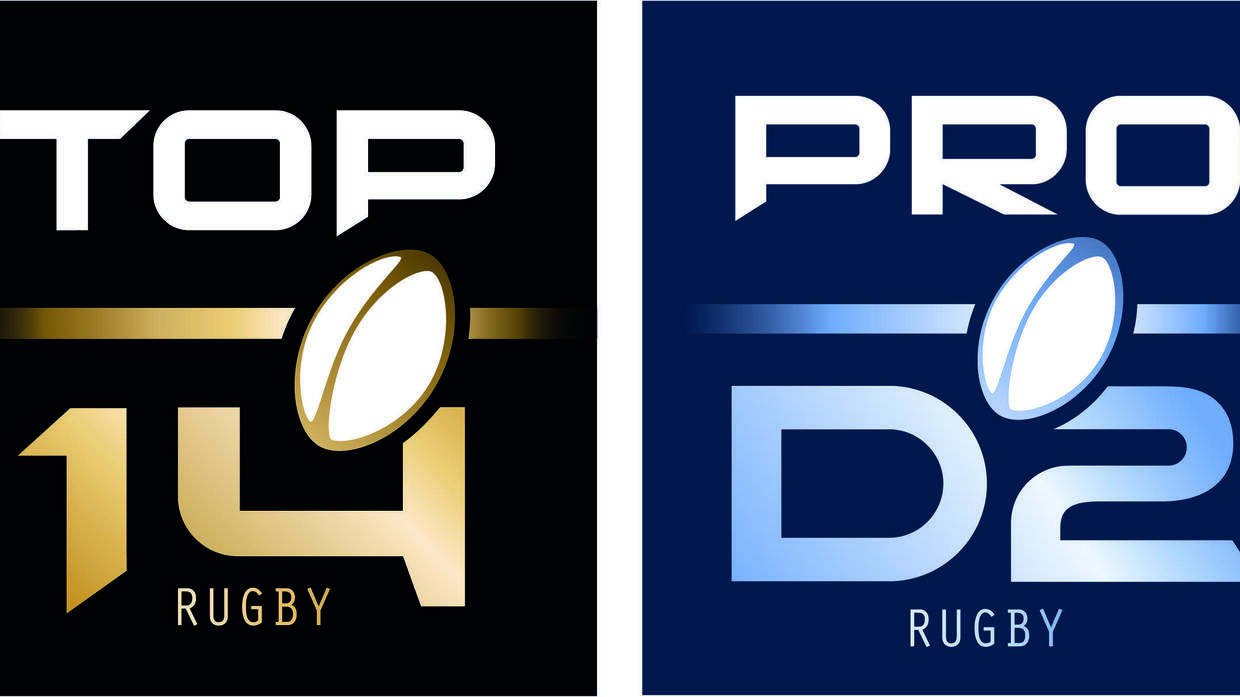 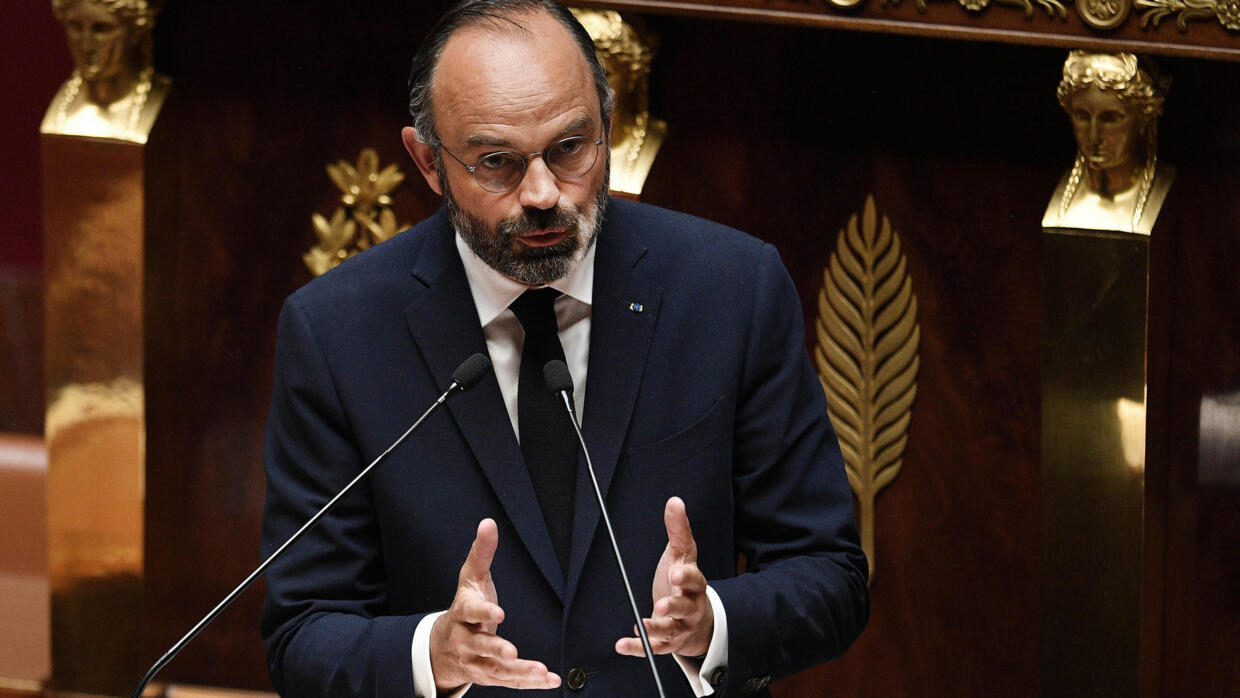 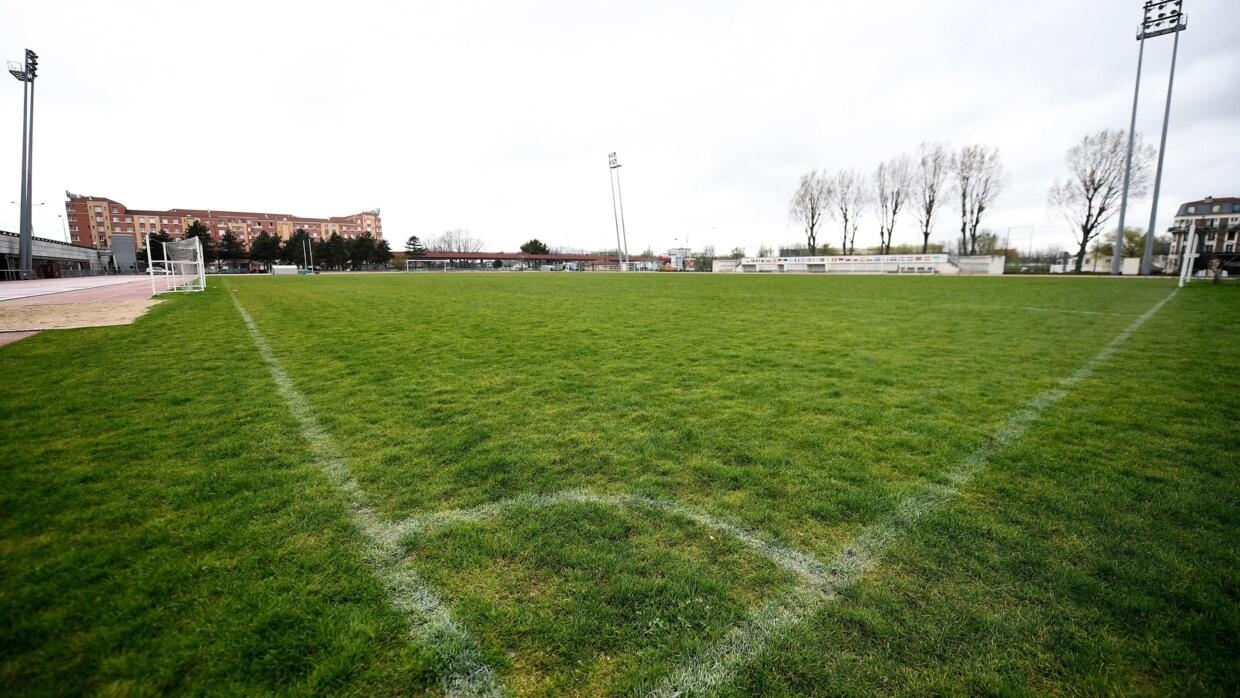 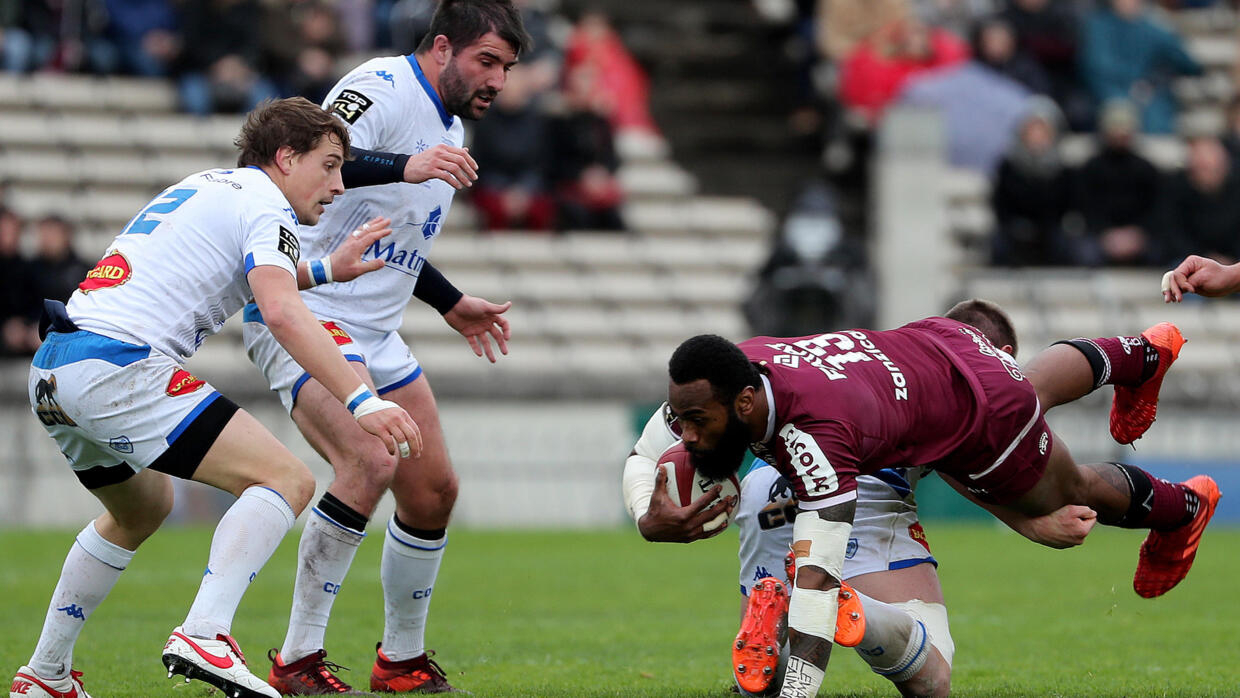 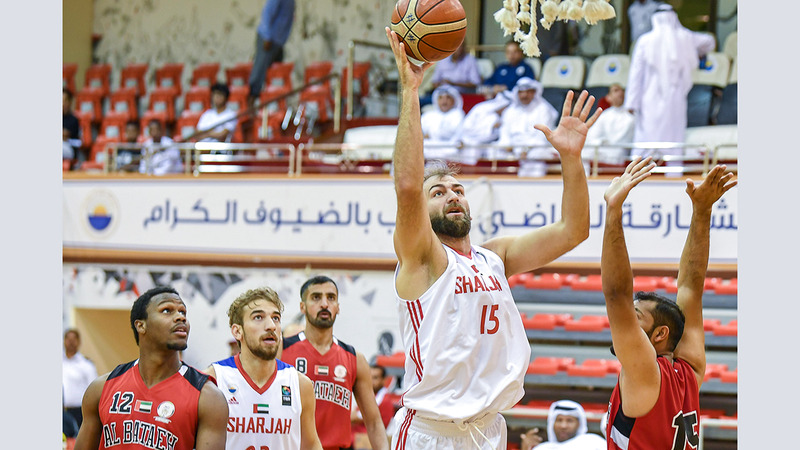 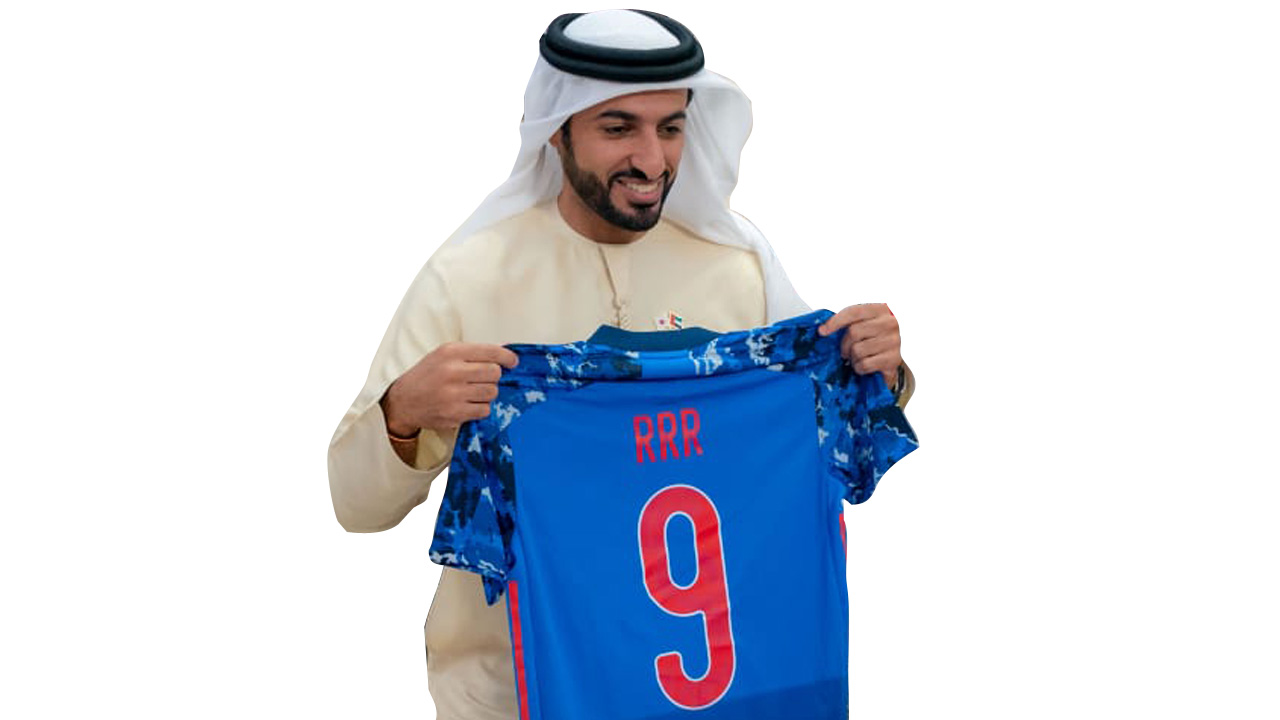 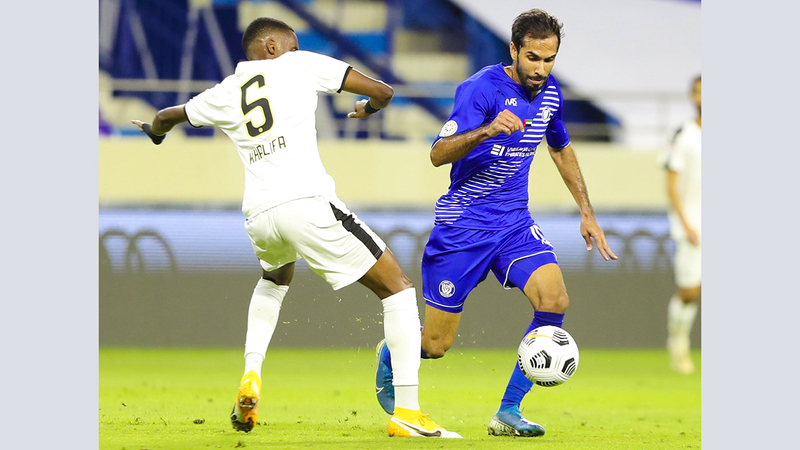