Nilsson peeped Grip to take the job: "She said I would follow my dreams"

Rikard Grip's new role as biathlon secretary general will be a dear reunion with an old adept: Stina Nilsson. - When I mentioned that I was a little attracted to take the job, she replied: Do as I do and follow your dreams. And I've done that, says Rikard Grip to SVT Sport. 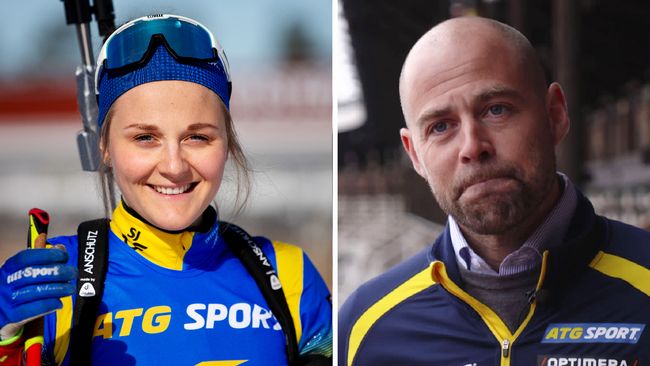 Rikard Grip becomes new secretary general of the biathlon association. It was clear today, just over a month after the bomb, that long-time star Stina Nilsson switches sports to biathlon.

- It's great that a person dares to take the step Stina has done. She has a long way to go before she can be classified as a world skater. But the most important thing is that you have a passion for what you do, says Rikard Grip.

Was peppered by Stina Nilsson

He had some contact with Stina Nilsson before accepting his new top job.

- When I mentioned that I was a little attracted to take the job, she replied: Do as I do and follow your dreams. And I did.

That she changed does it matter to your decision?

- No, it doesn't. This is a sport that has fantastic development potential regardless, medially attractive with many profiled riders performing in the tracks. But of course she will contribute to the positive development, especially in terms of care.

A little joke has been talked about a tension between the two sports (which are the best cross-country skiers or biathletes?) But sometimes it has also been seriously heated. Not least when it came out that former biathlon coach Wolfgang Pichler was out trying to recruit young promising cross country skiers to his squad.

Then you were not completely satisfied with the cross-country ski camp. When it comes to attracting riders now, how will you act?

- Basically, the athletes themselves must decide. Then if we create conditions that make anyone want to test biathlon, then we are absolutely open to it and will support as best we can, says Rikard Grip.

- I had my assignments and Pichler had his. We were two driven people who looked after our respective sports. But I hope we can have a good dialogue together, hook arm instead of fight. Sweden should be a strong winter nation, I really want to be part of that and contribute to it.