Stina Nilsson: "Don't want to hear what she said"

Russian head of length Jelena Välbe saw Stina Nilsson's switch to biathlon. Now the Swedish is facing the criticism. "I don't even want to hear what she has said," Nilsson tells the friend of Faedrelands. 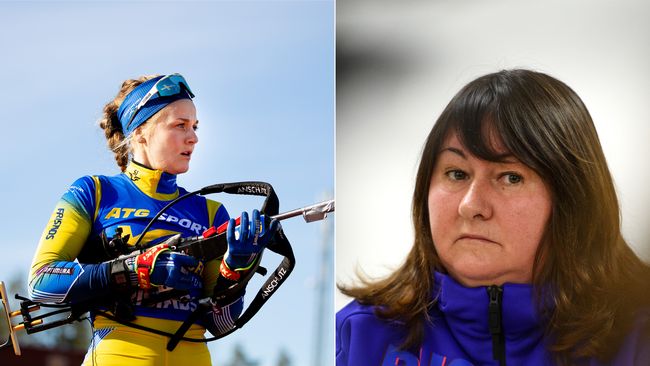 It was in the middle of April that the Russian ski team manager Jelena Välbe made a statement about Stina Nilsson's switch from cross-country skiing to biathlon.

"I think she simply couldn't accept that there were girls on the team who could beat her," Välbe told Russian Sport Ekspress, according to Norwegian VG.

- I don't even want to hear what she has said. I have also decided not to talk about Swedish cross-country skiing. I want to look ahead and concentrate on what I need to do to become a good biathlete, ”says Stina Nilsson to the Norwegian magazine Faedrelandsvennen.

"Doesn't deserve to compete in the World Cup yet"

The 26-year-old has already won a place in the A-national team in biathlon and also has an individualized program focusing on the Beijing 2022 Olympics.

In an interview with SVT Sport, Nilsson has told us that the World Cup is the goal but to compete against the very best at the start of the season is not logical, she says.

- I don't deserve to compete in the World Cup yet. But it is a tantalizing challenge that I like to tackle.

It was on March 22 that SVT Sport could reveal that Nilsson would change sports to biathlon.