The 2022 Qatar World Cup soccer Asian second qualifying round has been confirmed. The international federation says it has decided to postpone the second round of the Qatar World Cup Asia after meeting with the Asian Football Federation at the FIFA headquarters in Zurich, Switzerland. The 2022 Qatar World Cup soccer Asian second qualifying round has been confirmed.

The FIFA says at the FIFA headquarters in Zurich, Switzerland, that it decided to postpone the second round of the Qatar World Cup Asia after meeting with the Asian Football Federation (AFC).

The AFC has already decided to postpone the second qualifying session on Monday (2nd), which was approved by FIFA.

In a statement released today (FIFA), FIFA and AFC decided that the health of individual football officials was paramount and decided to postpone the World Cup Asia Qualifier and the 2023 Asian Cup Qualifier.

As a result, the second qualifying matches, which were scheduled for the A match later this month, will no longer be held.

Our national team, led by Paulo Bento, was to face home against Turkmenistan and away from Sri Lanka on the 26th.

As these matches were postponed, the national team was not called in March.

The FIFA has only decided to postpone the preliminary schedule and will announce after AFC's own meeting when it will play the postponed match.

However, given the current global expansion of Corona 19, it is highly likely that the second qualifying race will be decided to be fully delayed to the A-Match period in October and November.

FIFA also said at the next AFC meeting there will be discussions about the 2020 Tokyo Olympic Women's Playoffs in Korea and China.

The playoffs between Korea and China were scheduled to be home and away on March 6 and 11, but have been postponed since April in the aftermath of Corona19.

FIFA says it will work closely with the World Health Organization (WHO) to monitor the situation regarding Corona19. 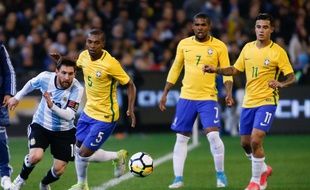