Before Ajax will face Valencia in the Champions League on Tuesday, two duels in the exciting group E are scheduled from 6.55 p.m. Defending champion Liverpool hopes to secure a spot in the knockout phase. Follow everything here live. 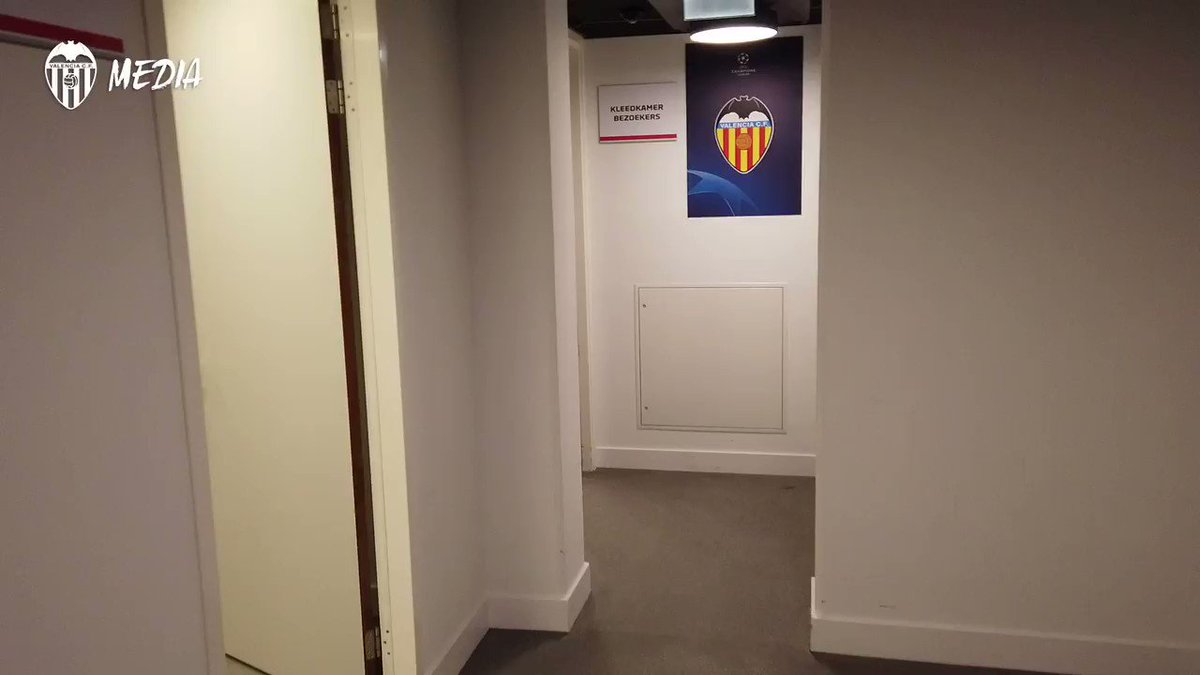 Before Ajax will face Valencia in the Champions League on Tuesday, two duels in the exciting group E are scheduled from 6.55 p.m. Defending champion Liverpool hopes to secure a spot in the knockout phase. Follow everything here live.

Good evening and welcome to this live blog! We, Pepijn Jansen and Robbert van der Linde, will keep you informed of all the matches in the Champions League, with special attention for Ajax of course.

Ajax-Valencia · a few seconds ago

Valencia is fighting in Amsterdam for its last chance. Ajax has been warned, because a cornered cat makes strange jumps. The kits for the players are already ready.

44 'With Napoli's generous lead, it is clear that Salzburg and Liverpool are competing for one ticket for the next round. The English almost take the lead on the stroke of half-time, but Mané is unable to clear the ball behind goalkeeper Stankovic.

A hat trick for Milik! The Pole hits the spot and puts Napoli in an even better lead.

The evening before Vandevoordt goes from bad to worse. The very young goalkeeper takes Callejón down and comes with a penalty and only yellow really goes away.

Arkadiusz Milik scored his first goal in this Champions League campaign tonight. Apparently the Pole likes it so much that he has added a second to his total.

Off the mark in the #UCL this season! Arkadiusz Milik ⚽⚽

29 'What a huge opportunity for Liverpool. Salah seems to have the ball after a pass from Mané for typing. However, the Egyptian himself seems to be shocked and misses.

There is again Arek Milik! The former Ajax player hits the mark of Giovanni di Lorenzo and thus completes a flashy attack by Napoli. The Italians, who are very disappointing in the Serie A this season, seem to have a place in the last sixteen in the Champions League.

Arkadiusz Milik celebrates his opening goal on behalf of Napoli. This was mainly made possible by an error by seventeen-year-old Genk goalkeeper Maarten Vandevoordt, who is also in the background.

21 'A quick outbreak of RB Salzburg, but striker Haaland just can't be reached. With this score (0-0), the Austrians would have been eliminated and Liverpool and Napoli (defending a 1-0 lead against Genk) would go into the knockout phase.

Can Hakim Ziyech be inspired tonight from the miracle goal he made in the away match against Valencia?

Let's do it in HZ style tonight. ✨ #UCL #ajaval

Peter Bosz oversees Bayer Leverkusen's final training before the Germans start competing against Juventus tomorrow for their last chance at the eighth finals.

9 'Salzburg is also close to the opening goal. Goalkeeper Alisson prevents a Takumi Minamino goal with a hand. It promises to be a nice open competition in Austria.

5 'Salzburg against Napoli has also started. The English immediately get great opportunities in the opening phase via Salah and Mané.

Napoli-KRC Genk · one hour ago

What a nightmare for Maarten Vandevoort! The youngest goalkeeper ever in the Champions League (17 years) is played somewhat unhappy by a teammate and then hopelessly goes wrong. Arek Milik benefits and gives Napoli the lead within three minutes.

RB Salzburg-Liverpool · one hour ago

The warm-up is over, in a few minutes there will be kicked off at Red Bull Salzburg against Liverpool and at Napoli-KRC Genk. Here again the position in the group. For clarification: the mutual result exceeds the target balance.

The Johan Cruijff ArenA is already ready for the showdown that will start at 9 p.m. The stadium will fill up slowly over the next two hours and will be packed at the kick-off of Ajax-Valencia.

How was it going for Ajax in the first match against Valencia? View the summary:

A special Champions League debutant at KRC Genk. Maarten Vandevoordt, who is only seventeen years old, will face Napoli tonight, making him the youngest keeper ever at the highest European club level.

Liverpool coach Jürgen Klopp has, as expected, set a base for Virgil van Dijk and Georginio Wijnaldum. These are the setups:

A draw is enough for Ajax to make it to the knockout phase, but according to Van Halst there is also a danger here. "That can be a dangerous starting position. Ten Hag will call that Ajax will go for the victory, but the question is what the players will do if it is the same fifteen minutes before time. Someone like Daley Blind will then have to take the lead and ensure that everyone continues to perform their own task. " (2/2)

Van Halst: "Defeat to Willem II blessing for Ajax"
The surprising home defeat against Willem II on Friday turned out to be good for Ajax, says Ziggo Sport analyst (and former Ajax player) Jan van Halst. "Apart from Liverpool, there are few teams in Europe that can perform 34 games to the full 100 percent," he tells NU.nl. "As far as the competition is concerned, Ajax was able to take this loss. These players have already shown how good they are and are now on their toes again." (1/2)

De Ligt is not coming to Leverkusen for a CL duel
Matthijs de Ligt will not play against Bayer Leverkusen tomorrow, according to the selection of matches that Juventus has just published. The defender allegedly suffers from minor complaints and is therefore left in Turin as a precaution. Juventus is already sure of group profit.

In the meantime Ajax U19 has fallen behind against Valencia. José Contell has just scored on behalf of the visitors.

Young Ajax and Valencia do not score yet
The youth teams under nineteen from Ajax and Valencia are currently trying to set a good example for their older clubmates. The teams have finished half in the Youth League game. No scores have yet been scored for De Toekomst. Ajax, which is coached by former player John Heitinga, has already been placed for the next round. The team can still secure the group profit today.

Ajax misses Quincy Promes tonight and so Erik ten Hag has to move into the line-up. Our reporters Rypke Bakker and Bas Scharwachter discuss the options.

Will Ajax qualify for the next round of the Champions League tonight?

Tadic rejected million dollar offer from Chinese club
Dusan Tadic has declined a mega bid this summer from Chinese Dalian Yifang, he says in conversation with The Guardian . The club wanted to deposit no less than 42 million for the Serbian, but the attacker was not in the mood. "It was a 'crazy' bid, but money is not everything. You cannot buy happiness, I feel rich inside." There was also interest from English clubs, but Tadic did not like that either. "I feel at home at Ajax and I have a special bond with the club. I think they needed me and I needed them." Earlier this year, Tadic extended his contract with Ajax to 2026. He wants to start his trainer career in Amsterdam at the end of that period.

Danny Makkelie is preparing for the important Champions League match between Salzburg and Liverpool. He is assisted by assistants Mario Diks and Hessel Steengstra. Kevin Blom, who is playing his last international game on Thursday, is fourth official. Jochem Kamphuis is the VAR. He is assisted by Bas Nijhuis.

"De Ligt uncertain for CL duel against Leverkusen"
Matthijs de Ligt may not travel with Juventus to Leverkusen, reports La Gazetta Dello Sport . The defender is said to have 'physical problems', the newspaper reports. The injury is not serious, but De Ligt did not train with the group this morning. There is little at stake for Juventus in the duel against Bayer Leverkusen: the champion of Italy is already certain of group victory.

For tonight's match, Ajax would sign for the same result as seventeen years ago. At that time, the team won 2-1 vs. AS Roma, thanks to goals from Jari Litmanen and Zlatan Ibrahimovic.

Revelation Haaland ready for 'biggest game of life'
Liverpool won the Champions League last season, but this season's adventure can end just like that tonight. Red Bull Salzburg, which made it very difficult at Anfield Liverpool earlier this year (4-3), is a formidable opponent. Goudhaantje Erling Braut Haaland, who already has eight in the Champions League this season, is ready for the game. "We're taking to the field and enjoying this great competition," he said at a press conference. It is the biggest competition in my life so far and I am really looking forward to it. I live my dream and competitions like these fit in perfectly with the dream. "

Also at Valencia, the Champions League game of tonight is eagerly awaited.

Not only in Amsterdam it will be exciting tonight, there are also some nice competitions on the other European fields:

The media department of Ajax unpacks a nice clip before the duel with Valencia:

4. Ajax loses, Chelsea wins
The worst scenario for the people of Amsterdam. With a defeat against Valencia and a victory of Chelsea over Lille, Ajax is outpaced in points by Valencia and Chelsea and an adventure in the Europa League remains after the winter break. (5/5)

3. Ajax loses, Chelsea suffers loss of points
If Ajax runs into a defeat against Valencia in the Johan Cruijff ArenA, then the team of coach Ten Hag must hope that Chelsea will miss points against Lille. A draw from the Londoners is enough for Ajax to reach the next round of the Champions League behind Valencia as number two. (4/5)

2. Ajax plays a draw against Valencia
Also in this scenario Ajax is certainly sure to overwinter in the Champions League. A draw, however, is no guarantee for group victory, because if Chelsea wins from Lille, then the Londoners pass the Amsterdammers based on the mutual result. In that case Ajax will meet a group winner at the draw. (3/5)

1. Ajax beats Valencia
A win over Valencia is of course the most favorable scenario for the team of coach Erik ten Hag. Regardless of the result at Chelsea-Lille OSC, the other match in group H, last season's semi-finalist as a group winner is certain of the knockout phase. In the eighth finals the number two from another group is waiting. (2/5) 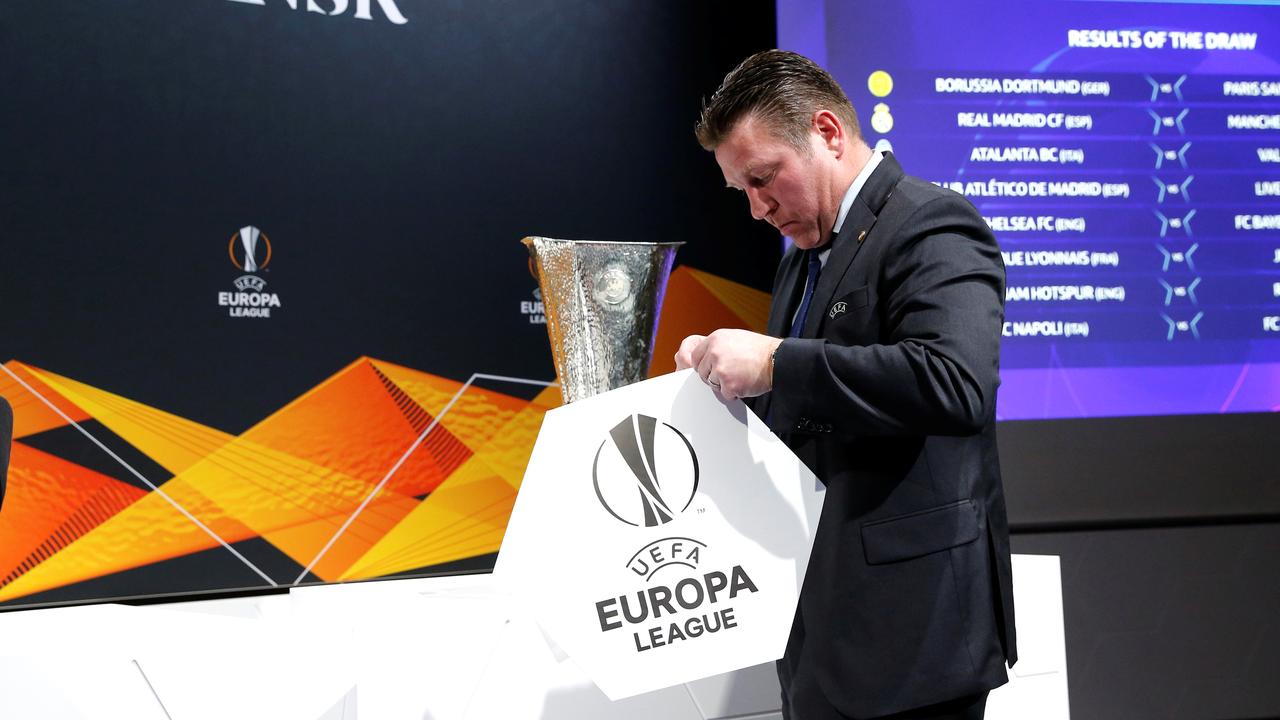