Manchester United lost to Bournemouth and dropped to ninth place in the championship of England. Liverpool and Manchester City achieved last-minute victories in meetings with Aston Villa and Southampton. Barcelona lost to Levante, but retained first place in the Example thanks to a draw from Real Madrid with Betis. “Leipzig” defeated the “Mainz” with a score of 8-0 in the Bundesliga, and “Bavaria” largely lost to “Eintracht”. RT talks about the main events of gaming day in European football. 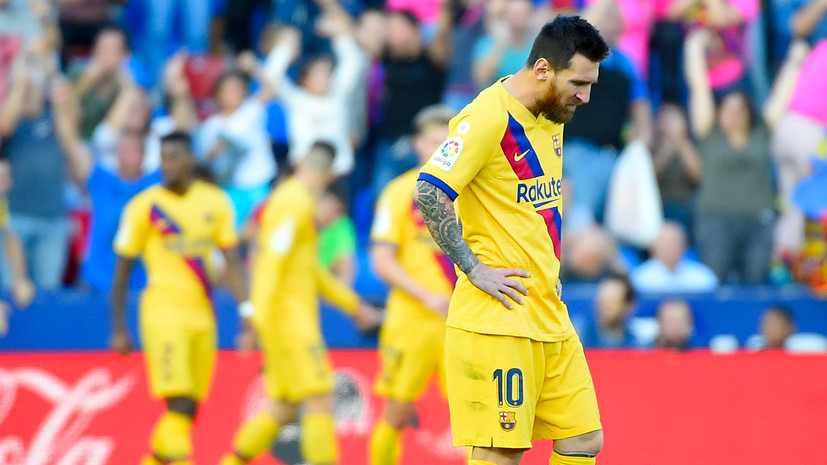 The willful victories of leaders in England

Manchester United continues to fly into the abyss. On Saturday, the Mankunians opened the 11th round of the England Championship with an away match against Bournemouth. In general, the guests controlled the meeting, but could not open an account. For them, Joshua King did it - at the end of the first half, the attacker took the ball to the chest in someone else's penalty area, processed it for a few more seconds without a hindrance and shot exactly on goal.

Manchester could not win back, although it was close to this after replacing Mason Greenwood. Forward hit on goal from just two meters, but hit the post. United repeated its anti-record, having missed in 11 away games in a row, and for the first time in 33 years was left with 13 points after 11 first matches of the championship of England. According to the results of Saturday, the wards of Ole Gunnar Solskher fell to tenth place in the standings.

United would have learned from the leaders of the Premier League how to recoup in such situations. Liverpool and Manchester City were also the first to miss in their games against Aston Villa and Southampton, but still won. Merseysiders got three points literally at the last moment - only in the 87th minute did Andrew Robertson equalize the score from Sadio Mane's pass, and in compensated time the Senegalese himself struck his head exactly. Liverpool have not lost in 28 matches of the championship of England in a row.

“City” was unnerving their fans not so long, but they, too, had to spend time in a longing. “Southampton” led in a meeting with the wards of Josep Guardiola already in the 13th minute, and they found something to answer only to the 70th. Sergio Aguero scored the ninth goal of the season, catching up with Jamie Vardi in the list of scorers, and then assisting him Kyle Walker brought the “Manchester” victory. The Mancunians continue to be six points behind Liverpool, but at the same time they are not under pressure from the pursuers.

Chelsea also won on Saturday 2-1. Only in the match with Watford did the Londoners immediately show their advantage - already in the ninth minute, Tammy Abraham opened the scoring, becoming the leader of the Premier League for goals from the game. In the second half, the Englishman assisted Christian Pulisic, whose goal eventually brought Chelsea the seventh away victory in a row in all tournaments - for the team this is a repetition of the 1989 record.

According to the results of the round, Arsenal lagged behind the leading four, which, in addition to the three teams listed above, includes Leicester. Unai Emery wards missed a victory in a meeting with Wolverhampton, which they could bring the eighth goal of Pierre-Emerik Obameyyang. 14 minutes before the end, Raul Jimenez equalized and extended his team's unbeaten run to six matches.

In the championship of Spain, the leader of the standings almost changed. Barcelona, ​​one point ahead of Real Madrid, interrupted their winning streak of five matches away from Levante. At first, the Catalans did not have any cause for concern. They opened the account thanks to the exact shot of Lionel Messi from the penalty spot. This goal was for the Argentine 500th, which he designed in “Barcelona” with a left foot kick.

But in the second half, the inexplicable happened. Within seven minutes, “Levante” scored three goals against Marc-Andre ter Stegen. After Jose Campagna and Borja Mayoral took their team ahead, Barcelona had two substitutions, but all this did not save the guests from the third goal in the performance of Nemanja Radoi. Messi tried to turn the tide and quickly drew a double, but then the judges noticed that Antoine Griezmann, who was passing with the striker, was in offside position. “Barcelona” lost with a score of 1: 3, but “Real” did not take advantage of her misfire.

Madrid after a few hours took in their field "Betis". The fact that the wards of Zinedine Zidane could not beat the middle peasant of the Spanish championship was simply explained. Sevilians in the last two matches at the “Santiago Bernabeu” won dry victories and knew very well how they needed to defend. The match ended in a goalless draw, and Betis became the first examples team in history, which did not miss in three away meetings with Real Madrid. “Royal Club” only caught up with “Barcelona” on points, but did not overtake it.

The match “Roma” and “Napoli” in the 11th round of the Italian championship was expectedly held in a tense atmosphere. Fans of the two clubs are known for their contempt for each other, and because of insulting chants to the southerners, the game even had to stop for several minutes, and the Roman captain Edin Dzeko go to the fans and reassure them. By that time, “Roma” was already leading 2-0, and she clearly did not need extra problems because of the audience. “Napoli” was able to play one goal away, but the victory still went to the capital's club, which rose to third place.

For the first correspondence fight were conducted by Inter and Juventus. The Milanese met on the road with Bologna and defeated her, which brought a timely take to Romel Lukak. In the last quarter of an hour, the Belgian striker scored from the game and from the penalty spot, having scored eight goals in his last six matches for the club and the national team.

However, the leadership of Inter lasted only until the final whistle in the Turin derby. Juventus beat Torino with a minimum score, thanks to a goal of the most criticized football player in his squad - defender Matthews de Ligt. First, in the fourth match in a row he played with his hand in his own penalty area, but avoided punishment, and in the 70th minute he scored for the first time after switching to the Italian champions.

The most incredible events took place in the tenth round of the German championship. Bayern suffered the biggest defeat in ten years, losing to Eintracht with a score of 1: 5. At the very beginning of the match, the Munich team remained ten of us because of the removal of Jerome Boateng, after which they got two goals. Robert Lewandowski managed to close the gap before the end of the first half, repeating the record-breaking series for the tournament - the striker scored in the tenth game in a row. But in the second half, everything only got worse. The Frankfurt team scored three more times in the 500th match of Thomas Müller for Bayern and climbed to sixth place in the standings, while the German champions share third.

Even more unenviable fate befell Saturday the Mainz. Eight unrequited goals from RB Leipzig flew into the gates of this team. The rival of the “Zenith” in the Champions League did not win in the Bundesliga all of October and only now interrupted the losing streak. the most productive player of the match was Timo Werner - he has a hat-trick and two assists to his partners.

Two Borussia are still leading in the German championship. Monchengladbachskaya defeated Bayer thanks to a goal and a transfer to Mark Thuram, while the Dortmund defeated the Wolfsburg 3-0 home. Two teams with the same name share three points, and Bayern and RB Leipzig are behind one more.

PSG suffered the most disappointing defeat in the championship of France. Opening the 12th round on Friday, the Parisians came to visit the last team of the standings “Dijon” and unexpectedly lost. The beginning of the meeting was favorable for the wards of Thomas Tuchel - Kilian Mbappe scored in the 19th minute. But then the lack of players due to injuries began to affect the defense of PSG. The hosts managed to answer with two balls and climbed to 16th place.

The leadership of the Parisians remained unshakable. Between them and the pursuers there is still a whole chasm of seven points. “Lille” could have reduced it, but he moved to fifth place following a personal meeting with “Marcel”. Now Nantes will try to catch up with PSG - it still has a Sunday match with Bordeaux in reserve. 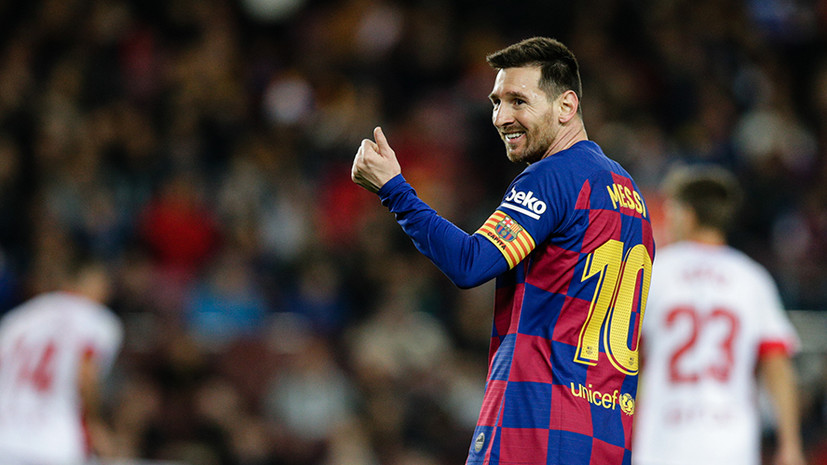 Monaco's crushing victory, Messi's 50th ball of the year and celebrating a goal with mom: Saturday's events in European football

Scored more than half of the team 's Premier League goals

Barcelona top the list .. The most recorded teams stronghold in the last decade 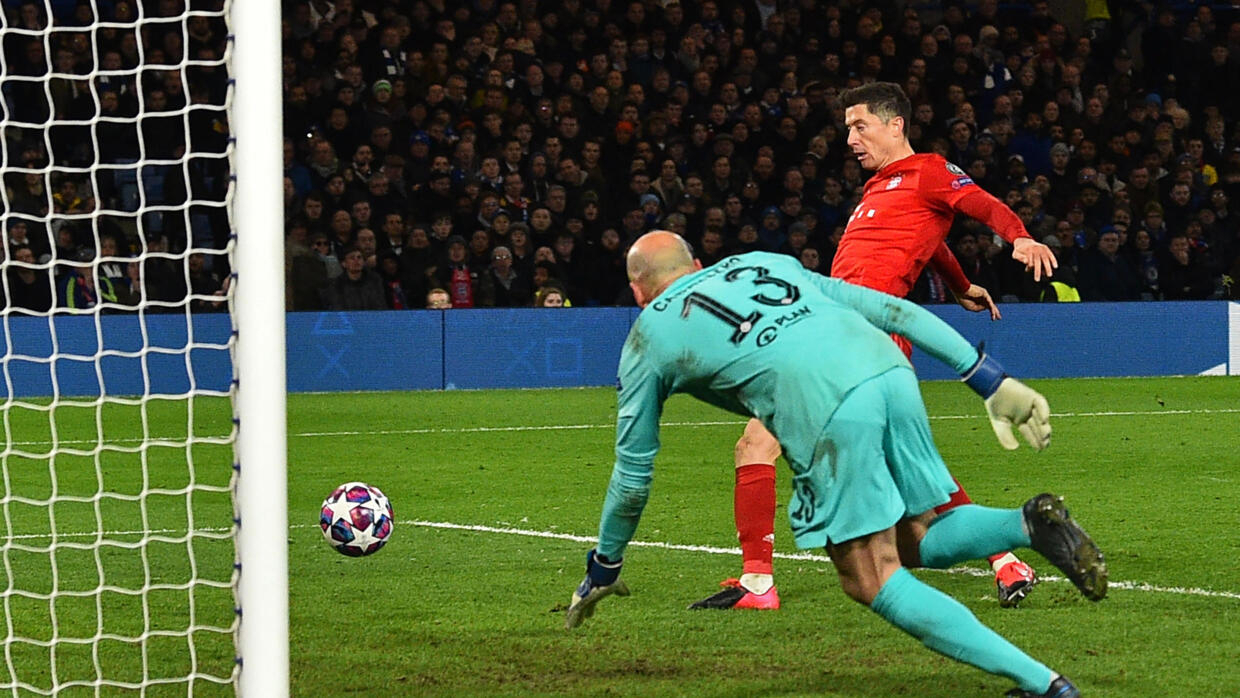 Goal scorers in C1: Lewandowski returns to the lead - France 24 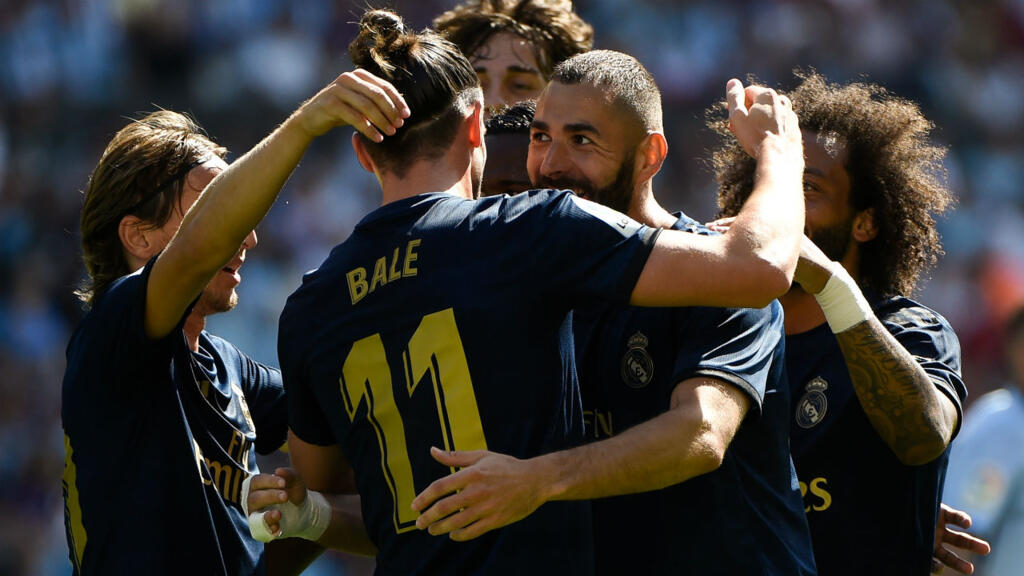 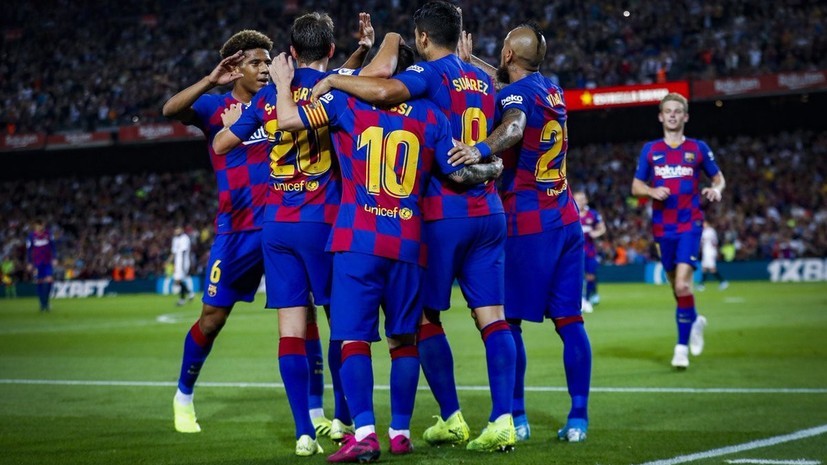 Defeat of Manchester City, Suarez goal through himself and the eighth ball of Komlichenko in the Czech Republic: European football events of the day 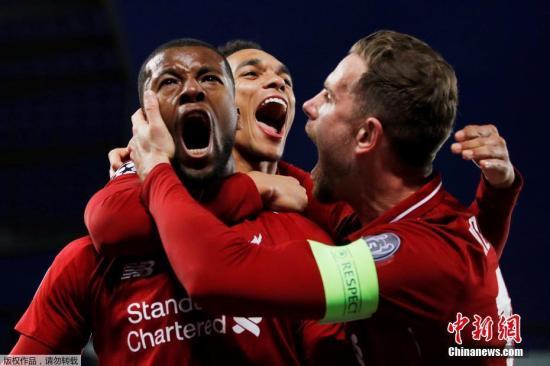 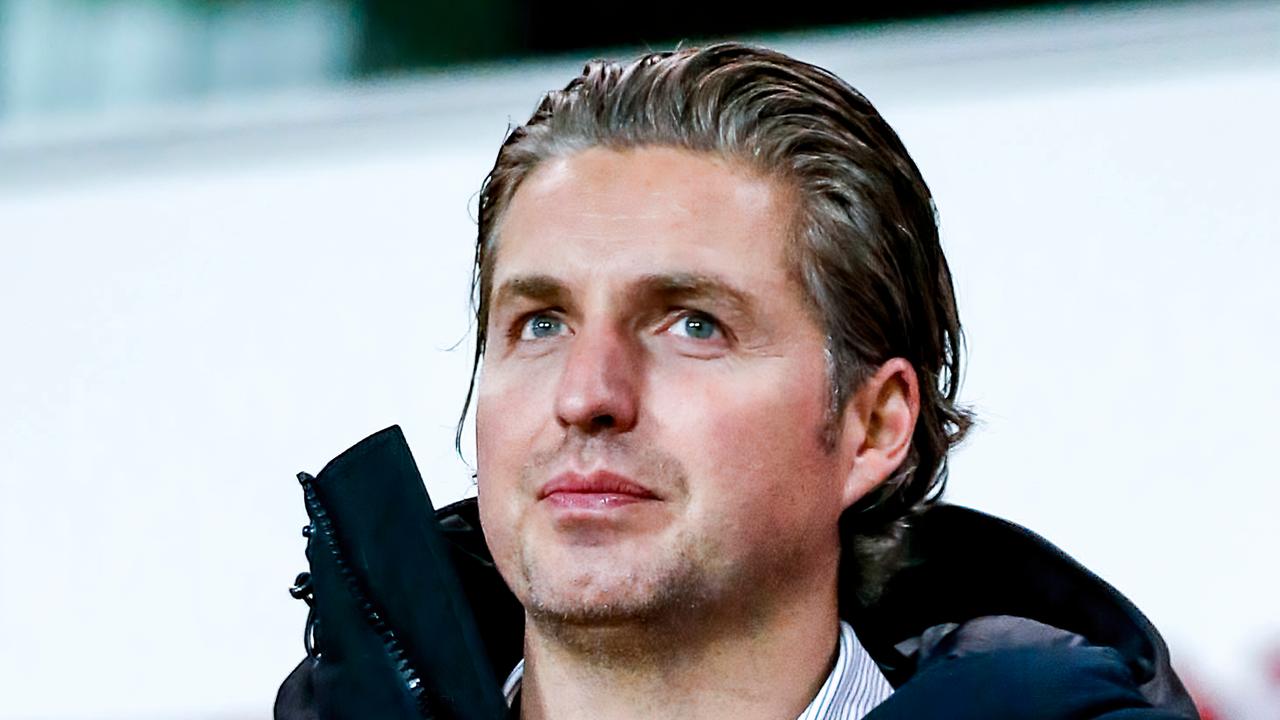 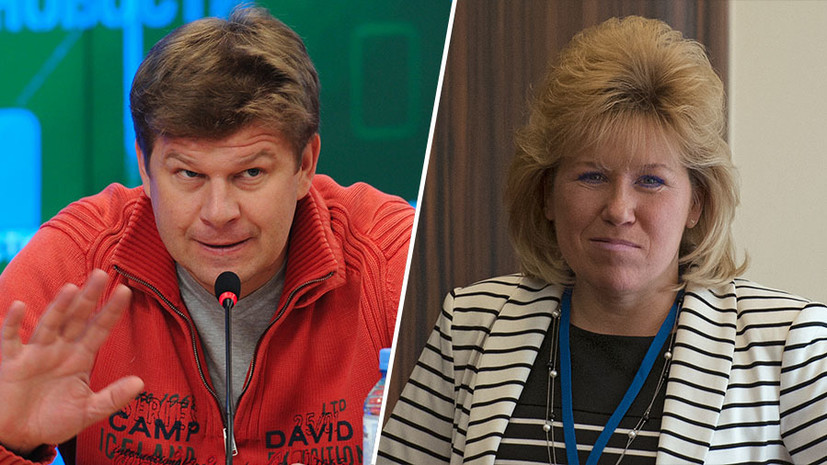 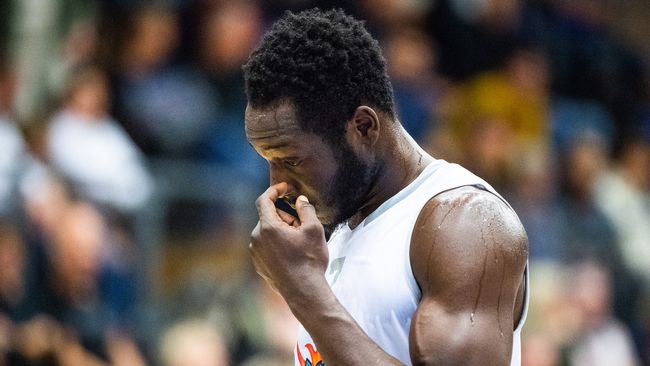 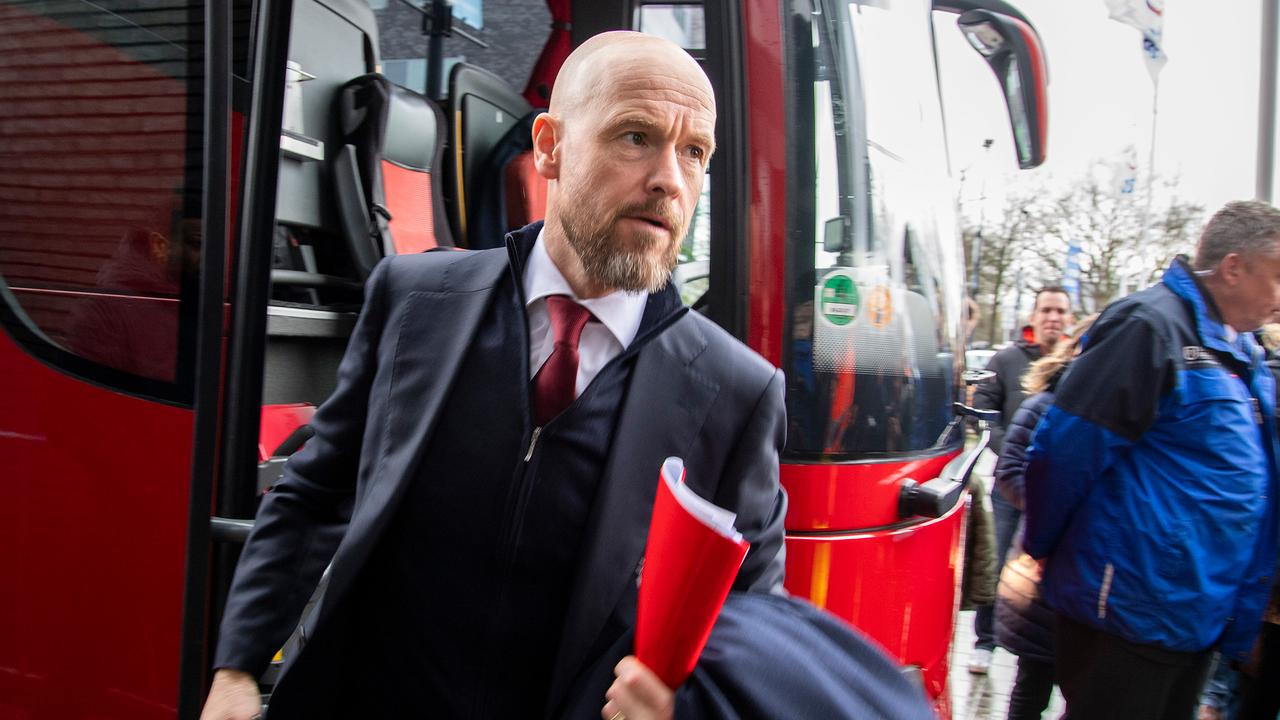 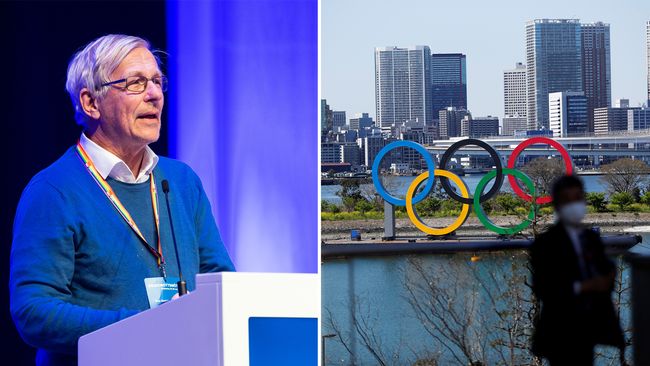 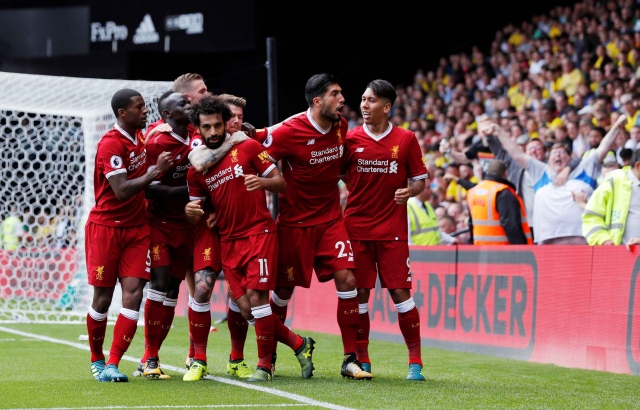 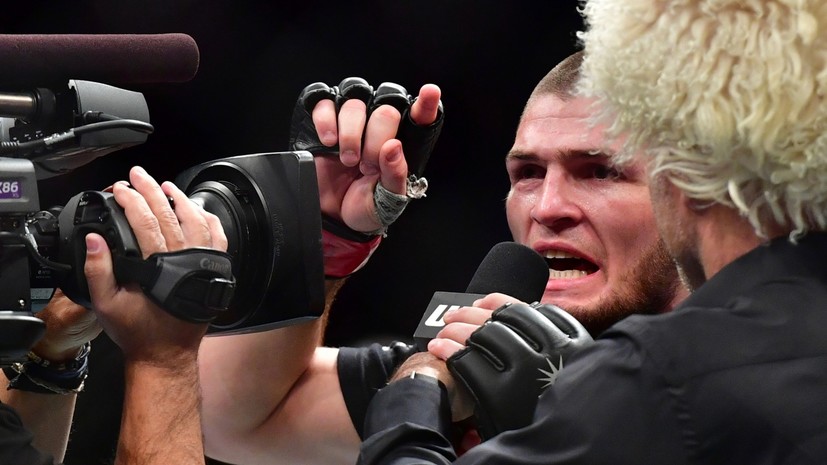 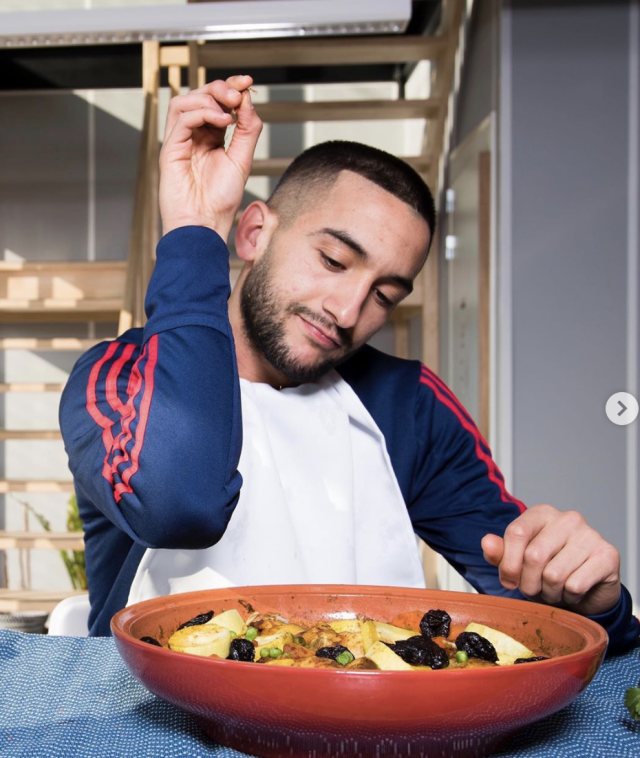 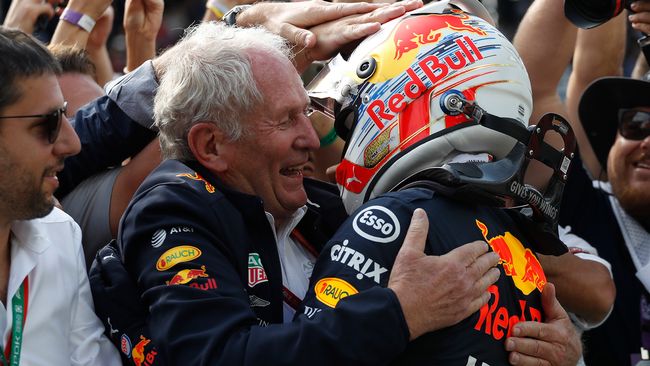 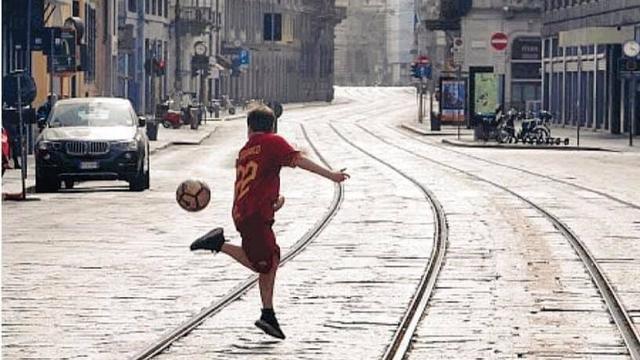