Verstappen in action at first training in United States

At the Grand Prix of the United States, the first (5 p.m.) and the second free practice session (9 p.m.) are scheduled on Friday. You don't have to miss anything in this live blog. At the Grand Prix of the United States, the first (5 p.m.) and the second free practice session (9 p.m.) are scheduled on Friday. You don't have to miss anything in this live blog.

Good evening and welcome to the Formula 1 live blog on NU.nl. My name is Patrick Moeke and I will keep you informed this weekend about all developments in the American Grand Prix. Lots of fun!

Max Verstappen will not restrain himself now that there has been criticism of his driving style after the Grand Prix of Mexico. You can see whether this increases his chances on a podium at the Grand Prix in America in this preview.

Preview F1: 'Dismounting will certainly not be more careful'

GP United States · one minute ago

Another 20 minutes - Albon is also on its way. The Thai Brit climbs to P3 and admits 0.259 seconds to Verstappen.

25 minutes to go - Verstappen is the fastest time! On the soft tire it is 0.169 seconds faster than Vettel. The score:

World champion Lewis Hamilton in action with the 2020 tires.

34 minutes remaining - Many teams drive longer and search for the right racing setting. Times are therefore no longer improved.

Leclerc shoots in the grass, but can continue his way without damage.

Charles Leclerc is caught out by the bump at Turn 9! This is one to watch as the weekend goes on ... #USGP 🇺🇸 # F1

The figures midway through the first free practice in Austin.

Another 43 minutes - Vettel boosts the pace and takes a second off Albon's time. The German, unlike Albon, runs on the fastest soft tire. The score:

A dangerous moment for Carlos Sainz, who loses control of his McLaren. The many spout strips offer a solution for the Spaniard, who is not damaged.

Ferrari has solved the problem with the Leclerc car and is driving the Monegask on the road again.

And also # Charles16 is rejoining the action now! We are halfway into # FP1! # USGP🇺🇸

Another 50 minutes - Albon takes the fastest time of Verstappen (medium) at the 2020 compound. With 1.35.282 he is two tenths faster than his Dutch teammate.

Another 55 minutes - Now Max Verstappen is clocking the fastest time. With 1.35.546 he is just a bit faster than Sebastian Vettel. The score:

58 minutes to go - Williams driver Nicholas Latifi takes care of the first yellow flag of the day. The Canadian, who can substitute George Russell for this session, falls silent. After a few instructions from his team, he can continue his way.

Another 59 minutes - Verstappen is clocking the fastest time, but not for long. His time is scrapped because he came out of the asphalt at the end of the last corner and thus exceeded the track limits .

Another 60 minutes - Verstappen scores purple (fastest) times in sector 1 and 2.

62 minutes to go - Not only at Leclerc, but also at Carlos Sainz. The McLaren mechanics are working hard on the Spaniard's car.

Another 62 minutes - Verstappen makes a pit stop and exchanges his 2020 band for the medium band.

Another 65 minutes - Verstappen is sharpening his time, but not as fast as Albon. The score:

For enthusiasts: Max Verstappen in action on the 2020 tires.

Only 69 more - Verstappen clocked the second time in his second timed lap. He admits seven tenths at the time of team-mate Albon, who drives on the medium band.

Another 70 minutes - Verstappen is on the road again. He is again driving on the 2020 compound.

Another 75 minutes - It is a quiet start to this training. Verstappen has driven one timed lap, but has been in the pits for some time now. The score:

Another 79 minutes - Both Haas cars dive under the time of Verstappen. The top teams are not yet showing up on 'COTA'.

No problem-free start for Charles Leclerc. The Monegask thinks he is suffering from an engine problem.

📻 "There is a problem with the engine I think" Not a good start to the weekend for Charles Leclerc and Ferrari! #USGP 🇺🇸 # F1

84 more minutes - It says very little, but Verstappen clocked the fastest time in his first timed run. With 1.38,423 he is eight tenths faster than Valtteri Bottas.

Another 89 minutes - Max Verstappen also goes outside immediately. The Dutchman drives on the special 2020 tire.

Another 90 minutes - The lights go green and the Grand Prix weekend in Austin is on its way.

Who's ready to get back to it ?! Practice First practice comin 'up! # F1 #USGP 🇺🇸

It's sunny but cold in Austin. As a result, the tires will wear a little less quickly than usual.

Clear skies, but freezing temperatures! WillWe will be under way in less than 15 minutes ... #USGP 🇺🇸 # F1

A great initiative from the Circuit of the Americas. Homeless people can earn $ 15 an hour next night and the night from Saturday to Sunday if they help clean the circuit. "We must try to help the local population as much as possible," says circuit director Bobby Epstein. "We will set up more initiatives like this in the future."

Pay particular attention to the tires during the first and second free practice for the American Grand Prix. The teams use the rubber that will be used next year. Each team has received two sets of the 2020 tires. The first free practice starts at 5 p.m.

Nature organizations lose court case again against GP Nederland
According to the court, the nature permit granted to Circuit Zandvoort by the province of Noord-Holland is lawful. As a result, work on the circuit can continue as usual on Monday. Mobilization for the Environment (MOB) and Stichting Duinbehoud had brought the matter up. The environmental organizations found that the nature permit was wrongly granted to the circuit by the province of Noord-Holland, but are unsuccessful by the court.

Gasly satisfied with collaboration at Toro Rosso
Pierre Gasly feels good since he was forced to return to Toro Rosso last summer. "I have to say that I am really happy with the way I am now working with the team," said Max Verstappen's former teammate at Red Bull Racing at a press conference. In the six races since his relegation to the sister team of Red Bull, Gasly rode four points. "So far, it's going well," said the Frenchman. "Toro Rosso provides me with everything I need and it's up to me to get the most out of the car."

Hamilton wants to be a pioneer in 'new phase'
Lewis Hamilton is looking forward to the new Formula 1 rules in 2021. "I love challenges and am in a team that has shown to respond best to changes. So I know Mercedes is looking forward to the new rules and seeing the challenge" , according to the Mercedes world champion. "As drivers we are not convinced of all decisions, but at least an interesting period is coming, with many young drivers. I intend to be there and I will gradually focus on 2021. I want to be a pioneer in that new phase. "

The Grand Prix of the United States will be held this weekend at the Circuit of the Americas (COTA). Driver Jeroen Bleekemolen answers five questions about the race in Austin. 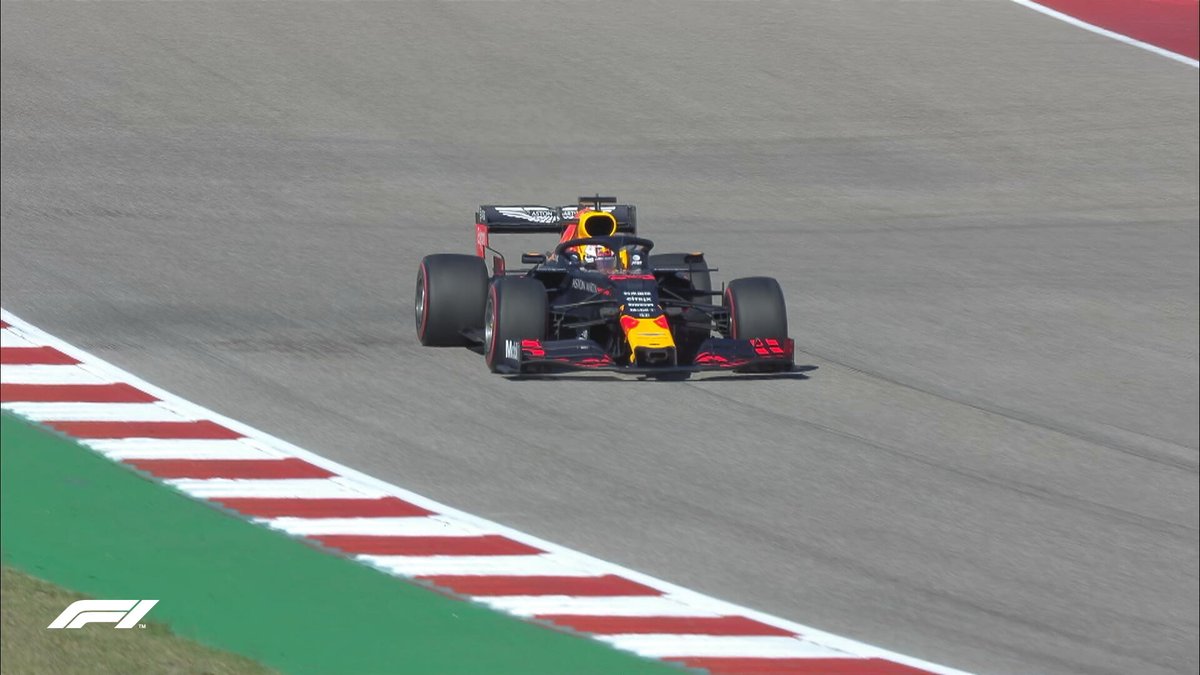 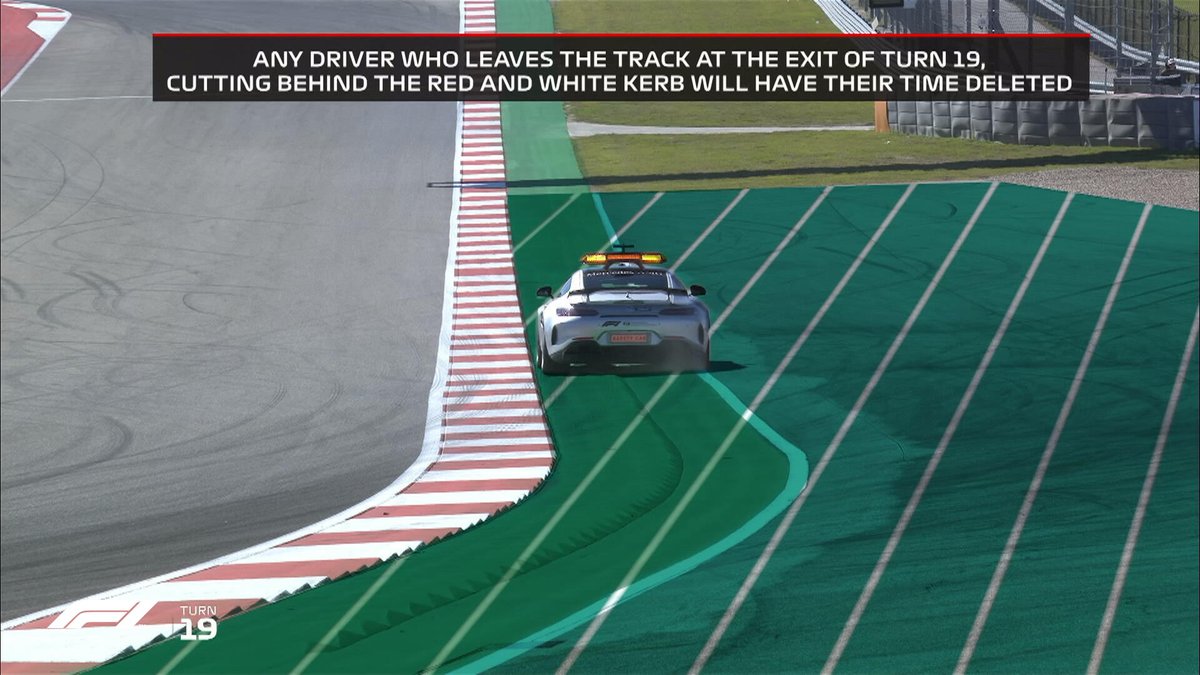