Zero draw, tactical experiments and successful substitutions: how Tedesco made his debut in Spartak

Moscow “Spartak” tied with Kazan “Rubin” in the debut match under the leadership of Domenico Tedesco. Red and white interrupted a series of five defeats in the RPL, but could not hit the opponent’s goal, while playing for the first time since August. Meanwhile, the German specialist was able to present a number of tactical surprises. 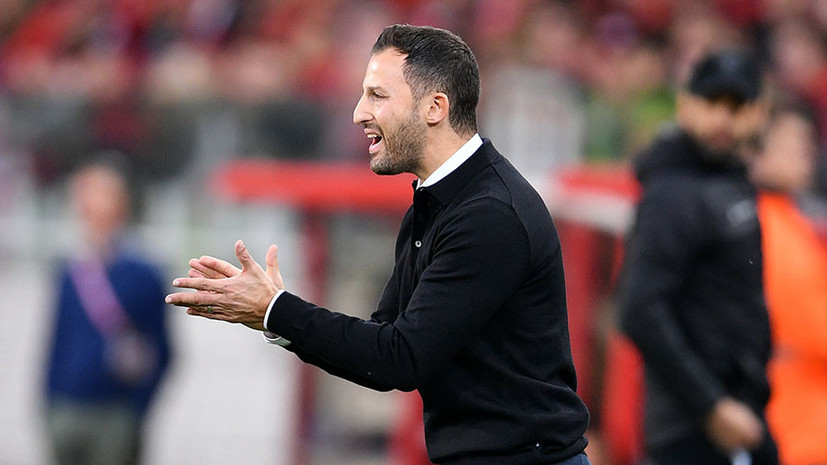 Game with one striker and Guliyev on the bench

Domenico Tedesco spent with Spartak only a few days, and the fans were waiting with great interest what starting lineup the German would determine for his debut game with Rubin. Indeed, for such a short time, the coach simply could not properly get acquainted with the new wards.

As a result, the young specialist, as expected, did not start a tactical revolution and chose a fairly predictable roster. Tedesco himself on Monday at a press conference on his appointment to the post, said that he wants to first get to know the team more closely and begin to score points, and only then think about tactics.

One replacement was forced. We are talking about the disqualification of George Djikia. It is good that Samuel Gigot managed to recover for a pause at the meetings of the national teams. He took a place in the center of defense in a duet with Ilya Kutepov.

But in the Tedesco base zone, like Sergei Kuznetsov in the last match with Krasnodar, he trusted the young Alex Kral and Nail Umyarov. The fact that the young pupil of Chertanovo once again became the basis, certainly could not but rejoice the fans gathered at the stadium. Ayaz Guliyev, on the contrary, remained in reserve.

Gus Til came out under the attacker, on the right flank of the attack - Zelimkhan Bakaev. But on the right, the coach let out Lorenzo Melgarejo, and not Reziuan Mirzov. Finally, it was not Jordan Larsson or Esekiel Ponce who settled down on the edge, but Andre Schürrle, who recovered.

However, it quickly became clear that the initial arrangement did not at all correspond to the real state of affairs. First, Bakaev acted not on the flank, as usual, but in the center of the field along with Kral and Umyarov. But only in a new place Zelimkhan felt frankly uncomfortable. He rarely intersected with the ball and practically did not get the opportunity to demonstrate his signature dribbling. And sometimes he even had to retreat virtually to the position of right-back of Nikolai Rasskazov.

Often, the tenth number out of habit shifted to the right flank, but there came across Melgarejo. As a result, Bakaev practically fell out of the game, and the team was left without one of the leaders. In turn, Lorenzo took a place on the right edge of the attack, Schurrle was on the left, and Til on the tip. However, this was a rather conditional arrangement, because the “tip” of Spartak’s attacks periodically became either the Paraguayan or the German.

However, these experiments did not greatly help the red and white. In the first half, Rubin constantly owned the ball and created several dangerous moments at the gates of Alexander Maksimenko. Especially good in the composition of Kazan was the technical Zuriko Davitashvili, who was looking for free space between the lines, boldly walked forward and collected fouls on himself. Red and white allowed the opponent to calmly develop attacks and practically did not meet the opponent in midfield.

The owners had no choice but to act on counterattacks, since the guests did not have time to return back regularly. Actually, during one of these counterattacks, Til could open an account at the end of the first half, but Yuri Dupin miraculously reacted to his strike from outside the penalty area.

Tedesco himself reacted quite emotionally to every meeting of the wards with the ball. He actively waved his arms and twisted circles on the edge. Also, the German regularly tried to prompt the players, even if they did not hear him too well due to the noise of the stands. In general, Domenico took every opportunity to talk with the players. So, while the doctors assisted Gigot, the coach gathered his wards around him and impulsively explained something to them. With a whistle for a break, the German immediately rushed to the locker room to continue the conversation there.

Fresh Mirzov and the assault on Spartak

Spartak returned to the field in the previous squad, but Tedesco began to make replacements very quickly. At first, he released Argentine striker Esekiel Ponce, rather inert in this match, rather than inert in this match. This was logical, because the position of the striker is not native to the Dutchman, and he did not act very well ahead, rarely clinging to the ball.

Then Domenico removed the tired Schurrle from the field, throwing the technical and quick Mirzov into battle. At first, it did not bring any benefit; Rubin still owned the ball and the initiative. Spartak didn’t look very well.

However, closer to the final whistle, red and white increased pressure. In many ways, this turned out to be possible just thanks to Mirzov. Fresh Reziuan on the flank twitched his tired opponents and over and over again carried out the most dangerous backache in the Rubin penalty box. At these moments, panic reigned in the defense of the guests, the hosts also began to correct unimportant statistics on strikes, Dupin had a lot of work to do, but these attacks were not crowned with a goal.

Tedesco reacted to his team’s game with yet another substitution. Swedish winger Yordan Larsson entered the game instead of Umyarov, who had a good match, as a whole. Naila fans were held with applause. The Swede went to the right flank of the attack, and the tired Melgarejo sank into the depths.

Thus, the German did everything so that his team snatched the long-awaited victory, but failed to do it in red and white. Nevertheless, Tedesco’s debut in Spartak can be considered successful, and the fans after the match even patted the new coach with restraint.

Sports 2019-10-19T17:07:21.449Z
Zero draw, tactical experiments and successful substitutions: how Tedesco made his debut in Spartak 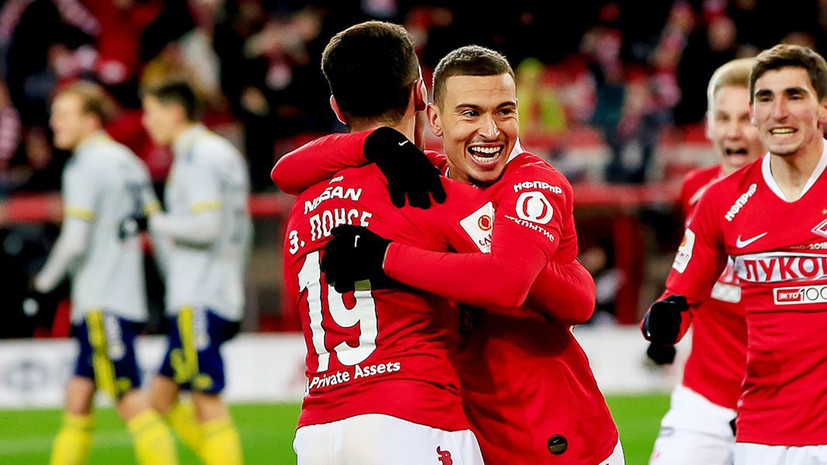 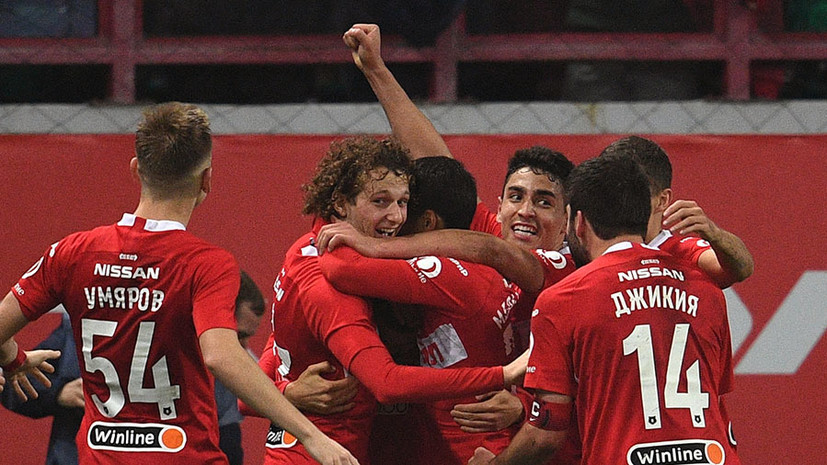 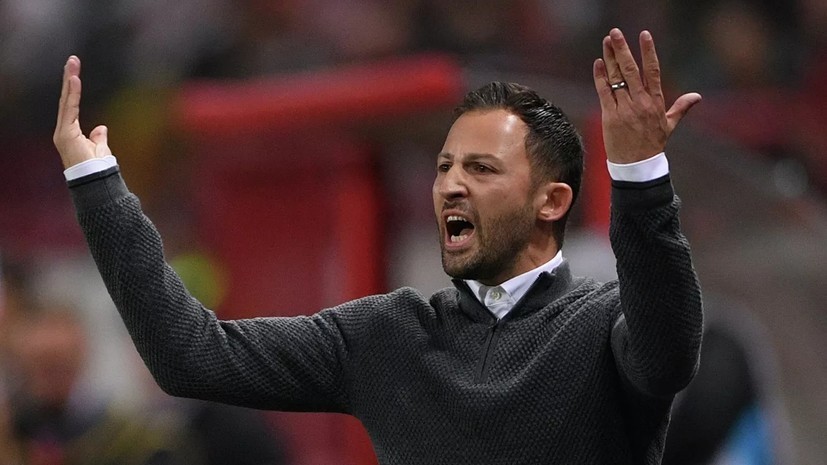 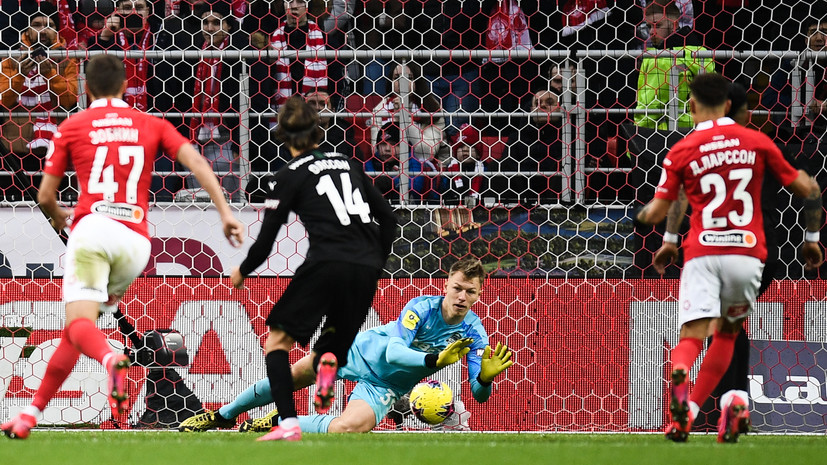 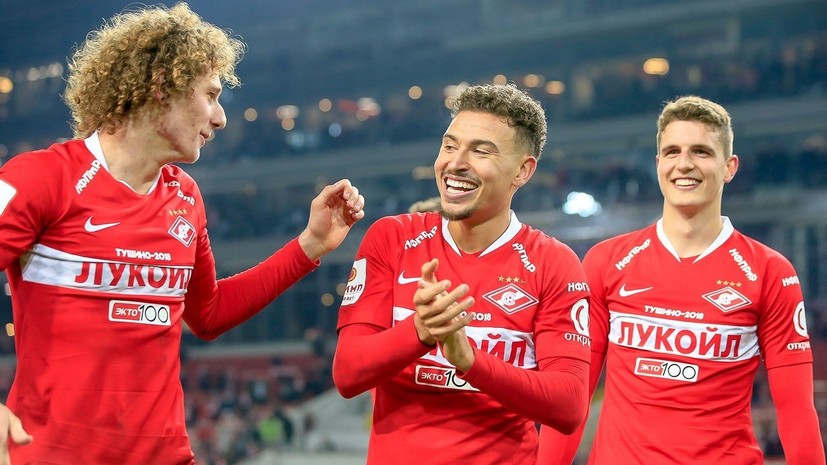 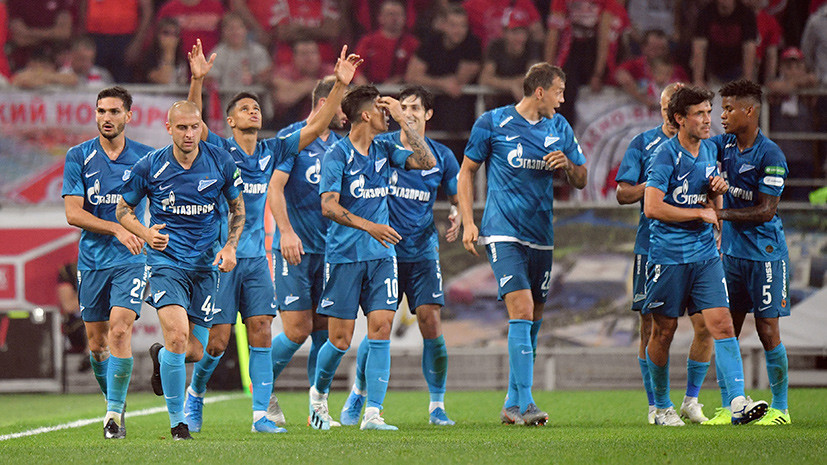 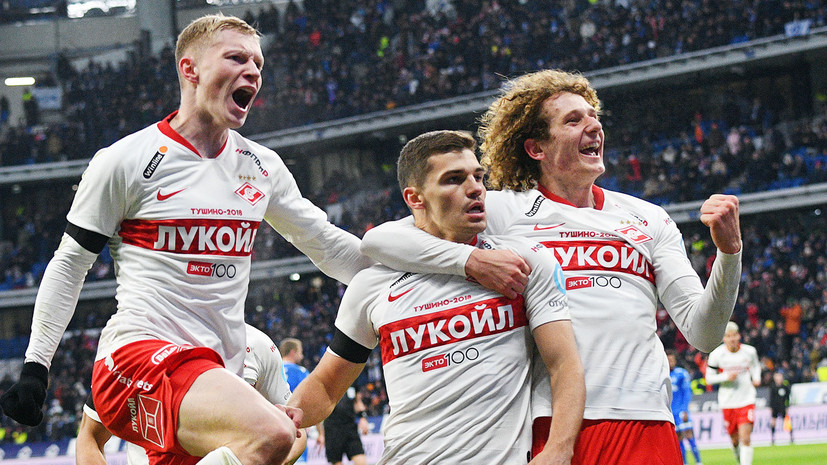