Russian Alyona Kostornaya won the Finlandia Trophy tournament. She was 22 points ahead of compatriot Elizaveta Tuktamysheva and became the tenth figure skater in history to complete the triple axel. Meanwhile, a memorial to Denis Ten took place in Alma-Ata. The ex-student of Eteri Tutberidze Serafima Sakhanovich became a triumph for women, and 14-year-old Daniil Samsonov set a new world record among juniors. 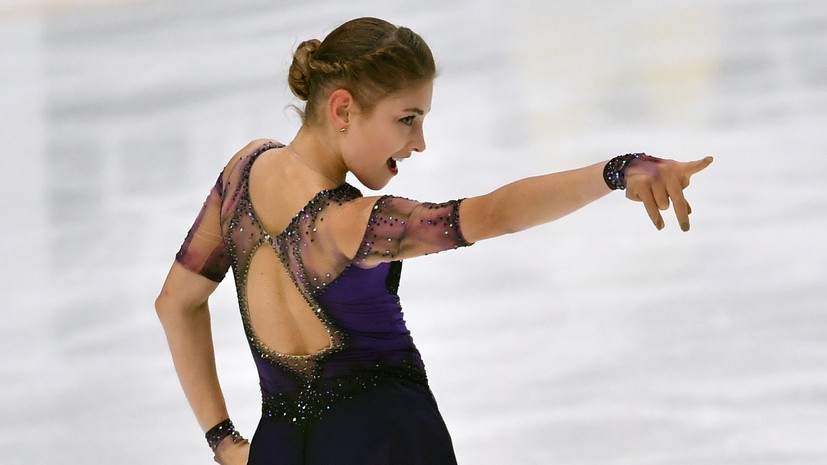 Russian skaters continue to dominate the pre-season tournaments. The main event of the weekend in figure skating was the Finlandia Trophy Challenger, held in Espoo. His winner was the silver medalist of the 2018 World Junior Championship, Alena Kostornaya. The second place was taken by her compatriot Elizaveta Tuktamysheva. Three leaders closed Japanese Johan Yokoi.

For a 16-year-old athlete, this success was the first at an adult level. The lack of experience did not prevent her from confidently declaring herself in the short program. According to her results, she was five points ahead of Tuktamysheva, in the arsenal of which was a triple axel. At the same time, many - including the student of Alexei Mishin herself - expressed doubt about the objectivity of the assessments. So, one of the judges significantly reduced points for triple lutz and components, which led to a decrease in the total amount.

Kostornaya stockpiled her main weapon for an arbitrary program. In it, she cleanly performed two triple axels at once, becoming the tenth figure skater in history, to which this element succumbed. In total, she scored 234.84 points.

To get on the first line of the 2015 world champion, impeccable skating was necessary, but she could not cope with her task. Performing the cascade, Tuktamysheva doubled the salchow, showed the wrong edge on the flip, and also made a number of other errors. The judges significantly reduced her mark for the technique, and for two programs she received only 212.53 points.

After the speech, Kostornaya said she intends to work on the stability of the implementation of the elements.

“Can I say that triple axels are my signature weapon? Probably not many girls have jumped them yet, but I wouldn’t say so, because this is such an element that someone else can learn. And I can not cope with myself and not do it. At the moment, I have no plans to strengthen the content, as it is necessary to work on stability, ”the Sports Business Online skater quotes.

Kostornaya’s victory in Finland once again proved the strength of Eteri Tutberidze’s students. The choreographer of the group, Daniil Gleichengauz, noted the character of his ward.

“I congratulate Alena Kostornaya on her victory in her first adult tournament and on showing her character and jumping the triple axel! Congratulations to our entire Team Tutberidze team. Thanks to everyone who is sick and worried about us! We always feel your support! ”, The specialist wrote on Instagram.

President of the Russian Figure Skating Federation (FFKKR) Alexander Gorshkov praised the performance of Kostornaya and other young figure skaters at the start of the season.

“Each of them has its very serious trump cards, which they demonstrated at the first adult starts. Alena has a triple axel and an excellent skate, looking at her skating you enjoy. Aleksandra Trusova is strong at performing fantastic complexity programs, Anna Shcherbakova is inspired at skating in the presence of a complex four-piece lutz. Good luck to all of them, ”TASS quoted Gorshkov as saying.

Interestingly, Kostornaya’s success was noted not only at home, but also abroad.

“This girl knows her job. She is like a breath of fresh air. She has a different energy, she stands out among all the athletes, including her teammates. All her movements are absolutely calibrated, ”wrote Tai Babilonia, world champion in 1979 in pair skating.

Adam Rippon, the bronze medalist of the Olympic Games in Pyeongchang, was so impressed with the performance of the Russian woman that he called her his favorite figure skater.

“I watched her short program live when I was in Finland, and almost burst into tears. She is incredibly good - even with triple axels, even without, ”said the athlete.

As for Tuktamysheva, she admitted that she was satisfied with her rental, despite the second place. At the same time, the athlete emphasized that she intends to make changes to her program.

“I was not able to make a new cascade for me, axel - oiler - salchow, since I have not yet fully developed it, I just included it in the program, but in general everything is fine. There was a technical error on Salkhov. This start for me is preparation for the Grand Prix, another check of the condition. What is it like? Good. Normal, working, ”said Tuktamysheva.

The victory in the competition of sports pairs was won by another debutant at the adult level - the Russians Anastasia Mishina - Alexander Gallyamov. They are almost 16 points ahead of compatriots Alisa Efimova and Alexander Korovin. The third line remained for Canadians Lyubov Ilyushechkina and Charlie Bilodo.

It is worth noting the performance at the Finlandia Trophy of the domestic pair Betin Popov - Sergey Mozgov, who won bronze in ice dancing. At the same time, in the men's single skating, the pedestal dispensed with the Russians. Its winner was the Japanese Sema Uno, and Sergey Voronov and Andrei Lazukin took sixth and seventh places, respectively.

According to Voronov, he did not have enough concentration for a more successful performance.

“The fact is that I have not been the last to warm up for a long time. It’s hard to ride the sixth - it’s like walking, stretching, and changing clothes, but then you need to go out and make yourself perform well. In general, I would rate the rental as “satisfactory”. There were no ridiculous mistakes, "butterflies." Yes, I fell from the axel, you can’t do that. But this is a twisted jump, he was at work, ”quotes Sport24, a 32-year-old skater.

In Alma-Ata, the Denis Ten memorial ended, organized in memory of the Sochi 2014 prize-winner, who was killed last July. Both well-known figure skaters and their less experienced colleagues gathered in Kazakhstan, which made it possible to put on a serious fight for awards, despite the informal nature of the competition.

The main sensation of the women's tournament was the performance of two-time winner of the world championships among juniors Serafima Sakhanovich. In training, she tried to perform the quadruple salchow, however, she disrupted the jump and decided not to include it in the program. However, the lack of an element did not prevent her from surpassing her rivals, first in short and then in free dancing. Silver was left to another Russian woman Anastasia Gulyakova, bronze - to the Bulgarian Alexandra Feigin.

Interestingly, Sakhnovich herself was dissatisfied with her rental. She said that it was hard for her to perform because of a lack of mood from the very beginning of the tournament.

“There are so many mistakes in an arbitrary program that I don’t want to say. I liked the tournament: organization, buses, training, an ice rink, a hotel, there is always some water in the locker rooms - everything is super. It was also a very warm welcome. They clapped, cheered for me, the impressions are very good, ”the ProSports.kz portal quotes the winner.

In men, one of her favorites, the Georgian Maurice Kvitelashvili, celebrated the victory. He is 30 points ahead of Russian Marat Ignatov. Three closed Estonian Daniel Albert Naurits.

Russians Lina Kudryavtseva - Ilya Spiridonov got the upper hand in the competition of sports couples, and the Germans Katarina Muller and Tim Dick left the gold in ice dancing.

It is worth noting the unique achievement of the 14-year-old Daniil Samsonov, who became the winner of the junior tournament. In total, he scored 264.04 points, which was the best achievement in the history of figure skating for this age category. 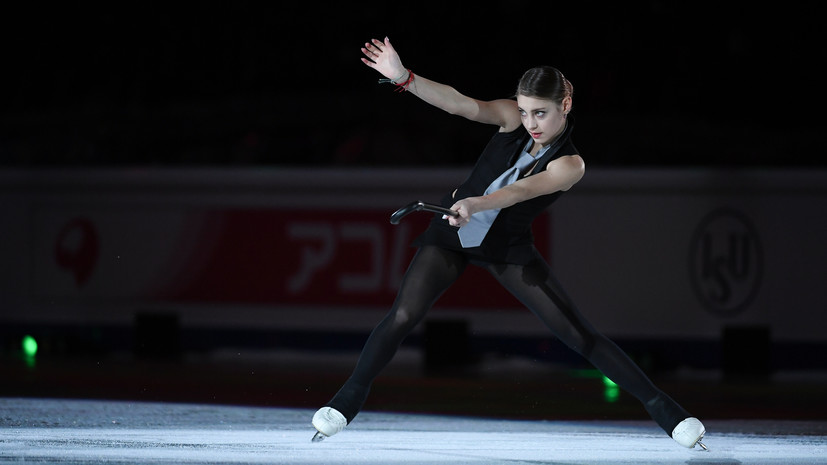 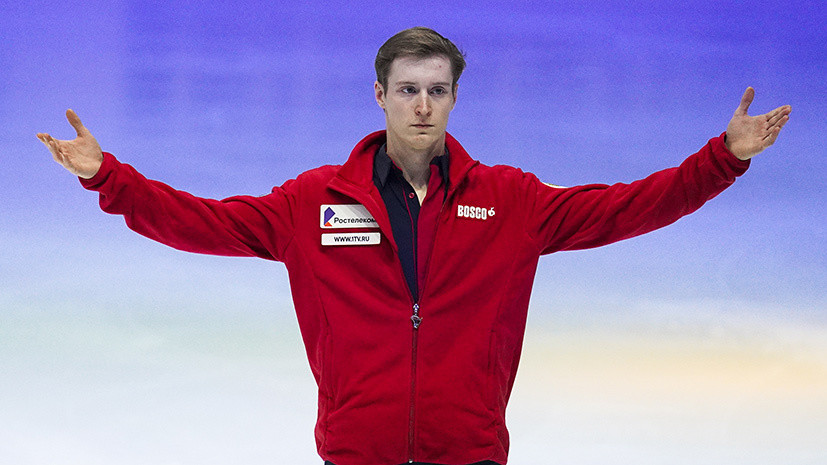 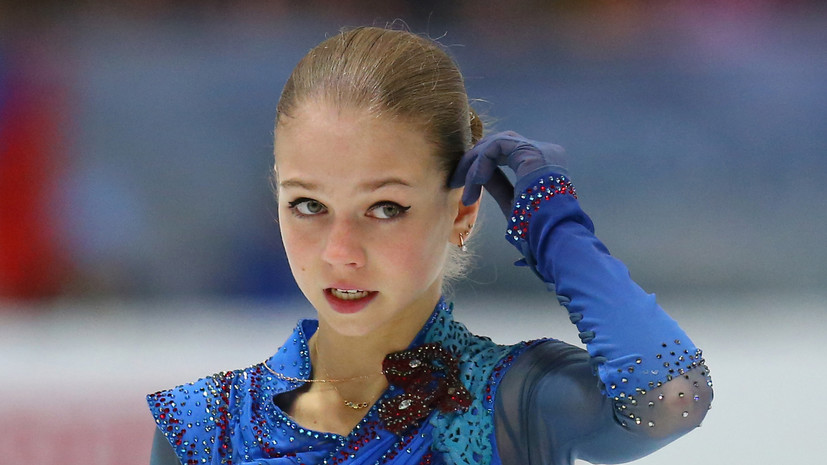 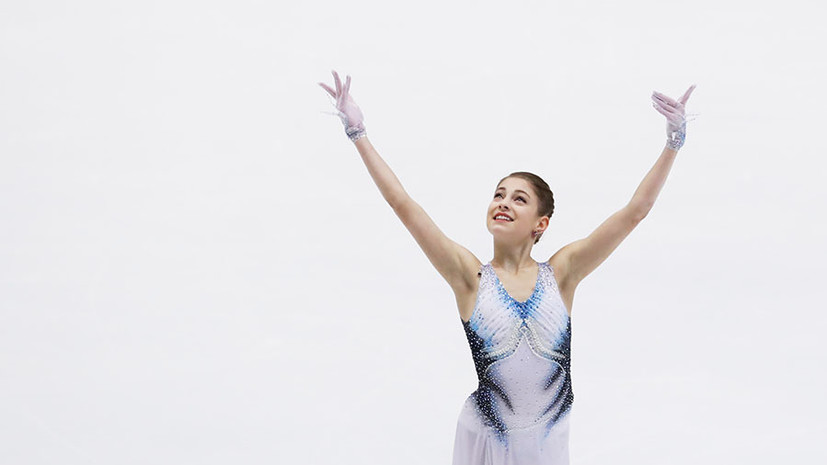 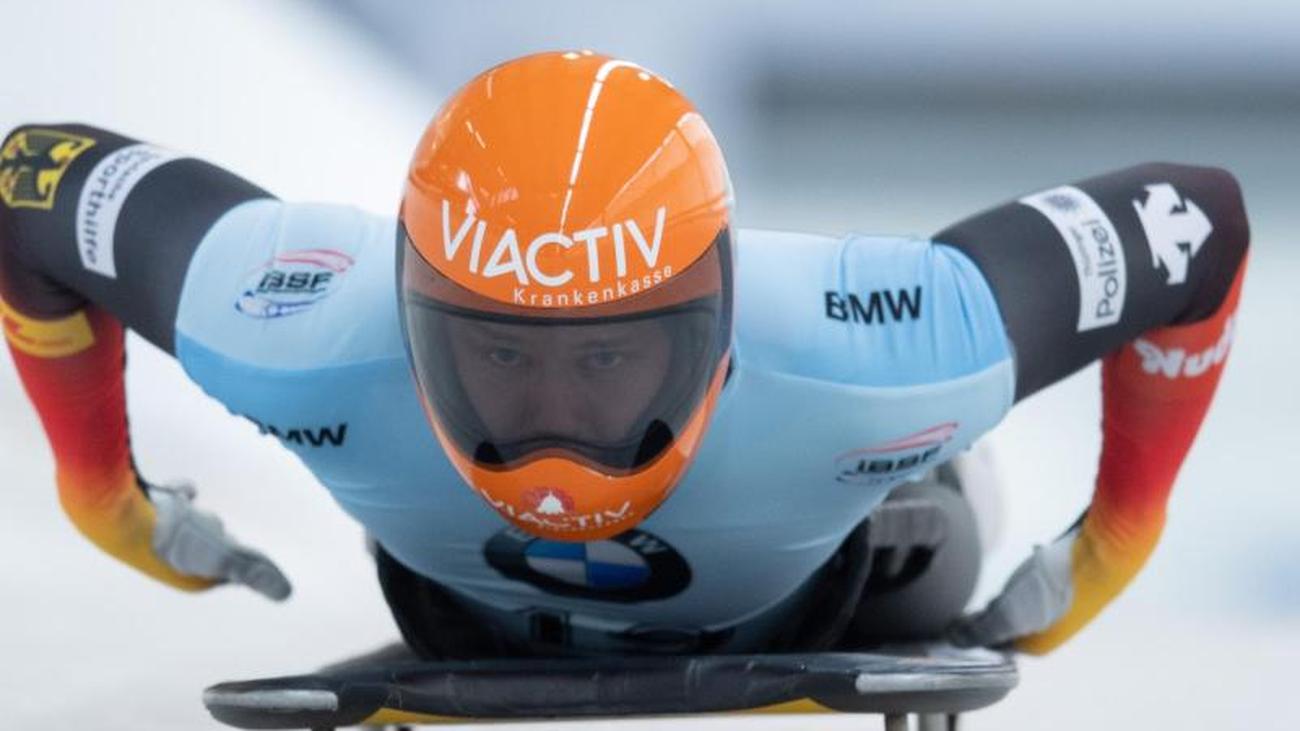 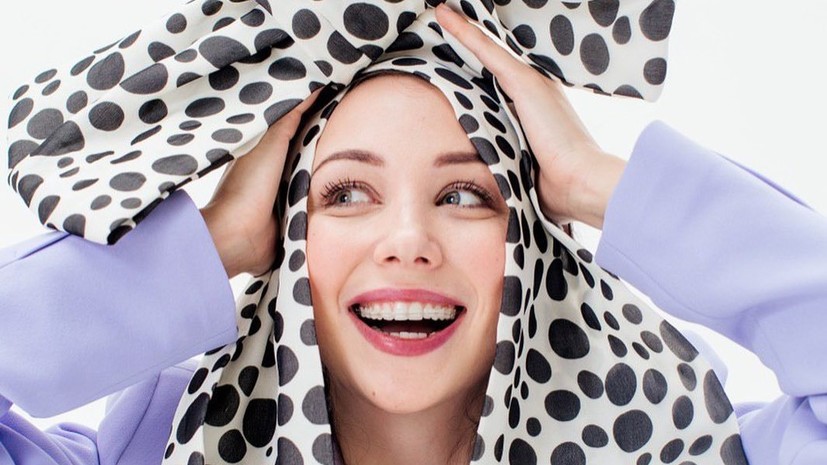 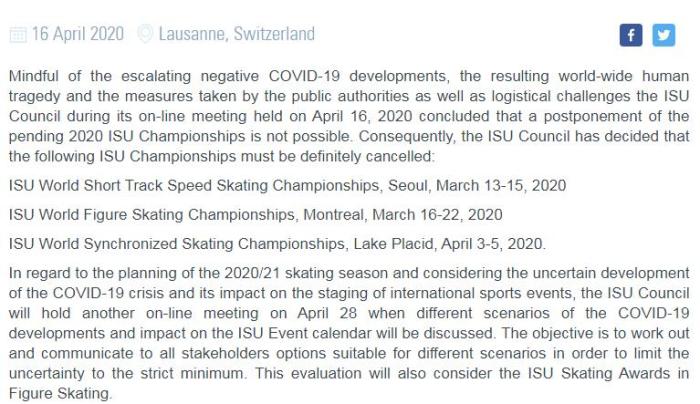