Barcelona's rating against Granada «less than 7»

Barcelona made a disastrous start in La Liga, and repeated the failed scene of the 1994-1995 season, with only seven points from five games, collected from two wins and one draw, in return for tasting twice to finish seventh. may be

Barcelona made a disastrous start to La Liga, and repeated the failed scene of the 1994-1995 season with just seven points from five games, collected from two wins and one draw, in return for tasting twice to finish seventh.

The Blugrana lost again after a modest 2-0 win against Granada in the fifth round of La Liga, despite the participation of veteran Lionel Messi in the second half, and the presence of Frenchman Antoine Griezmann and Uruguayan Luis Suarez!

Barcelona, ​​whose players have not rated 7 out of 10 according to the statistics site «Hugh Scord», disjointed lines, lost his soul, relinquishing his well-known personality, tactically low-fat, skimmed and fun, and distorted under the leadership of coach Ernesto Valverde, This has sparked outrage for the fans of the «Barça», which has always sung stars in the previous seasons, but it is now in front of a different team and an incomprehensible technical situation, despite the availability of names and tools to continue the path towards titles, and most importantly fun performance!

Catalan newspapers did not show mercy to their team, and headlined the newspaper «Mundo Deportivo» after the resounding fall: «disaster .. a team without a soul in Granada», «Sport» said: «Granada takes the colors of Barcelona», describing what happened as «the real disaster», Madrid newspapers have mastered hurting Barcelona's sentiments and headlined its dean Marca: "What a mess," noting that "Messi is participating ineffectively, Valverde complains about the poor pitch," and "AS": "Not even with Messi."

In spite of the high temperature of the deals signed by the Barcelona administration in the summer, most notably the signing of Griezmann, the lifting of his penalty clause with Atletico Madrid for 120 million euros, but Barcelona has not yet reap the expected technical value of the «French cock» who can not shout when The team needs him, as he has not scored any goal for the team away from the «Camp Nou» in four games locally and Europe, and failed to pay any shot at the opponent's goal!

Analysts and fans blame the failure of Griezmann and Barça in general to appear as required by coach Valverde, who directs the Frenchman to play on the wings and not at the heart of the attack, while throwing a card in the middle of the field and keep him out of the game at noon. De Jong and Rakitic are attacking midfield and giving them technical instructions that tend to defend instead of the usual rush from the Catalan school in the sweeping advances at the opponent's stadium!

And between Valverde and Griezmann and the lost technical accounts, Barcelona seem to be lost in the «La Liga» and even in the Champions League, especially since the team survived the defeat at home to Borussia Dortmund, thanks to goalkeeper Stegen, who saved a penalty, and without the team would be defeated.

The current scene of Barcelona accelerates the decision of the management of the club imminent dismissal of Valverde, and provide the necessary alternatives to save the season before it is too late, especially as a state of distrust between the players and the coach began to appear on the faces of Barca stars and their tactical behavior on the pitch, as it was not the birth of the moment, but since the great thunderbolt The team suffered a farewell to the Champions League, last season, at the hands of Liverpool 4-0.

We wonder .. Are we witnessing an exceptional season with Barcelona's dismissal of Valverde and the sacking of the Real Madrid coach Zinedine Zidane, which is not unstable, and we are witnessing a new journey of competition between the two rivals?

The coach, Ernesto Valverde, expressed concern about the accumulation of negative results for Barcelona, ​​the Spanish champions in the last two seasons, especially outside the Camp Nou, stressing that he is responsible.

"Obviously, I am concerned because we are not doing well outside our home," Valverde told a news conference after the game. "When this happens two or three times, it is a symptom that we are not in good shape."

Asked about his responsibility, Valverde said: "It is true that the players are on the pitch, but the coach is responsible, I feel responsible."

"I consider that we can always win or lose, but at least when we lose we must always show that we were worthy of winning."

"There are players who started to compete late because of injuries or other things, but we weren't good," Valverde said. "In away games we don't make good matches. We control but we don't turn that control into opportunities to score goals."

The coach, who has led Barcelona to the league title in the past two seasons and the Spanish Cup 2018, said his players "lacked power in the most important area, in the last 30 meters (from the pitch)."

But he also touched on the defensive side of the Catalan club, which after Saturday's games became the worst defense in the league so far this season, with nine goals (equal to Real Betis).

He felt that «these figures do not feel flattered, and does not resemble our performance in the past years».

• «Mundo Deportivo»: disaster .. Team without a spirit in Granada. 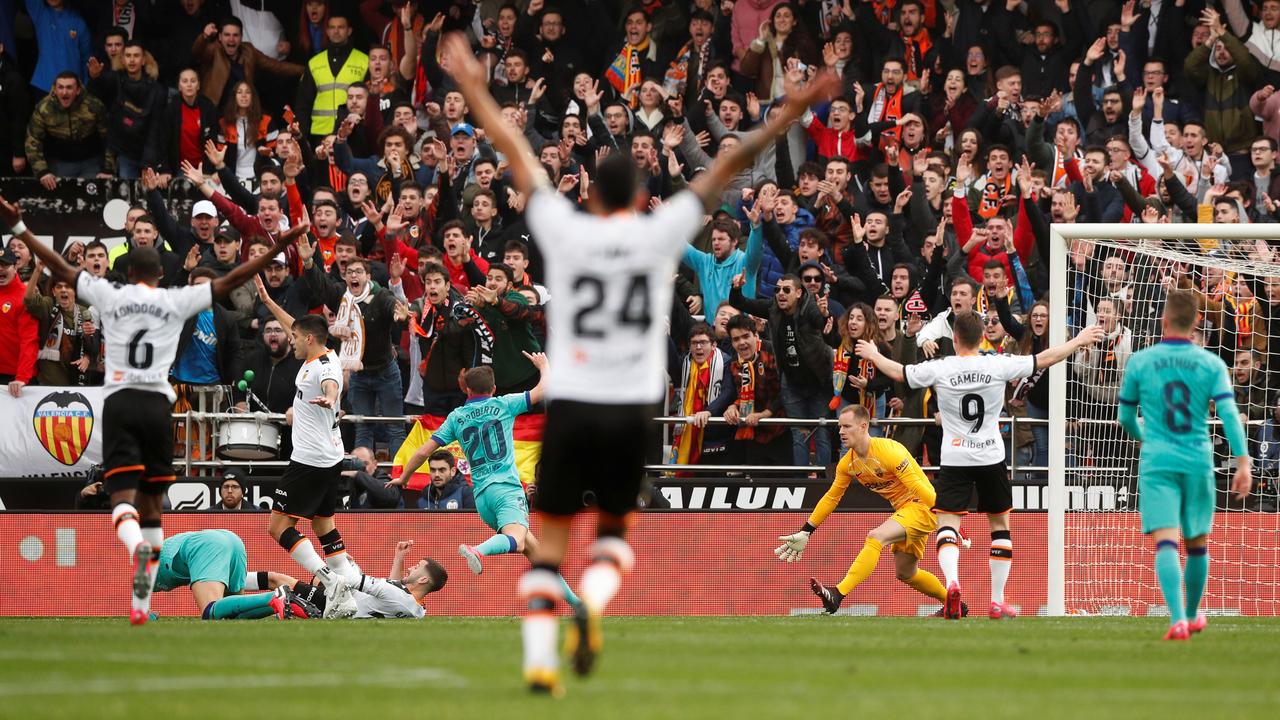 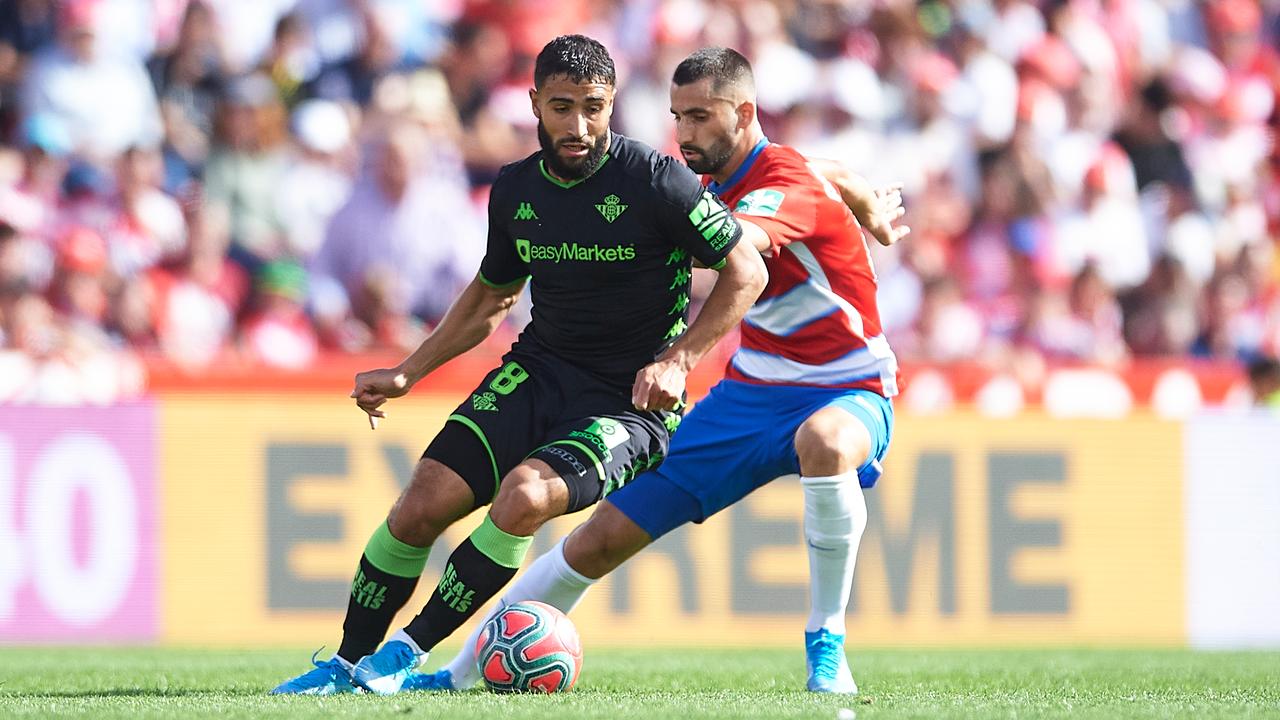