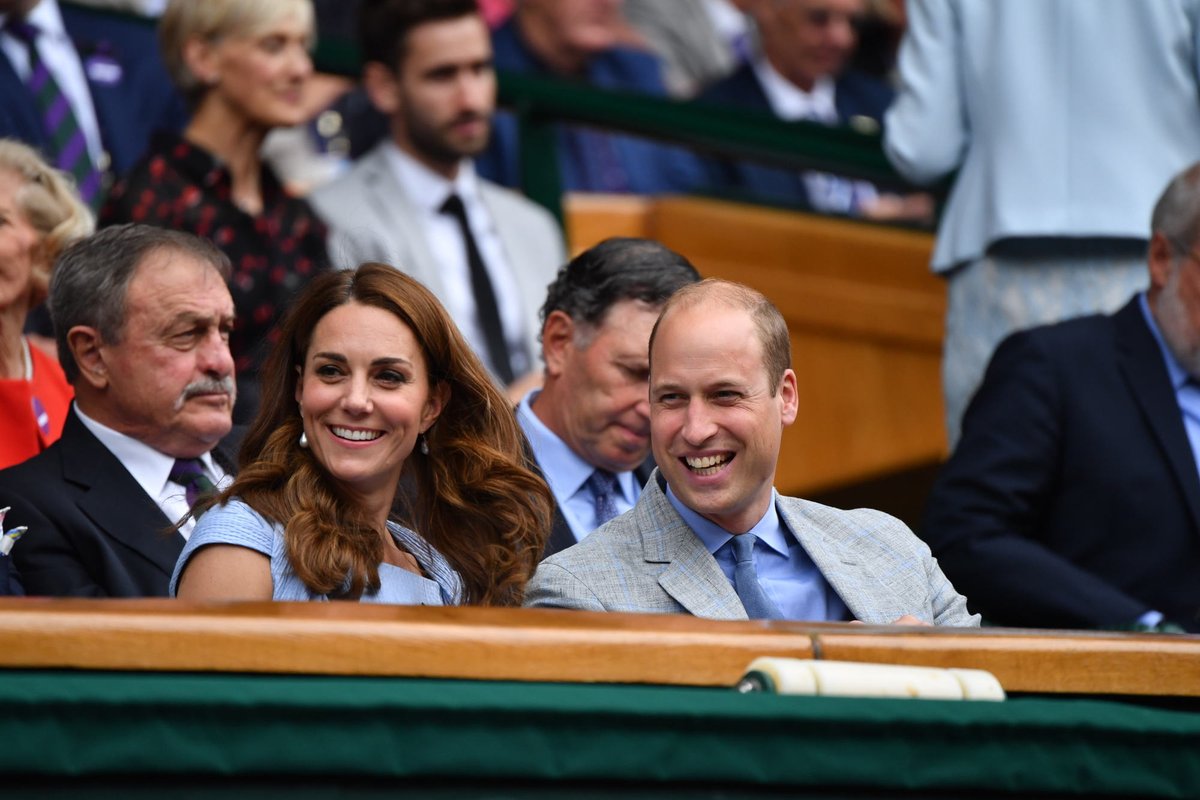 Challenges and Federer. That has not been a good combination for years and not today. The first hawkeye does nothing for the Swiss.

The necessary royals are also present at the Center Court today.

Federer takes the lead again: 1-2. The Swiss serves well, but still has some difficulty with Djokovic in the rally.

Game Djokovic! The Serbian comes easily to 1-1, after some mistakes by Federer.

That is how both men entered the track. We are going to start the final ...

A few more minutes until we really start in London.

The finalists are now responding. The stadium is well packed.

No ordinary day at the office today

Both men enter the track with loud applause. They will first respond before we really start.

Djokovic and Federer walk towards the entrance of the track. They will enter the Center Court in no time.

Here it will all have to happen for Djokovic and Federer.

The inevitable poll for today: Who wins Wimbledon in men and how?

Great news even before the men's final: Wheelchair tennis player Aniek van Koot wins the doubles at Wimbledon after the singles. Together with Diede de Groot, she is far too strong for Marjolein Buis and Giuliu Capocci in the final. The Dutch couple only need an hour on Court 3 to beat the Dutch / Italian couple 6-1 and 6-1.

Djokovic, regardless of the result, remains the number one in the world. Federer passes Nadal (second place) if he manages to win here today.

In half an hour Djokovic and Federer will report to the Center Court in London for the Wimbledon final.

Djokovic and Federer have played each other 47 times. The Serbian won 25, the Swiss 22. The last four meetings all went to Djokovic.

Is Federer 21 or is Djokovic taking his sixteenth Grand Slam today?

Federer and Djokovic have some experience with finals at Wimbledon:

Road to the final ! How did both men reach the final battle?

Federer and Djokovic meet each other for the fourth time at Wimbledon and for the third time in the final. The previous encounters went like this:

Roger Federer and Novak Djokovic were on the same side of the net at the end of September last year. The Swiss and Serbian, the finalists at Wimbledon this afternoon, played doubles together in the Laver Cup. They did lose to the American Jack Sock and the South African Kevin Anderson: 7-6, 3-6 and 6-10.

If Federer wins today, he is another step closer to the prestigious record of Jimmy Connors. The 66-year-old American won 109 tournaments in his career, while the Federer counter now stands at 102 ATP titles. Djokovic has 74 titles to his name and can therefore pass Rod Laver.

Federer hunts Djokovic for the first Grand Slam victory in seven years
Roger Federer is one victory away from the ninth Wimbledon title in his career, but the 37-year-old Swiss will soon have to deal with 'fear gnner' Novak Djokovic. The five-year-old Serbian won eight of their last ten encounters and has been unbeaten against Federer for seven years at Grand Slam tournaments. The last time Federer won at a Grand Slam tournament against Djokovic was in 2012 (semi-finals of Wimbledon in four sets). Federer took revenge for the defeat against Djokovic from a month earlier in the Roland Garros half-final battle. (1/3)

The two met four more times after that encounter at Wimbledon on a Grand Slam and Djokovic won each time. The number one in the world beat Federer in 2014 and 2015 in the Wimbledon final, after which he also won the US Open final (2015) and the Australian Open (2016 semi-final). A victory over defending champion Djokovic is also enough for Federer to rise to second place in the world ranking. That position is now in the hands of Rafael Nadal. The last time that Federer was in the top 2 in the world was in October 2018. (2/3)

Djokovic is in turn one win away from his fifth Wimbledon title - he also won the tournament in 2011, 2014, 2015 and 2018 - and in that case he is in a good line. Only Federer (eight titles), Pete Sampras (seven) and Björn Borg (five) could call themselves the winner of Wimbledon at least five times in the open era (since 1968). Although Federer is the record winner on the 'holy grass' in London, Djokovic seems to be a light favorite in the final. Of the last four Grand Slam tournaments, 'The Djoker' won three. He won Wimbledon and the US Open in 2018 and booked his seventh overall victory at the Australian Open early this year. (3/3)