"The victory of the Russian sport": CAS granted Mutko's appeal to a lifelong suspension from the Olympics

The Sports Arbitration Court in Lausanne overturned the decision of the International Olympic Committee on the lifetime ban on visiting the Olympic Games by Russian Deputy Prime Minister Vitaly Mutko. The verdict was rendered one and a half years after the appeal was filed. The honorary president of the Russian Olympic Committee, Alexander Zhukov, noted the significance of such a decision for the reputation of Russian sports. Mutko himself said that he was satisfied with the verdict of the court. 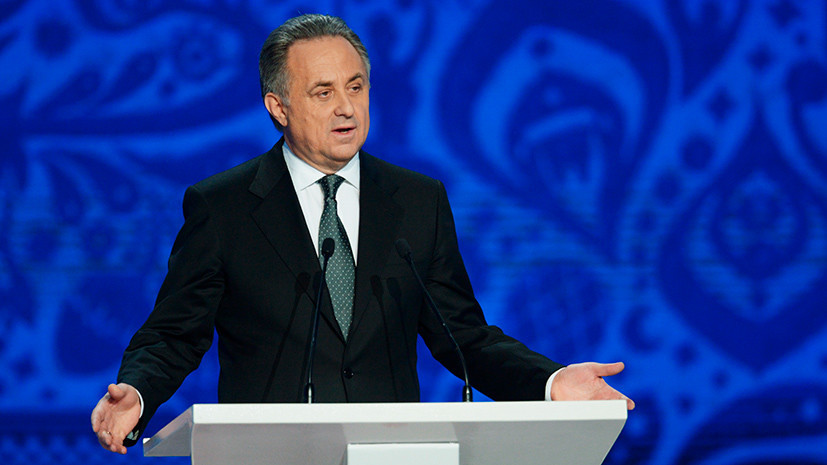 The Sports Arbitration Court in Lausanne (CAS) granted the appeal of the Deputy Prime Minister of the Russian Federation Vitaly Mutko to his lifetime exclusion from participation in any activity related to the Olympic Games. The decision of the International Olympic Committee (IOC) was recognized as illegal.

“The appeal filed by Vitaly Mutko on December 26, 2017, is granted. The decision adopted by the IOC Executive Committee on December 5, 2017, is annulled, ”the statement said on the official CAS website.

Mutko himself said that he was satisfied with the outcome of the proceedings. At the same time, the IOC stressed that the organization has the right to make decisions on the admission of certain persons before participating in specific competitions held under the auspices of the committee.

"We take note of the decision of the CAS, which deals solely with the formal question of the IOC sanctions authority in relation to persons not involved in the Olympic movement," the text of the press release of the TASS committee cites.

It is worth noting that the IOC has the right to appeal the CAS decision to the Supreme Court of Switzerland in the event that it considers that procedural violations were made during the consideration of the appeal.

December 5, 2017 Mutko was suspended for life from participation in the Olympic Games in any capacity. The reason for this was the outcome of an investigation conducted by a commission led by Samuel Schmid, who was tasked with proving the existence of a state program on the systematic use of prohibited drugs by Russian athletes during the 2014 Olympics in Sochi. At the same time, the IOC commission did not find evidence of Mutko’s direct participation in the machinations of doping at the Olympic Games 2014 in Sochi. He was removed due to the fact that at that time he was the head of the Ministry of Sports of Russia.

The politician himself completely denied not only his guilt, but also the existence of an organized system at the state level. At the end of December 2017, he filed a lawsuit in CAS. According to sports lawyer Artem Patsov, who represented his interests, despite the fact that it took the court a year and a half to consider the case, the final decision was made in absentia.

“I cannot say anything about the meeting, as there was none. Our colleagues from CAS studied the documents and found out that there is no sense to carry it out, since the illegality of the IOC decision was established according to the documents, ”the lawyer said.

"The logical conclusion of the struggle for innocence"

In Russia, a positive response to this verdict. Thus, the head of the Russian Olympic Committee (ROC), Stanislav Pozdnyakov, noted that the organization “respected” treated the CAS decision. In turn, the honorary president of the ROC, Alexander Zhukov, noted the significance of the verdict for the entire national sport and its reputation in the world.

“This is a very important and positive decision for us, it confirms that there was no state support for doping in Russia, which we have always said. I am extremely pleased that CAS has taken the same position. The accusations of the state program were always unsubstantiated, it was the false statements of Grigory Rodchenkov, who himself organized this system, ”said Zhukov.

President of the Curling Federation of Russia (FKR) Dmitry Svishchev congratulated Mutko on the positive end of the case.

“We know Mutko as a good organizer and sports functionary, and now he occupies a high position in the Russian government. Vitaly Leontyevich tend to fight. And what happened now, in fact, is the logical conclusion of his big and painstaking struggle, ”RIA Novosti quoted the official.

He also stressed that the conclusion of the arbitration court confirms the innocence of Russia, and also urged the policy to file a retaliatory claim for compensation for moral compensation.

“But the most important thing: the fact that CAS decided to satisfy his petition is a serious victory not only for Vitaly Leontyevich, but also for the whole Russian sport. Because they recognize not only his rights as a citizen of Russia, but also the fact that the violations that all of us were accused of are in fact unfounded. If all Mutko’s demands are met, then there is no corpus delicti. And he suffered punishment, substantial moral costs and spent a lot of nerves, ”Svishchev concluded.

In turn, the President of the Russian Wrestling Federation (FSBR), Mikhail Mamiashvili, noted Mutko’s contribution to the development of Russian sports.

“I am glad that justice has triumphed. Yes, such as Mutko will always be disagreeable, where it is more convenient to use inert, toothless and controlled "professionals. The contribution he made to the development of Russian sports, his dedication and the effectiveness of his work in sports cannot be overestimated, ”said the functionary.