Accused of having cheated to win her title in 2013, Victoria Azarenka says it took ten years to recover from the psychological shock and, if she is still on edge on the subject, it is with… 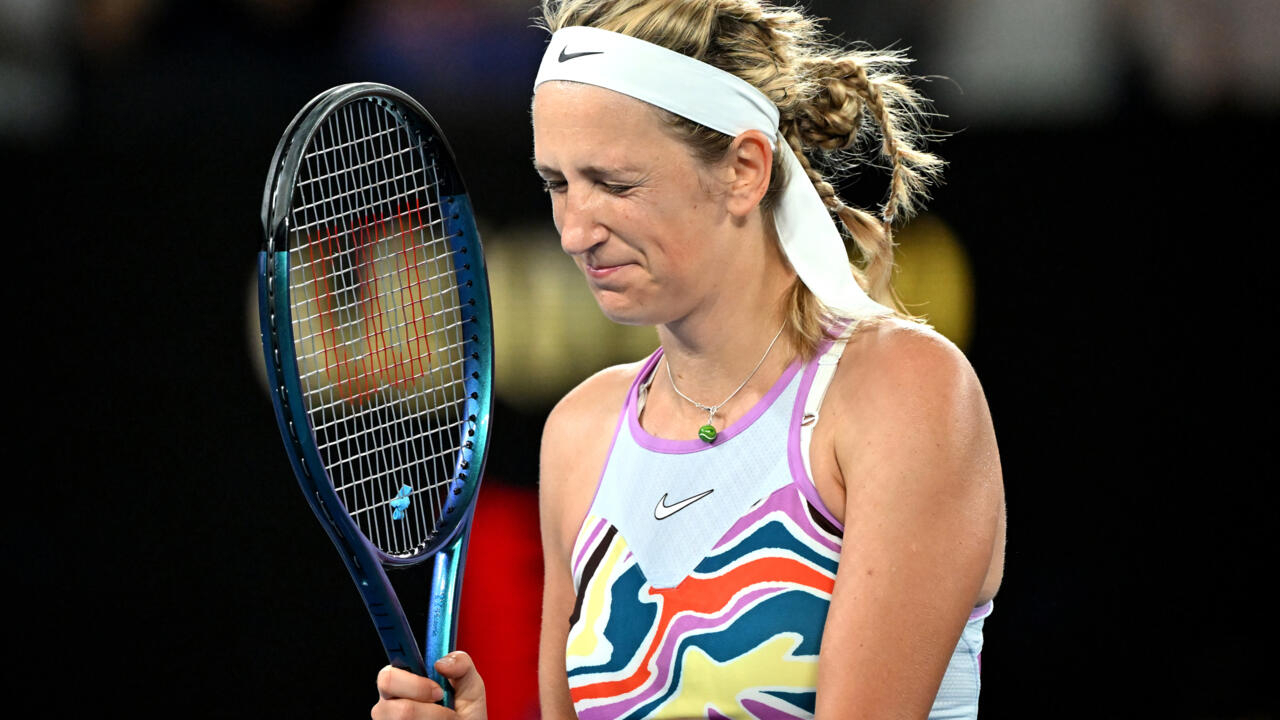 The 24th player in the world will be opposed to the Kazakh Elena Rybakina (25th), champion at Wimbledon last year.

The other semi-final will oppose the Belarusian Aryna Sabalenka (5th) to the Polish Magda Linette (45th).

It is with a certain distrust, and sunglasses in a bunkered room, that Azarenka lends herself to the game of the press conference.

With professionalism, but ready to jump at the throat of anyone who asks the wrong question.

She returns with sincerity to her recent psychological difficulties.

"The fear of failing" was a big factor in his unhappiness.

"I got to the point where I couldn't find anything good in myself, I couldn't find a positive sentence to say about myself," she admits, admitting to having suffered from panic attacks in particular.

She had thus abandoned in the middle of a match for no apparent reason in the third round in Miami last year, before explaining: "I should not have entered the court today. The last few weeks have been extremely stressful in my life. ".

Belarusian Victoria Azarenka has just beaten Jessica Pegula in the quarter-finals of the Australian Open on January 24, 2023 in Melbourne © Paul CROCK / AFP

And in Ostrava in October she was beaten in the first round and "broke a few racquets".

But she considers that this defeat marked a turning point.

"From there, instead of trying at all costs to be positive, I just tried to stay neutral and not fall into the negative. To accept my anxiety, my fear. And to work on it, one step at a time,” she explains.

Until arriving in Melbourne, therefore, where she admits "much more enjoying being on a court" than in recent months.

"And I can't wait to play one more match in the semi-finals and try to do my best there," adds the former world No.1, now 33.

So inevitably, as a new title begins to loom, Azarenka is asked about her last Grand Slam trophy, in 2013 in Melbourne where she had already won the previous year, and the circumstances in which she had beaten Sloane. Stephens in the semi-finals.

After missing five match points, she resorted to a nine-minute medical time-out and went on to win 6-1, 6-4.

She had to defend herself from having cheated and explained that she was seized with a panic attack.

Belarusian Victoria Azarenka in the quarter-finals of the Australian Open against Jessica Pegula on January 24, 2023 in Melbourne © Martin KEEP / AFP

But even today, at the mention of his victory against Stephens, the demon reappears.

"It's one of the worst moments of my career. The way I was treated, the way I had to explain myself until 10:30 p.m. because they didn't want to believe me... I took ten fucking years to recover from it", she gets carried away after her qualification for the semi-finals this year.

"I was called a cheater, it was said that I had pretended, that I had tried to distract my opponent. People who know me know how incompatible it is with my personality," he recalls. she again, recognizing that by dint of hearing these criticisms, she had ended up asking herself questions.

After a long work, she now "mocks" these criticisms.

But she understands Novak Djokovic's anger over the doubts surrounding the injuries he says he suffers from but which don't prevent him from winning.

The Serb lashed out on Monday, after beating De Minaur in the round of 16 when left thigh pain had put him on the brink of the abyss in the previous two rounds, to those who doubt the reality of his injury.

"Sometimes people have an incredible need for a villain and hero story. But we're not villains, we're not heroes, we're just ordinary human beings who go through so much... “, pleads Azarenka.

Belarusian Victoria Azarenka in the quarter-finals of the Australian Open against Jessica Pegula on January 24, 2023 in Melbourne © Paul CROCK / AFP

"The assumptions, the judgments, the comments, it's all crap because nobody knows the whole story," she insists.

Proof that, despite a clear revival of desire and confidence, there remains in the player this fragility which prevents her from considering a new title.

"I don't want to think about it. I just want to focus on what works, what keeps me calm and at peace."