“There is no doubt”: the Russian ambassador to the United States said that the Russian Armed Forces would destroy American tanks if they were delivered to Kyiv

If Washington decides to supply tanks to Kyiv, the Russian military will destroy these vehicles in the same way as other samples of NATO equipment, said Russian Ambassador to the United States Anatoly Antonov. The diplomat noted that a possible positive decision on the supply of tanks to Ukraine cannot be justified by arguments about "defensive weapons." As the ambassador stressed, no one should have any illusions about who is the real aggressor in the current conflict in Ukraine. 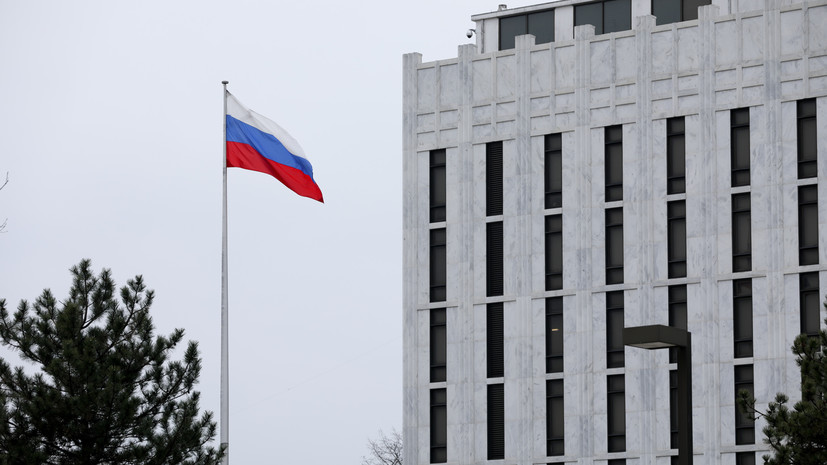 "Will be destroyed by our military"

Russian Ambassador to the United States Anatoly Antonov said that the Russian military will destroy American tanks if they are delivered to Ukraine.

Earlier, a number of media outlets reported on the prospect of a possible shipment of M1 Abrams tanks to Kyiv.

As Antonov noted, representatives of the American side "constantly raise the bar for military assistance to their puppets."

“There is no doubt that if a decision is made to transfer the M1 Abrams to Kyiv, American tanks will be destroyed by our military,” Antonov was quoted as saying by the Russian embassy.

As the diplomat stressed, in the case of deliveries of American tanks to Kyiv, Washington will not be able to justify this step with arguments about "defensive weapons".

According to Antonov, no one should have any illusions about who is the real aggressor in the current conflict.

Shelling of the DNR and LNR

The representative office of the Donetsk People's Republic at the Joint Center for Control and Coordination of Issues Related to War Crimes of Ukraine stated that over the past day, 14 facts of firing by the Armed Forces of Ukraine were recorded.

One person died, five were injured.

In turn, the representative office of the Lugansk People's Republic (LPR) in the JCCC stated that over the past day, the Armed Forces of Ukraine fired on the village of Rubizhne using 155 mm artillery.

According to the LPR, the cafe building was damaged as a result of shelling.

Volodymyr Rogov, chairman of the movement “We are together with Russia”, announced the failure of the plans of the Ukrainian military to attack in the Zaporozhye region.

“Thanks to our preemptive actions, the enemy’s plans to carry out a broad offensive against the liberated part of the Zaporozhye region were thwarted,” RIA Novosti quotes him as saying.

According to Rogov, now the Ukrainian troops are forced to draw up reserves, including from the Donetsk direction, in order to hold the front line.

Earlier, the agency reported, citing the Russian military, that the crews of self-propelled artillery mounts "Hyacinth" destroyed accumulations of the Armed Forces of Ukraine during the offensive in the Zaporozhye direction.

Also on russian.rt.com “They inflicted a fire defeat”: in the Kherson region they talked about the thwarted attempt by the AFU landing force to force the Dnieper

According to the interlocutors of RIA Novosti, the reconnaissance group identified pickup trucks accompanied by infantry fighting vehicles.

“After they took positions, we worked on them.

We work day and night, ”the agency quotes the words of a fighter with the call sign Ragnar.

According to him, the activity of enemy artillery has significantly decreased in recent days.

According to RT, on January 22 and 23, the Ukrainian military made two unsuccessful attempts to conduct reconnaissance in force and regroup troops in the Ugledar region, but the Russian Armed Forces discovered them and launched artillery strikes.

According to available data, the losses of the Armed Forces of Ukraine amounted to at least 200 people killed and wounded.

Thus, the Ukrainian troops tried to disrupt the beginning of the compression of Vugledar by the Russian military in the north near Vodyany and in the south near Pavlovka and Prechistovka.

It is noted that the units of the Armed Forces of Ukraine, after the second attempt to conduct reconnaissance in combat on light armored personnel carriers M113 and unarmored pickup trucks, decided to withdraw and regroup to repair equipment and replenish ammunition.

The accumulation of equipment of the Armed Forces of Ukraine was hit by the Giacint-B guns, as well as the Gvozdika and Akatsia self-propelled guns.

After the artillery strikes of the Russian army on the forces of the Armed Forces of Ukraine, Ukrainian M777 guns, which were located in the village of Maksimovka (located about 20 km northwest of Vuhledar), joined the counter-battery fight.

The Russian counter-battery radar "Zoopark" discovered the positions of American howitzers, which were controlled by units of the 15th artillery brigade of the Armed Forces of Ukraine.

Then, loitering ammunition "Lancet" was used against Ukrainian guns.