Wall Street opens slightly lower in a rain of results

After two sessions of strong growth, the New York Stock Exchange opened lower on Tuesday, under a shower of contrasting corporate results. 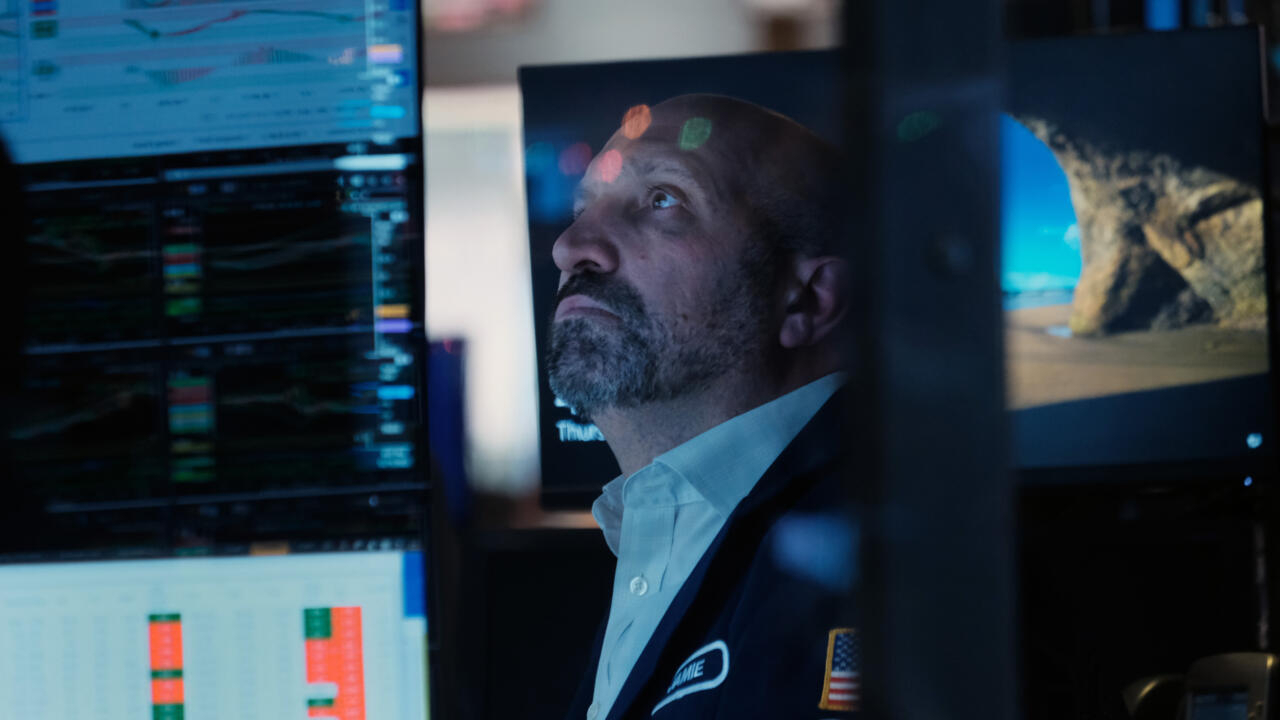 Some ten minutes after the opening, a certain number of titles were temporarily suspended from trading in New York for technical reasons for the moment unknown.

This was the case for Verizon, AT&T, McDonald's, Wells Fargo and Eli Lilly.

Trading had resumed for many of the suspended shares a few minutes later.

"You may have heard that the market has started the year well. But you may also have heard that companies' results for the fourth quarter and also for next year may not be good," he said. summary Patrick O'Hare of Briefing.com.

No less than eleven companies out of the thirty of the Dow Jones publish their results this week.

The burst of announcements expected on Tuesday, including Microsoft after the close, began with the 3M conglomerate.

The diversified group, which produces medical equipment, tape rolls and post-it notes, said it was preparing for economic difficulties this year and will lay off 2,500 of the 95,000 people it employs worldwide.

The American defense group Lockheed Martin has confirmed that it expects sales to stagnate in 2023, after a slightly better than expected fourth quarter, however.

Its turnover increased by 7% over the period, to 19 billion dollars.

Its net profit fell 7% to $1.9 billion, but reported per share and excluding exceptional items, it appears just above expectations.

Its competitor Raytheon (-0.12%) meanwhile benefited in the fourth quarter from the continued recovery in air traffic and reported a large order for surface-to-air missile systems for Ukraine.

Supported by the surge in hydrocarbon prices in 2022, the American oil services group Halliburton has seen its annual profit grow thanks to strong demand for its services and equipment.

Up 8% compared to 2021, its annual net profit thus reached 1.6 billion dollars last year, according to the results published by the group on Tuesday.

The General Electric group (+0.05%) for its part delivered better than expected quarterly results, boosted by the sustained activity of its aeronautical branch.

It posted a net profit of $2.1 billion last quarter, better than expected.

GE nevertheless posted a loss of $64 million for the year as a whole, having suffered from supply chain disruptions and high inflation.

Finally, Johnson and Johnson Laboratories (+0.21%) generated revenues of $23.7 billion from September to December (-4.4%), below the average forecast by analysts.

Sales of J&J's Janssen Covid-19 vaccine were zero in the United States for the last three months of the year.